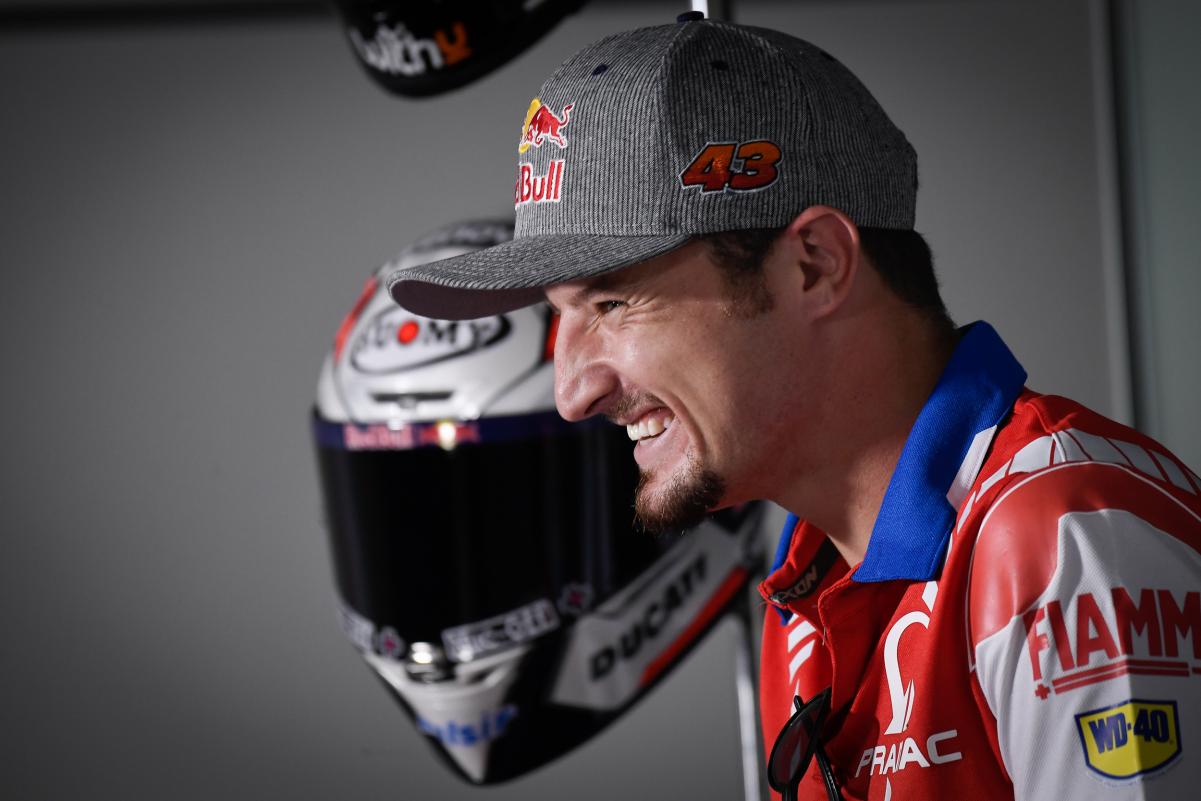 Jack Miller is excited about the youthful line-up which the three Ducati teams will collectively take into MotoGP next year.

Miller, who will be 26 years of age by the time the 2021 season commences, is the second-oldest of the sextet, behind only 30-year-old Johann Zarco.

The Australian will therefore also be the oldest regular race rider at the factory Ducati Team, where he will be joined by soon-to-be 24-year-old Francesco Bagnaia.

Both have already been team-mates, for the last two years at Pramac Racing, which will now field Zarco and Jorge Martin.

While having admitted he was ‘devastated’ to learn that Andrea Dovizioso would not be his team-mate next year, Miller is upbeat about the new arrivals in the Ducati fold.

“It’s about that time. A lot of the guys have been here a really long time.

“To see them go is always sad, but it gives a great hope for the next generation of guys coming through. Time goes on. People have to move forward.

“It’s cool to see some young guys coming in for sure… We might have the next Fabio on a Ducati and making us all look silly.”

The latter comment is a reference to Fabio Quartararo, whose signing at Petronas SRT raised eyebrows, but who proved himself a deserving MotoGP rider in his rookie season in 2019.

Such was the Frenchman’s performance, he was signed to replace Valentino Rossi at Yamaha Factory Racing in 2021 before the 2020 campaign had even begun, and went on to win the year’s first two races.

Bagnaia, the 2018 Moto2 champion, said about Ducati’s stable, “I think it’s the best line-up. A lot of rookies, a lot of experience.

“Zarco will help us too. The Ducati line-up will be very competitive for next year.”

Official action for 2021 is currently set to kick off with a Shakedown Test at Sepang on February 14-16.