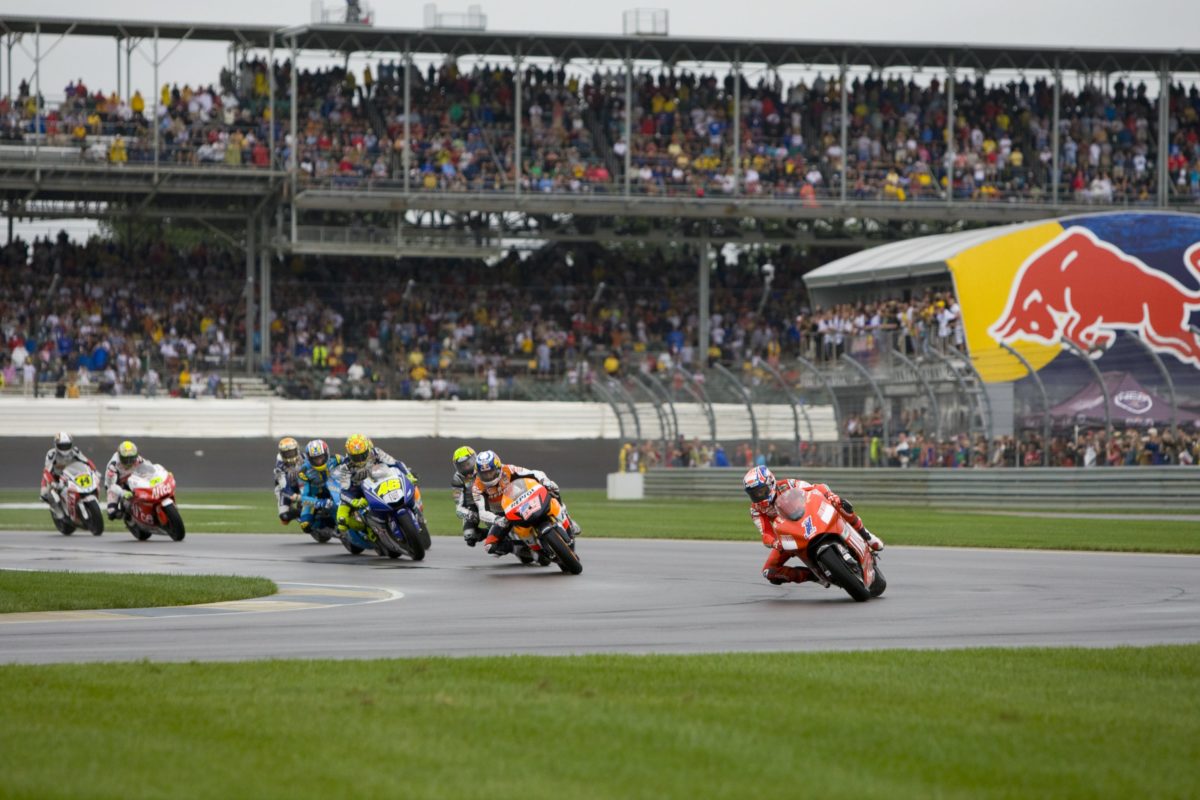 Casey Stoner (front of shot) rides at Indianapolis in 2008

A Ducati ridden by Casey Stoner in the 2008 MotoGP season has been put on sale for around $700,000 by a German dealer.

With Stoner having won his and Ducati’s first championship title in 2007, the motorcycle in question carries the #1 in his trademark Australian flag design on the fairing.

The Queensland-born rider finished runner-up to Valentino Rossi in 2008, but did pick up six race wins along the way.

Motorrad Speer, based in the city of Reutlingen, has put a EUR 449,000 price tag on the bike (including VAT), equating to approximately AUD 725,000 at current exchange rates.

Stoner spent four years at the factory Ducati team before a move to Honda which saw him claim a second championship, in 2011.

He retired from motorcycle racing at the end of 2012 and contested the following year’s Super2 Series with Triple Eight Race Engineering.

In more recent times, the now 35-year-old has battled chronic fatigue, a condition which he went public with just over a year ago.

Australia will once again be represented at the Ducati Team when Jack Miller steps up from Pramac Racing next year.