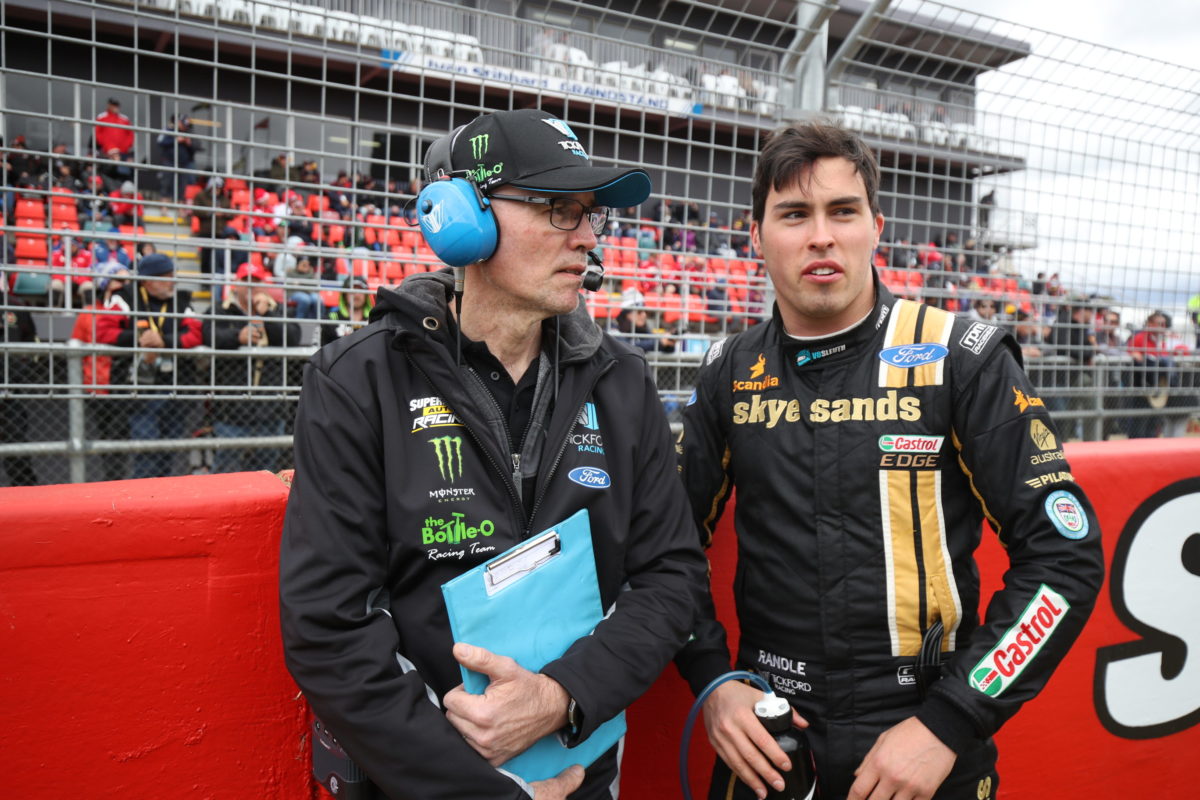 Thomas Randle during his first stint with Tickford Racing

Thomas Randle is back in the Tickford Racing fold after signing a multi-year deal which will see him contest next year’s Bathurst 1000 as a co-driver.

Randle initially became a Tickford driver in 2018 when he stepped into the Dunlop Super2 Series, and notched up his first race wins in the second tier in the following season.

It was also in 2019 when he debuted in the Supercars Championship, impressing in a wildcard outing at The Bend before sharing a Ford Mustang, and a podium finish in the Sandown 500, with Lee Holdsworth in the Pirtek Enduro Cup.

After a year away from Campbellfield, during which Randle won the Super2 title in an MW Motorsport Altima and drove for Brad Jones Racing at Bathurst, the 24-year-old will once again steer a Tickford Mustang in the Great Race.

“I am very pleased to say I’m returning to Tickford Racing,” he said.

“Obviously I got my first crack in a Supercar with Tickford so it’s great to come back and reignite the relationships I have with all the guys and girls in the workshop.

“We’ve had a lot of success together so I’m looking forward to achieving more of that on and off the track.”

Randle had been in the frame for a full-time tilt at the Supercars Championship with Tickford in 2021, but the team is understood to have not been able to obtain another Racing Entitlements Contract and is therefore set to field three entries next year.

He does, however, make for three of Tickford’s own former Super2 drivers in its ranks, alongside incumbents Cameron Waters and Jack Le Brocq.

“Thomas has impressed us in and out of the car since his first Super2 practice session all the way back in 2018 in Adelaide, so we’re thrilled to have him back for 2021,” said Team Principal/CEO Tim Edwards.

“It doesn’t take much to realise Tom’s one of the best up and coming drivers of his generation.

“He’s overcome some extraordinary challenges in 2020 which we’ve all followed closely, and when the opportunity to work together in 2021 arose we were all delighted to make it happen.

“Our team and our fans are elated to have him back in the fold, and we are very much looking forward to many more successes together in the future.”

Those ‘extraordinary challenges’ include a testicular cancer diagnosis which led to Randle undergoing surgery during the last pre-season, and managing the condition through the year.

It saw him jointly awarded the British Racing Drivers’ Club’s Innes Ireland Trophy, in recognition of his courage and sportsmanship, alongside Dr Ian Roberts, who played a key role in aiding Romain Grosjean following his terrifying Bahrain Grand Prix crash.

His podium finish with Holdsworth at Sandown in 2019 also helped the duo secure the same position in that year’s Pirtek Enduro Cup.

“I just want to thank my family and supporters,” said the Melburnian.

“It’s been a long journey to get to this point with all the racing I’ve done and the CV we’ve put together, but it feels like it’s all been worth it now.

“I want to make all the Ford fans proud, so I’ll certainly give it my all to raise more trophies with the guys and girls at Tickford in the years to come.”

Consistent with recent practice, Tickford has not yet specified whether Randle will partner Waters, Le Brocq, or James Courtney in the Great Race of 2021.

Its latest announcement comes just over a week after news that Zak Best will join the squad for next year’s Super2 Series, in an FGX Falcon.

Tickford took pole position for this year’s Bathurst 1000 courtesy of Waters, who combined with Will Davison to drive the Monster Energy Mustang to second in the race.

Next year’s official pre-season test takes place in mid-February at Sydney Motorsport Park before the curtain-raising Mount Panorama 500 is held on February 26-28, with the Bathurst 1000 slated for October 7-10.