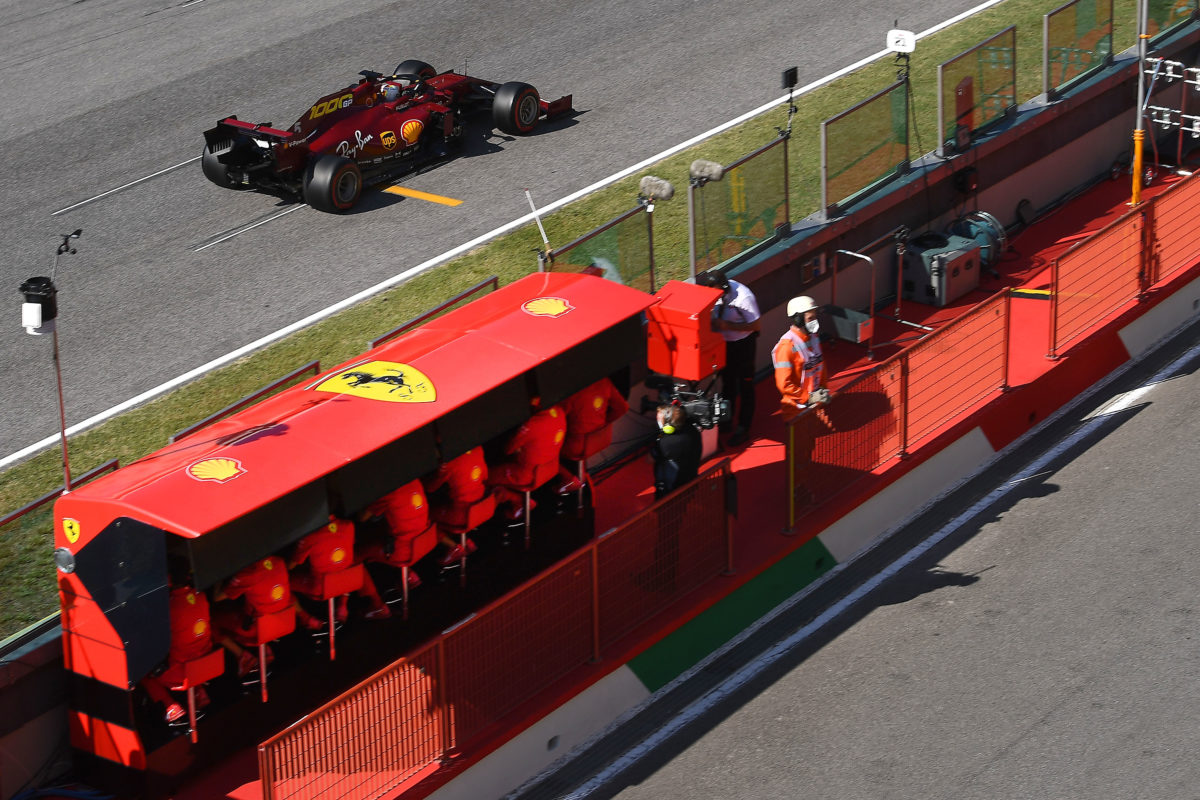 Ferrari is establishing a separate facility at its Maranello base from which staff who are switching to Haas will operate.

The initiative comes ahead of the implementation of Formula 1’s budget cap next year, and follows the announcement earlier this month that its Head of Chassis Engineering, Simone Resta, will move to the American-owned team.

Scuderia Ferrari has effectively been forced to shed people in order to meet the budget cap, but those who are going to Haas will continue to work from its headquarters.

Despite the supplier-customer relationship, only limited information will be shared between the two teams and Haas’s Maranello staff will operate from a separate building.

“Those persons will be in Maranello in a completely separate building to Scuderia Ferrari, so they will not have access to the Scuderia Ferrari building,” said Ferrari Team Principal Mattia Binotto.

“It is separate and they will remain in the area.”

On the relationship between the outfits, he explained, “They are customers, that’s the most straightforward and obvious thing.

“We are supplying them with power units and gearboxes for the next seasons, as we did in the past. It’s a long time now that we’ve been supplying them, it’s a team that we know very well.

“What’s happening more in the future, simply, I think that some of our people will join their team. I think that’s a great opportunity for them because it will reinforce their technical organisation.

“That was something that was necessary for us, because we had to reduce our organisation to fulfil the limitations of the budget cap, but still Haas is a fully independent team compared to Ferrari.

“It’s not a junior team and we are not exchanging information beyond what’s possible by the regulations, so it’s a completely different organisation independent to Ferrari.”

Binotto has previously raised the idea of entering IndyCar in some form in order to redeploy staff who would become surplus to requirements in its F1 programme with the advent of the budget cap.

He is pleased to have those people working for a customer rather than being cut adrift altogether and potentially joining an out-and-out rival.

“Today if I have to reduce my organisation, I’m certainly more happy to know that those guys are joining Haas and reinforcing their team instead of being simply on the market or available to whatever other teams,” said the Italian.

“So that’s certainly the way we are looking at the collaborations.”

The move is another example of the close ties between Ferrari and Haas, including the latter fielding Mick Schumacher in a race seat next year.

“We tried to create new synergies with our customer teams looking to the future,” remarked Binotto.

“You have seen recently, for example, a technical senior person like Simone Resta has moved into the Haas organisation (in) an important and significant role.

“He is not the only one who will move into the Haas organisation. A few other technicians will move, reducing our organisation which is required for the budget cap, but strengthening somehow the organisation of our customers and I would say partner teams.”

Haas is one of two Ferrari customers in F1, the other being Alfa Romeo Racing (Sauber).