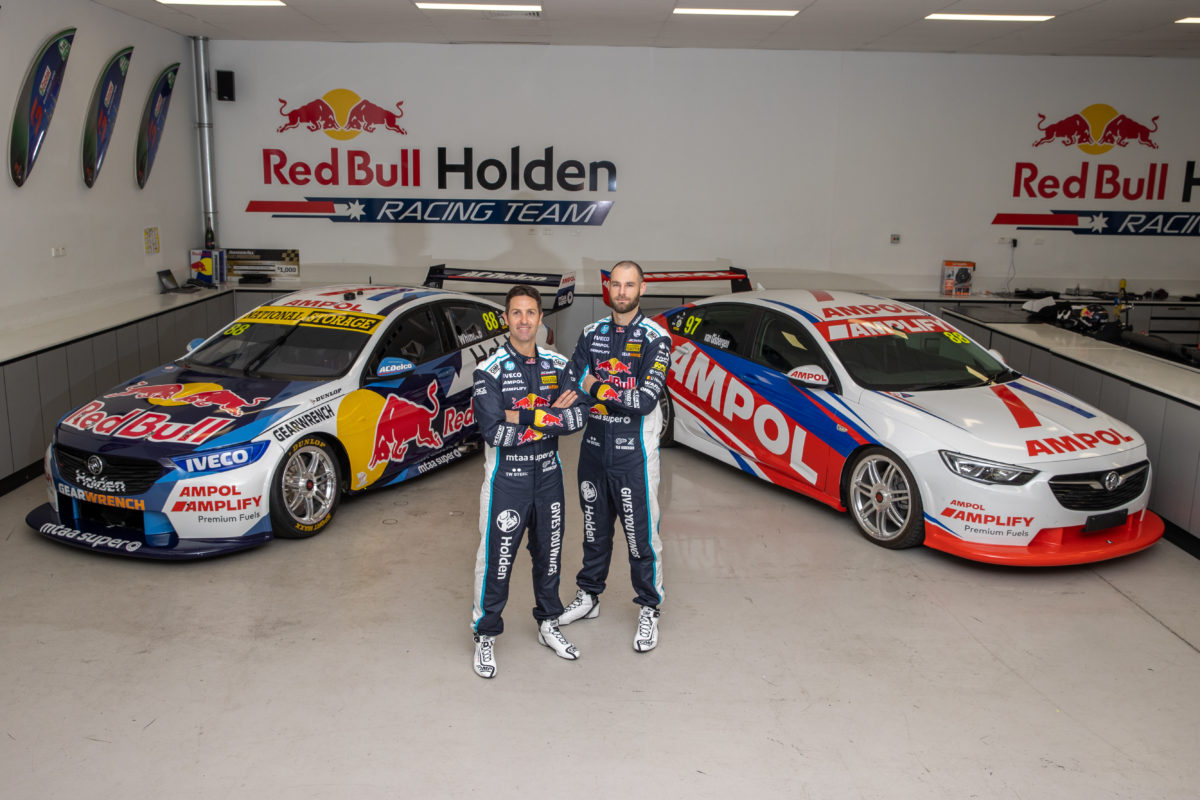 Triple Eight Race Engineering has shown off its new commercial logo ahead of a change to the ‘Red Bull Ampol Racing’ moniker in 2021.

The powerhouse squad is taking on a new identity due to the retirement of Holden, which initially had a deal covering the upcoming Supercars Championship season.

Instead, Ampol has been elevated to co-title sponsorship status, having been a minor backer of Triple Eight since 2005 in its now former Caltex guise.

The new logo is similar to the outgoing version, with Ampol’s branding replacing Holden’s in the more common stacked layout, underneath Red Bull’s.

The iconic petroleum organisation’s name returned to Australian motorsport this year in line with a larger corporate change which came about due to the cessation of a licence deal with North America’s Chevron.

Ampol’s ‘Amplify’ premium fuel brand has featured prominently on the front bar assembly of Triple Eight’s ZB Commodores since August, with the team’s new liveries set to be revealed closer to the start of the 2021 season.

Shane van Gisbergen and Jamie Whincup will continue as its regular drivers, with Craig Lowndes entering the second year of his enduro driver contract.

Garth Tander, who shared Car #97 with van Gisbergen at this year’s Supercheap Auto Bathurst 1000, indicated on the morning after winning the Great Race of 2021 that he expected to re-sign with Triple Eight.

In the new year, you’ll notice our digital channels transition to Red Bull Ampol Racing ahead of an exciting new era for the team.

Keep an eye out for updates about our 2021 season launch over the coming weeks!#RedBullAmpol pic.twitter.com/2RrUDyJVA5