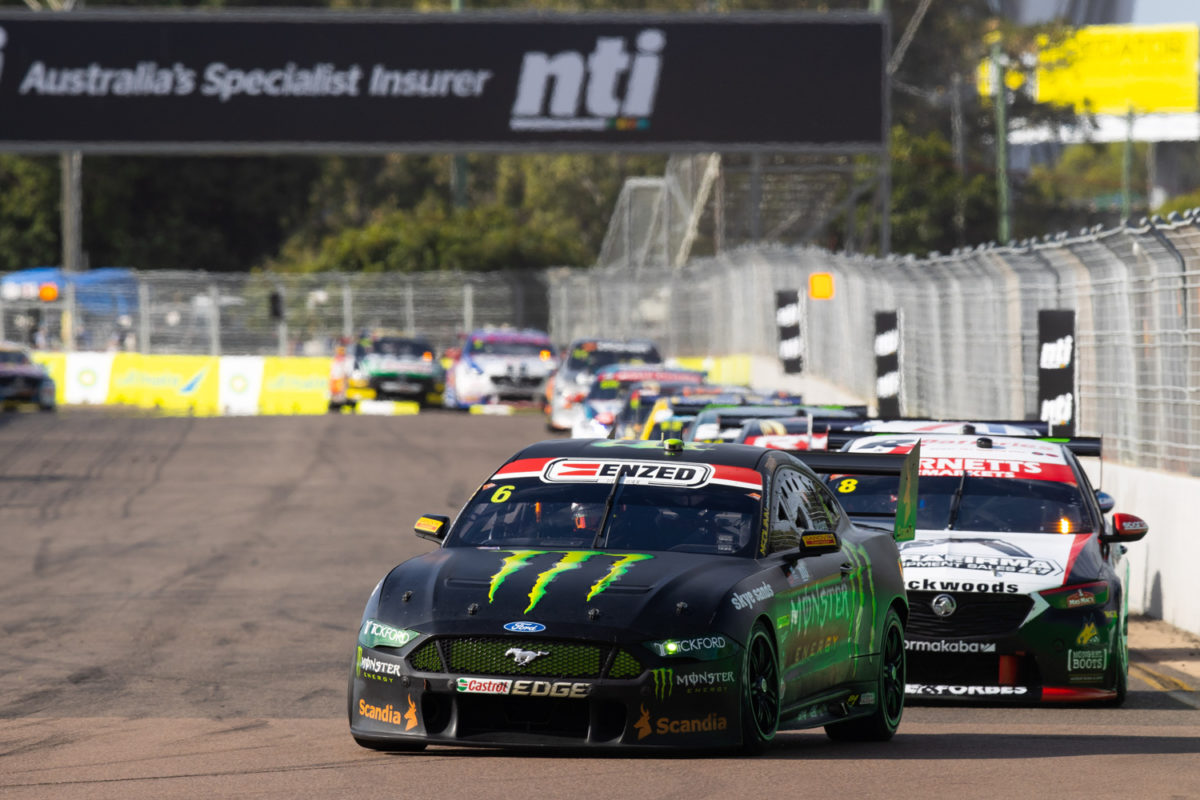 Supercars has revealed a mixture of sprint and longer race formats for 2021 and we ask if you think it has got the balance right, in this week’s Pirtek Poll.

A two-race template was thrown out when the 2020 Championship season resumed, due to logistical difficulties arising as a result of the COVID-19 pandemic.

Instead, every event after the long suspension in competition, save for the season-ending Supercheap Auto Bathurst 1000, was held as a trio of sprints such that refuelling was not required.

As foreshadowed by Supercars CEO Sean Seamer, that schedule will be the norm next year, and Bathurst will once again host the only enduro of the season instead of there being a three-event Pirtek Enduro Cup.

However, a pair of longer races will be held at those other events which arguably boast ‘marquee’ status, as has been customary since the Adelaide 500 reverted to its traditional format in 2017.

Specifically, the Mount Panorama season-opener, the Townsville visit, and the curtain-closer at the Gold Coast will be 500km affairs, equally split over the Saturday and Sunday.

The change is, of course, more significant for the Gold Coast, which had been part of the Pirtek Enduro Cup and run as a pair of 300km races from 2013 to 2019.

Longer races introduce fuel as a key variable, both in terms of how the mandatory fuel drop is spread across multiple pit stops (per sporting regulations of recent years) and how it generally creates a window for taking service.

However, depending on the tyre allocation, sprints can also lend themselves to a variety of strategic approaches to the race, or even the weekend as a whole, as was seen in 2020.

Thus far, we know that the new Super Soft compound will be used at Winton and Hidden Valley due to the low-degradation nature of those circuits, though the rubber allocation more broadly has not yet been announced.

What goes without saying is that a three-race format makes for one more race start than a two-race format, logic which was behind Adelaide’s shortlived split of the Saturday racing.

However, it is victory in the longer races which tends to be more celebrated.

There is also the question of what is traditional, and what value once places on tradition.

Three sprints was once the usual way of doing things in the Australian Touring Car Championship, but formats have chopped and changed from season to season, and often regularly within a season, for the past two decades.

Nevertheless, fewer races of greater distance has become established as the template for the big single-driver events, such as those of Adelaide, Sydney Olympic Park, and Newcastle.

Indeed, when the Mount Panorama 500 kicks off the 2021 campaign, it will do so with the format used by the Adelaide 500, which held season-opener status for most of its history. That extends to having two Top 10 Shootouts, as Adelaide had from 2017 to its last edition, at least for now, in 2020.

Ultimately, however, the question may simply be a matter of personal preference.

The breakdown for 2021 is, in broad terms, as follows: a Bathurst 1000, three 500s spread evenly across two races each, and eight sprint events. Notably, that means no Pirtek Enduro Cup.

Is that balance right? Is it not? If not, why not?