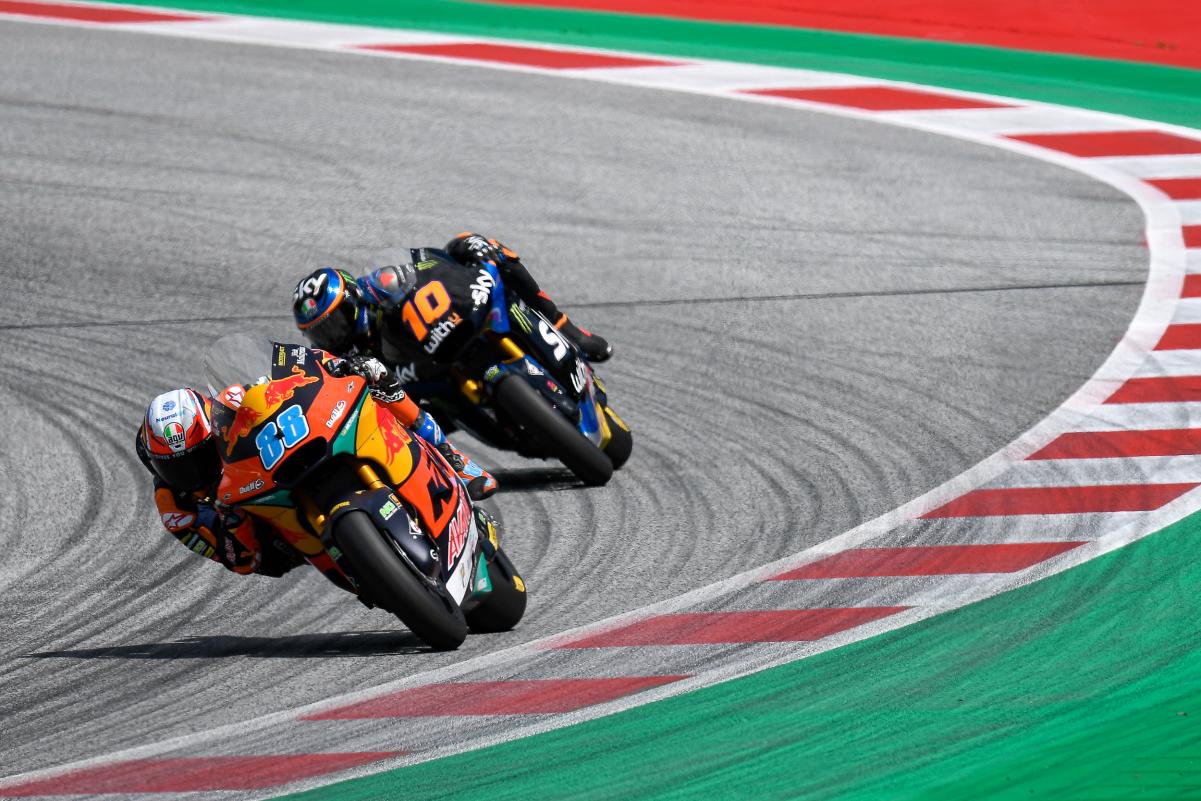 KTM has expressed its interest in supplying Valentino Rossi’s team in MotoGP should VR46 become a fully fledged premier class outfit in its own right.

VR46 will feature in MotoGP next year as a backer of the Esponsorama Racing (Avintia) entry which its 2020 Moto2 runner-up, Luca Marini, will ride.

Speaking in the weeks ahead of that announcement, Rossi revealed he has had talks with Yamaha about bringing his academy team into the premier class, although not before the new team participation cycle begins in 2022.

Such a tie-up would be a logical choice for VR46 given ‘The Doctor’, who is on his way to SRT, will have raced a Yamaha for 15 seasons by the end of 2021.

Furthermore, Tech3 boss Herve Poncharal claimed he had been told that he was the Iwata marque’s second preference to VR46, in the months before announcing his switch to KTM.

Poncharal asserted that there was no interest from Yamaha in supplying six entries (including its own factory team), but there are apparently no such reservations in Austria.

With Gresini Racing having confirmed its ongoing participation in MotoGP beyond 2021, but not necessarily with current partner Aprilia, and the possibility of an SRT split from Yamaha, KTM could have multiple suitors for a new satellite deal.

According to its Motorsports Director, Pit Beirer, it will consider all of them, including VR46.

“If you don’t do business in this paddock with someone who has broken his word, you’ll be on your own relatively soon,” he told German outlet Speedweek.com, referring to a past Moto3 deal which was called off by Gresini.

“We will hold talks with all serious interested parties.

“We would be happy to hear from Valentino at any point in time, but preferably not before 2022 or 2023.”

The latter element of that comment is a reference to KTM’s own development.

A powerhouse in offroad competition, it broke through for its first MotoGP race win at Brno in the early stages of the 2020 season courtesy of Brad Binder, before Miguel Oliveira added two more on a Tech3 entry.

KTM debuted in MotoGP in the 2016 season finale, in preparation for its first full season in the premier class, and Beirer would like to see it establish itself as a championship contender before adding another satellite team.

“As soon as we can say that KTM has finally reached the top, we will discuss whether we can equip a second MotoGP customer team,” he explained.

“If someone is interested, we would of course offer our bikes.

“But this is not the moment to discuss something like this.

“We took another huge step in MotoGP in 2020 because we won three races. We must first confirm this success next year.”