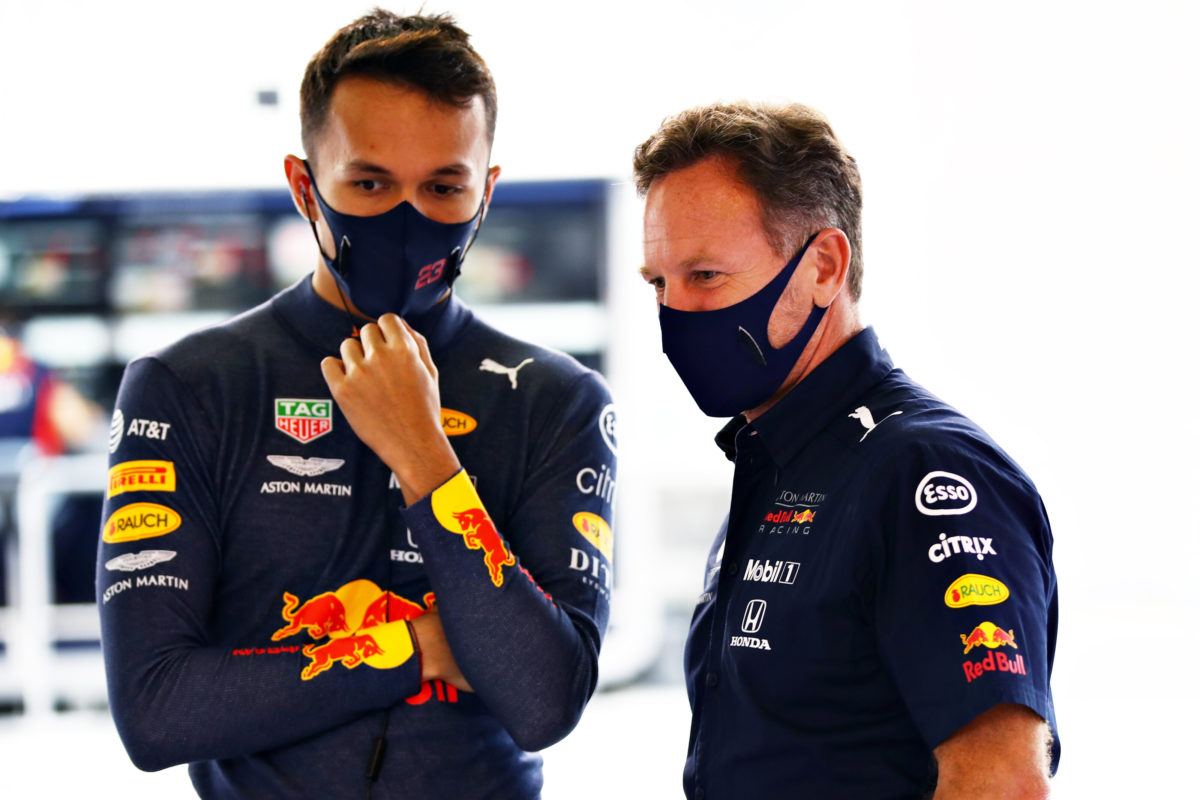 Alexander Albon has opened up on the hurt he feels after losing his seat at Red Bull Racing to Sergio Perez.

Albon has been demoted to test/reserve driver status with Red Bull in 2021, in a change which was confirmed days after the season-ending Abu Dhabi Grand Prix.

The Thai driver has had a rollercoaster ride in his brief Formula 1 career to date, beginning with a debut in 2019 which came about after he was prised out of a Formula E contract with Nissan.

It took only until his first summer break to be promoted from Scuderia Toro Rosso, as AlphaTauri was then known, to the senior Red Bull squad in place of the underperforming Pierre Gasly.

However, Albon found himself similarly vulnerable this year and, while Gasly was retained by AlphaTauri, the availability of Perez represented an ongoing threat.

Now that Red Bull has made the call to replace him with the Racing Point exile, Albon has taken to social media to express his disappointment, as well as his determination to return to the grid as soon as 2022.

“I gave it everything out there, but it wasn’t quite enough.

“I want to say a huge thank you to all of you that supported me throughout this year, especially my Thai fans. With all the different opinions out there, I always had you guys to push me through it.

“I’m not giving up, I’ve poured my life into this and I won’t let it stop here. I have more to give and my focus is getting back for 2022 and to wave the Thai flag again!”

Red Bull incumbent Max Verstappen has welcomed the appointment of Perez on the expectation that he will be more competitive than Albon and therefore able to increase the pressure on the Mercedes.

That is a point which Mercedes’ own Lewis Hamilton essentially agrees with, drawing a comparison with his own experience while fighting against the two Ferraris when he won the 2008 championship with McLaren.

Perez was available to Red Bull after another multi-time world champion, Sebastian Vettel, agreed to move from Ferrari to Racing Point, which will be known as the Aston Martin team from the 2021 season.