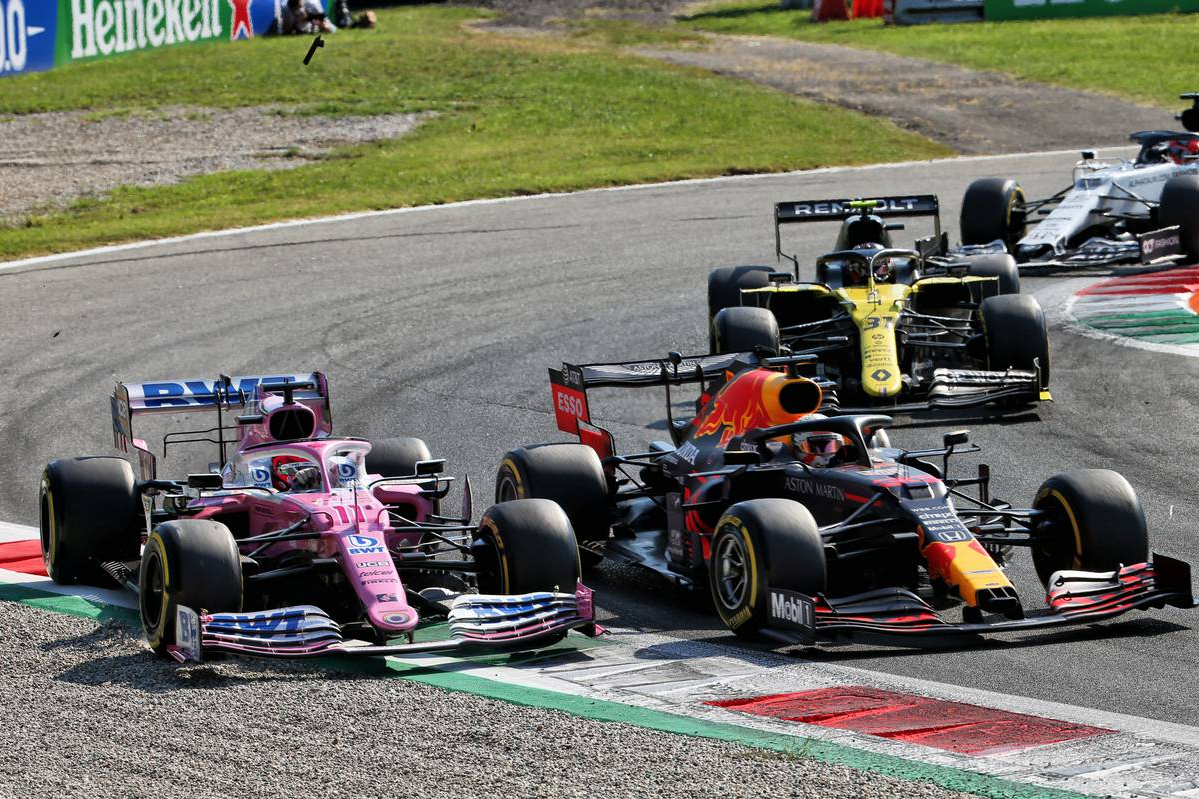 Max Verstappen hopes new Red Bull recruit Sergio Perez will be able to take the fight to Mercedes in 2021 more than Alex Albon was able to this year.

Red Bull confirmed Perez will replace Albon at the team in 2021, with the latter demoted to reserve driver.

It comes after Perez completed a career-best season in 2020, which featured a maiden win in Sakhir en route to fourth in the standings.

That didn’t stop the 30-year-old piecing together a strong run to fourth in the standings despite the Mexican missing two races due to coronavirus.

All the while, Verstappen remained Mercedes’ only genuine challenger as Albon struggled to string together consistent results.

Speaking at the 2020 FIA Prize Giving Ceremony, Verstappen said he was relishing the thought of Perez pushing him harder next season.

“It’s always a bit difficult to fight (Mercedes) and I just hope Checo (Perez) will be the one, first of all, to push the whole team forward but also keep me on my toes, which is always nice,” he said.

“To have a team mate pushing you, it’s exciting.

“I don’t think it’s going to change anything to my performance, but it’s more that we have a second car which is capable of being up there as well the whole race and trying to put a bit of pressure.”

Perez will become the fourth different driver to race next to Verstappen at Red Bull since 2018, following Albon, Pierre Gasly and Daniel Ricciardo.

While Perez’s 191-race career will continue, it marks an abrupt end to Albon’s time racing for Red Bull after his shock promotion just 12 races into his F1 career.

Albon replaced the struggling Gasly, who since returning to Toro Rosso (rebranded as AlphaTauri in 2020) has managed to turn his career around and won at Monza.

Red Bull was adamant Albon would be given until the end of the season to prove his worth, but the Thai driver failed to capitalise on the RB16’s strong performance at the Abu Dhabi season finale as Verstappen cruised to victory.

Verstappen admitted he ran a lone challenge to Mercedes in 2020, which was compromised as both Silver Arrows drivers could cover the Dutchman’s advances on strategy.

“Most of the time when we were quite competitive this year, I was the only car trying to beat them (Mercedes) and trying to do something different,” Verstappen said.

“But they can always do the right strategy… because they can cover me with one car.”