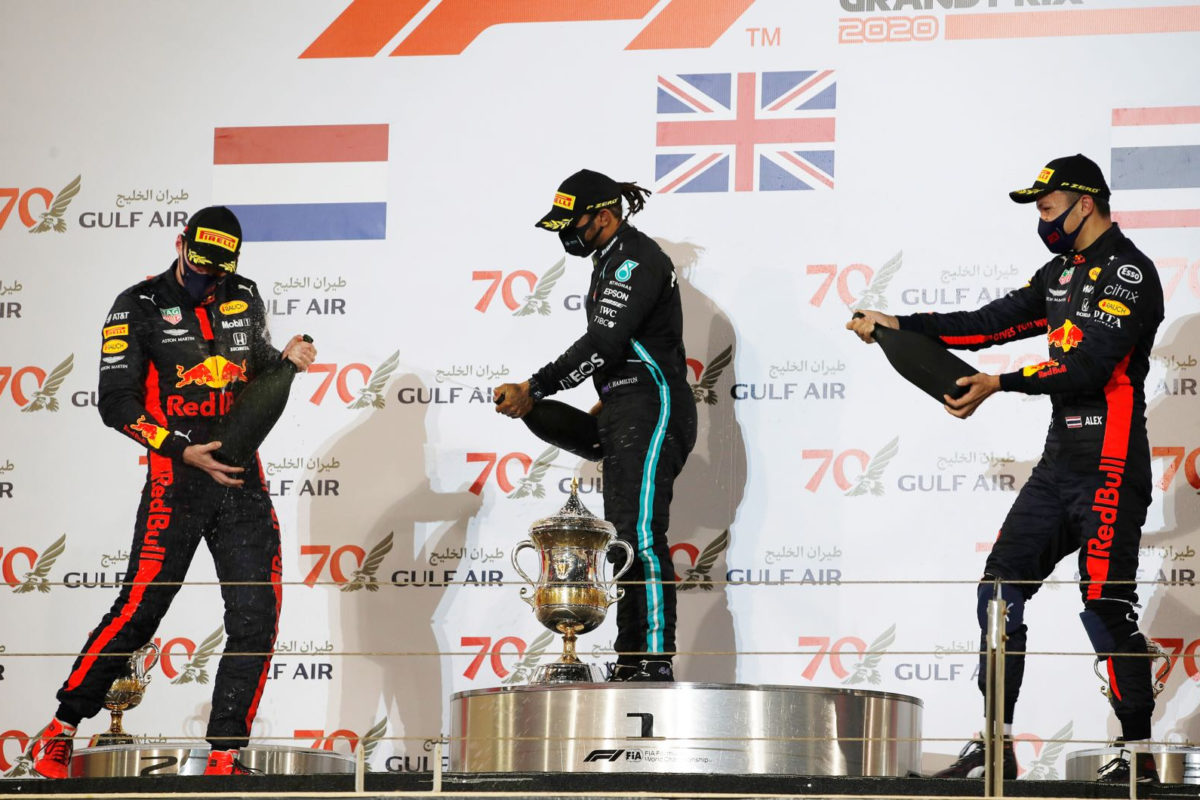 Lewis Hamilton says Mercedes is excited for a “harder” challenge from Red Bull next season following the signing of Sergio Perez.

Verstappen proved Hamilton and Valtteri Bottas’ only genuine opponent in 2020, with Albon struggling for consistency and overall pace.

After the Abu Dhabi season finale, where Verstappen cruised from pole to victory, Hamilton and Bottas were both wary of a Red Bull threat in 2021.

“It’s really been, with respect to Alex, in the races that we’ve had, it’s been me and Valtteri against Max,” Hamilton said at the 2020 FIA Prize Giving Ceremony.

“Now I’ve been in the position that Max is in once… particularly when I was at McLaren where I was the lead car, and the second car wasn’t in the fight.

“So when we were fighting against Ferrari they could play, they could really move around with the strategy, and make it a lot harder for us.”

Perez completed a career-best season with a victory in Sakhir as he finished fourth in the standings.

Citing Perez’s late-season form, Hamilton believes Red Bull might have a two-pronged attack in 2021, something Verstappen suggested was necessary to put “pressure” on Mercedes.

“Naturally, this makes Red Bull stronger, particularly with the way Sergio is performing,” said Hamilton, who is yet to sign a new contract with Mercedes.

“I think it’s going to be an exciting battle to watch him up against Max and that’s going to make it much harder for us as a team, so we’re going to have to really step up our game.

“That’s going to be a battle we’ve not seen in some time in terms of having the two drivers there, fighting against us… but we relish that as a team.

“That’s what we work towards… we love the challenge, and it’s going to make it that much more exciting.”