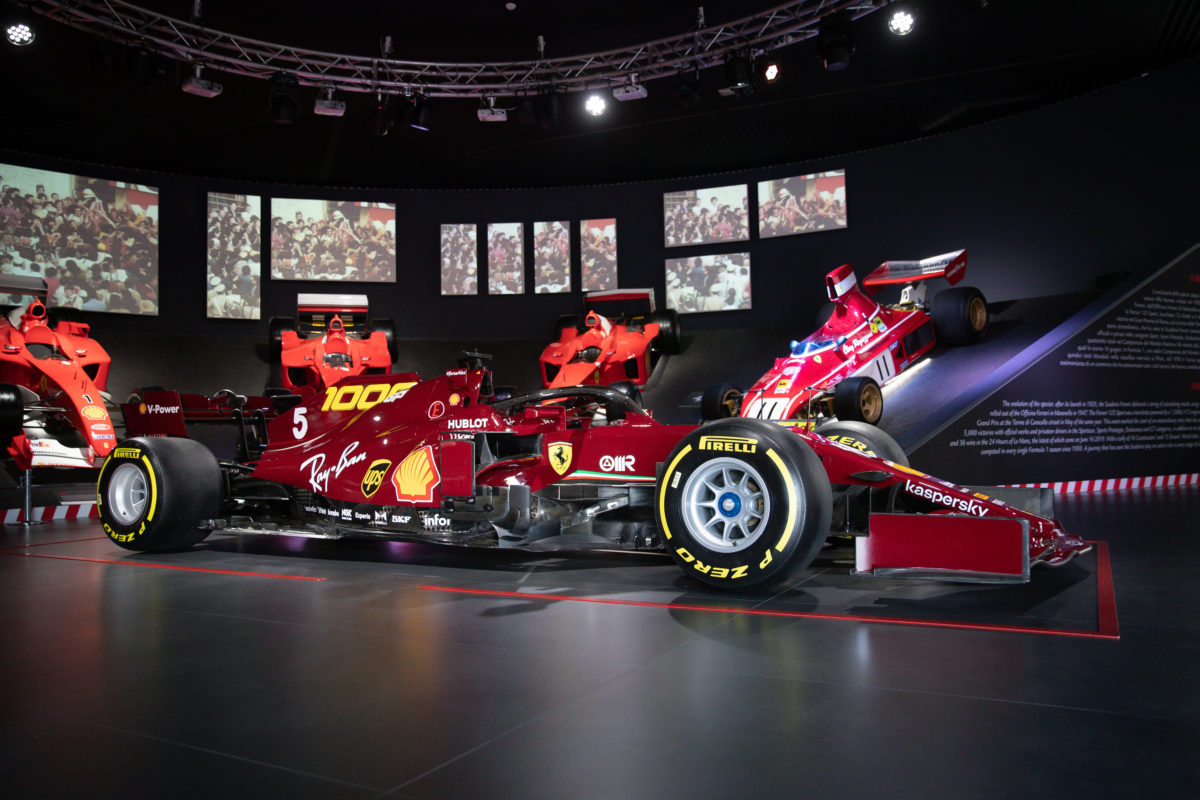 Ferrari’s SF21 will feature more power than its 2020 Formula 1 car with a focus on reduced drag levels, according to team boss Mattia Binotto.

The Italian marque slumped to sixth in the constructors’ championship this season, its worst result in four decades.

That was attributed to a number of aspects, a high drag aerodynamic design key among them.

Also playing a critical role was the power unit, which lost ground to rivals Mercedes and Renault.

Ferrari had come under the attentions of the FIA following the 2019 season with a secret deal cut between the two over concerns the latter held over the power unit the former had been using.

The by-product of that was a reduced level of performance in 2020, a point Binotto has claimed will be addressed courtesy of a new power unit for 2021.

“I can confirm the engine is running well on the dyno,” Binotto said of the new power unit.

“I think that in terms of performance, it progressed well; significantly, I think, compared to what has been 2020.

“I think that we will be back to being competitive as a power unit.

“I think we will not be the worst in the field, and that is the feeling I got from the figures I’ve seen on the dyno, but I cannot know what the others are certainly doing, or how much they have progressed.”

Binotto explained the team has also renewed its efforts on aerodynamics to find more efficient ways of producing the performance needed to return to the front of the field.

“We try to do our best in order to address at least the weaknesses of the 2020 car for next year,” he said.

“In addressing the weaknesses, I mentioned the power unit more than once, but the drag of the car was very, very high in 2020.

“I think that, looking at the 2021 car, the drag has been, somehow, certainly addressed.”

The Ferrari team boss also confirmed its 2021 contender would be dubbed the SF21, and would be unveiled at an event prior to pre-season testing.

“It’s a very simple name, because we believe that next year is a transition to 2022, so let’s keep SF21 the name of the car.

“It will be certainly partially a frozen car, same chassis as 2020.

“We will organise differently the unveiling of the car next year,” he added.

“We will organise first an event where we will present the team and our drivers to our fans, to our partners, and to the journalists.

“We may organise a second event, and that could be directly at Barcelona winter testing, where we will unveil the car, and that will be somehow done in a different (way).”

A reduced pre-season programme is expected for 2021, with a single three-day test to take place in Barcelona on March 2-4, two weeks before the opening race of the year, in Melbourne, on March 18-21.