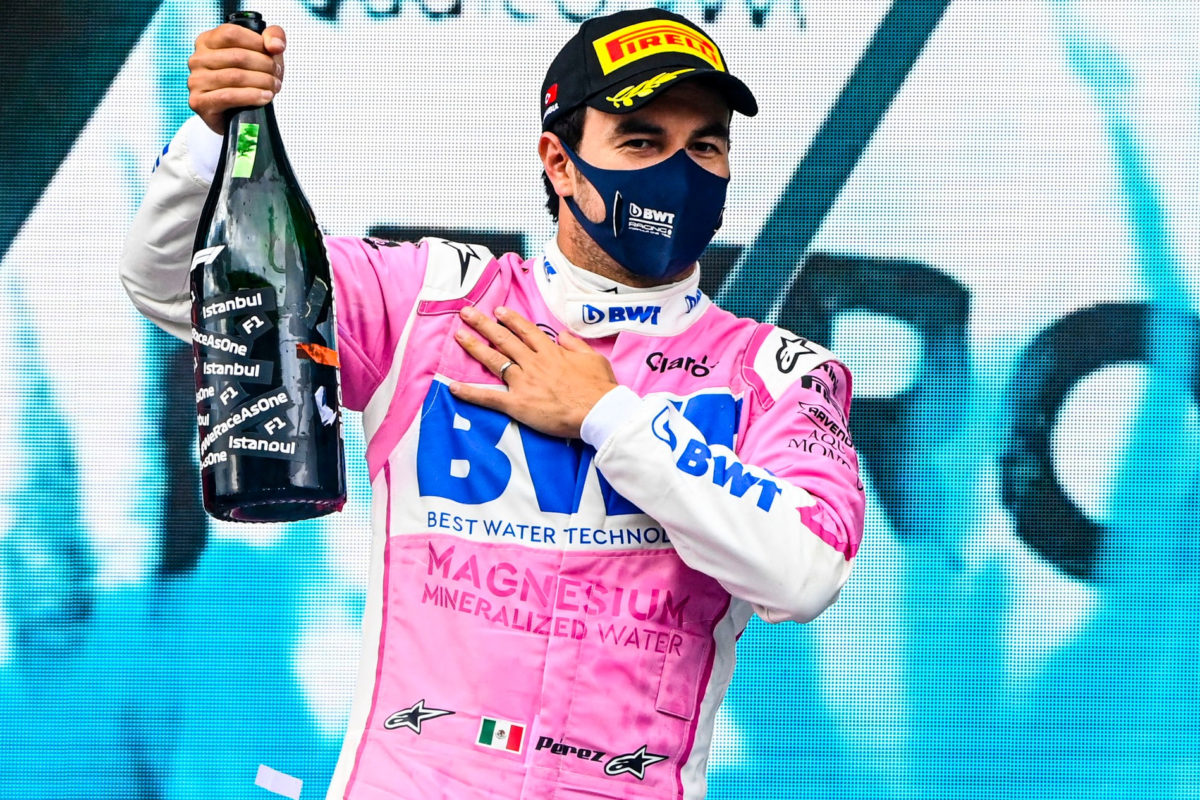 Sergio Perez is set to secure a seat on the 2021 Formula 1 grid with Red Bull according to reports, with an announcement expected later today.

Red Bull said it would wait until the end of the 2020 season to decide whether to retain Alex Albon, who struggled to match team-mate Max Verstappen.

According to website Speedweek, which is under the Red Bull Media House umbrella, official confirmation of Perez’s deal will be announced on Friday.

Dutch publication De Telegraaf also reported that the Perez deal had been completed.

Albon claimed podiums at Mugello and Bahrain, but finished 109 points down in the drivers’ standings on Verstappen, who won two races and took 11 podiums.

Despite Albon making some progress with the RB16 at the Abu Dhabi season finale, Red Bull appears to have made a swift decision to select Perez as Verstappen’s 2021 team-mate.

Albon is likely to be retained by Red Bull as a test and reserve driver should he lose his race seat.

Perez’s future in F1 remained uncertain following his axing from Racing Point, which will rebrand as Aston Martin in 2021.

The team opted to replace Perez with four-time world champion Sebastian Vettel, who will leave Ferrari.

The Mexican’s stocks rose amid a career-best 2020 season, claiming a maiden victory in Sakhir en route to fourth in the drivers’ standings.

Prior to his Sakhir win, Perez admitted he would be content to take a sabbatical in 2021 should he fail to secure a seat.

“That one is not in my hands,” said Perez, after being questioned over the Red Bull seat.

“At the moment, I’m just focusing on finishing on a high. If the opportunity comes, great. If not, I’m prepared to stop for a year.

“If it’s an injustice on missing out, I think it’s part of Formula 1, I always knew this is how it is. I can call myself privileged, I have had a great career, 10 years in F1 up to now.

“If it’s the case I have to leave the sport, I can leave with a lot of pride as I’ve delivered with the material that I have had. Not many people can have such a career. So we’ll see what happens, but I’m at peace with myself.”