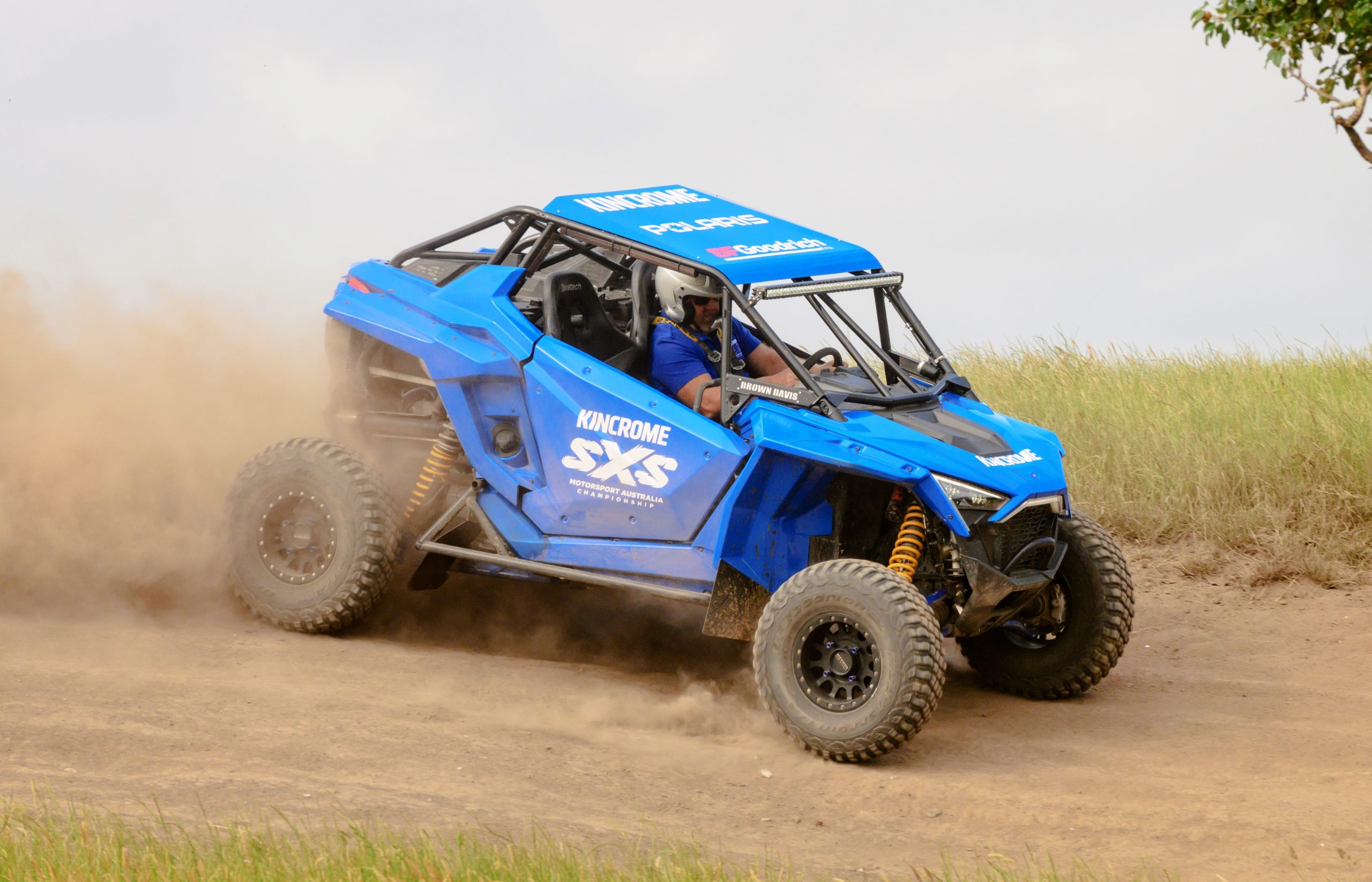 Kincrome will sponsor SXS in 2021

Leading Australian-owned tool company Kincrome has been announced as naming rights partner of the new-look SXS (Side by Side) Motorsport Australia Championship for three years.

The 2021 Kincrome SXS Motorsport Australia Championship will offer a new format of off-road short course racing with each round consisting of two 100km races contested on unique 10-15km circuits.

Next year’s championship will consist of events in seven different states and territories and will include pit stops and co-drivers for the first time.

The announcement was made today by Kincrome CEO Nick Pritchard, SXS boss Sam Beck, and father and son champions Simon and Jackson Evans.

“We have to thank Nick (Pritchard) and his team at Kincrome for the enthusiasm and vision they have brought to the table as we have negotiated this partnership,” said Beck.

“We believe we have built a terrifically-competitive and fun environment for teams that will put on a hell of a show for the fans.

“We have plenty of changes next year in regard to racing formats and we are delighted to be also announcing a new-look seven-round championship that covers every state and territory, except the ACT.

“We look forward to that happening in a sea of Kincrome blue.”

Kincrome is an Australian business that supplies quality tools and equipment to the professional trades.

Kincrome has had some small motorsport relationships in the past, but this is the company’s first major sponsorship in racing.

“We’re very excited to be part of the SXS Series. It’s young, exciting, growing fast and at the foundation of that is the passion of grassroots racing and we believe that is part of Kincrome’s DNA,” said Pritchard.

“While the SXS Motorsport Australia Championship offers a national title, is professionally run, and has grown its profile year on year, it still remains an affordable category of motorsport that can really be attacked by anyone who has a passion for it.

“The SXS Championship has grown in popularity in recent years and we believe we enter our three-year deal at a perfect time. A multi-year agreement also provides valuable confidence for all the championship’s stakeholders.

“While we will be writing a cheque, we will also be bringing many other assets to the partnership which will benefit all of the sport’s stakeholders.

“It is no secret that COVID-19 has played havoc on the sporting and entertainment landscapes in 2020, but hopefully we can get back to some sort of “normal” next year and that the Kincrome SXS Championship is an attractive option for competitors and fans alike.” 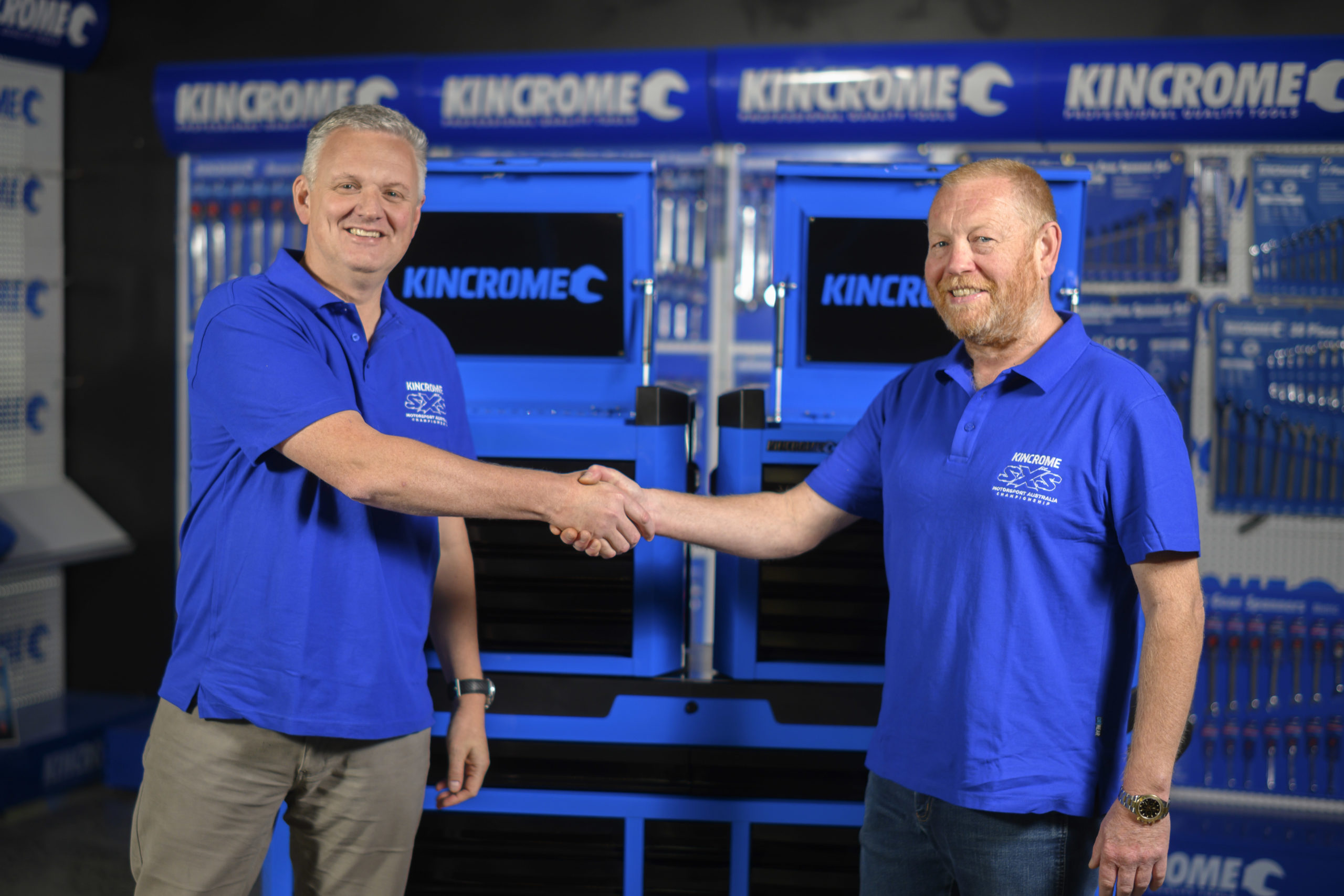 “Kincrome is a terrific Australian-owned company and I think will be a perfect partner for the Motorsport Australia SXS Championship,” said Evans, who clinched the 2018 championship.

“The Kincrome brand is trusted and will be a welcomed addition to our sport.

“This partnership marks a new era for us, and I cannot wait to see what it brings.

“For the first time the SXS Championship will be a truly national competition and that can only introduce what we do to a whole new audience and fan base.

“It also means we get to compete on a whole different range of surfaces from the desert sand in Kalgoorlie to the beach sands of St Helens in Tasmania.”