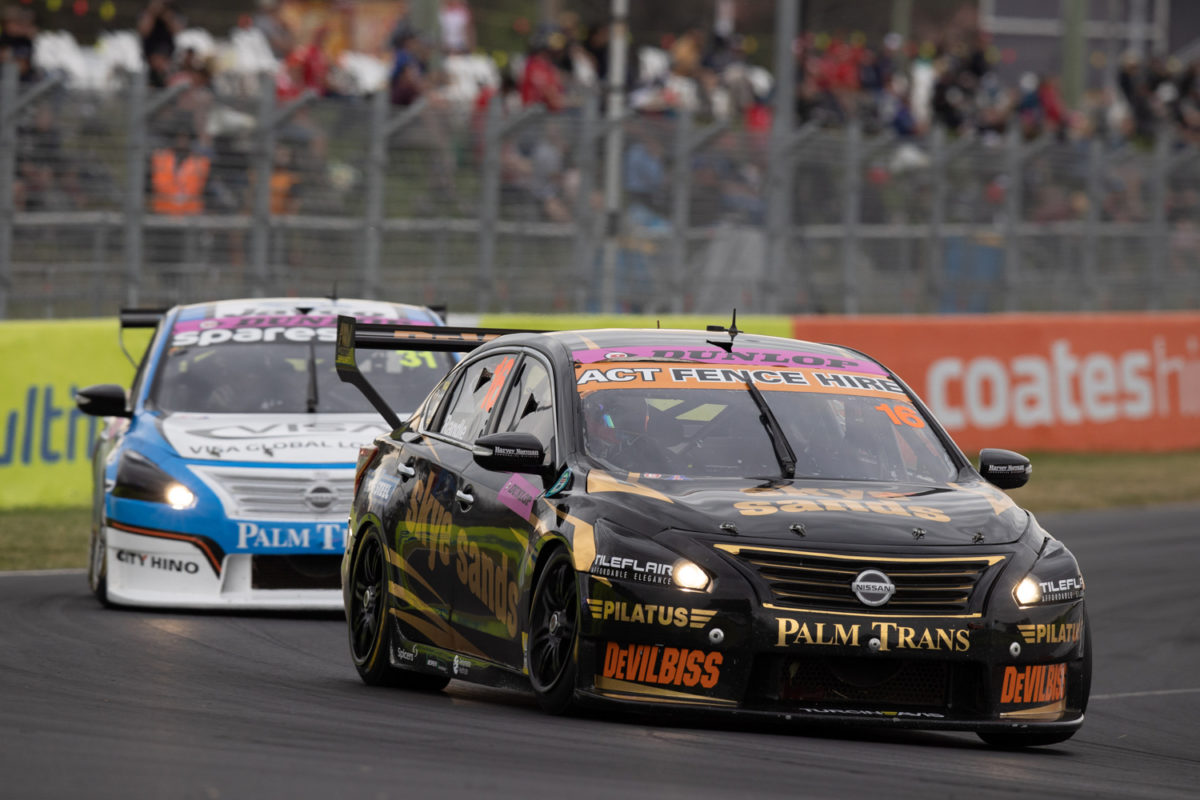 MW Motorsport’s Super2 Series-winning Nissan Altima package is understood to be before the Supercars Commission due to suggestions of an advantage arising from a mismatch in engine and bodywork homologation.

MWM ushered the Altima into Super2 in 2017 and, to this day, has been the only team to run the car in the second tier of Supercars.

Bryce Fullwood claimed the title in one of the ex-Kelly Racing/Nissan Motorsport machines in 2019, before Thomas Randle repeated the feat in the same chassis this year.

Speedcafe.com first became aware of a ruction about the state of the MWM Altimas, of which there are three, last year and several rival team bosses are thought to remain dissatisfied.

A popular theory in the Super2 paddock is that the Nissans enjoy the benefits of an older aerodynamic package combined with a relatively recently developed engine package.

The series is currently the domain of the VF Commodore, FGX Falcon, and L33 Altima, which must meet either 2015, 2016, or 2017 VSD (‘vehicle specification document’) specification.

According to disgruntled Super2 rivals, the MWM Altimas use bodywork which was developed with consideration of an engine regarded as weaker than those which Holden and Ford teams enjoyed in the Supercars Championship at that time.

Nissan Motorsport opted not to rehomologate its aerodynamics for the 2018 season, although it did soon adopt lighter, composite panels after a row arose over the use of such bodywork on the ZB Commodore which debuted in the Championship that year.

The Altimas then underwent a tweak ahead of the 2019 campaign following the VCAT process which was conducted primarily for the purpose of homologating the Ford Mustang for competition, and revisions during that season due to the parity saga which ensued.

Nissan Motorsport embarked on a development push under the guidance of then-new Technical Director Nick Ollila in 2018 and, by then having reverted to its Kelly Racing guise, reportedly took an upgraded engine to the 2019 pre-season test.

Supercars’ Operations Manual defines the VSD as ‘the vehicle specification documents containing the relevant dimensions for a particular make and model of Car’.

According to Rule G8 of the Operations Manual, which covers Super2 engines, “An ESD will detail an engine specification permitted for use in the Category” (Rule G8.1.1) and “Cars must only be fitted with an engine as detailed in an ESD relevant to that make of Car” (Rule G8.1.2).

Speedcafe.com makes no allegation that MWM is in breach of any Super2 regulations.

However, it is possible that the team is the beneficiary of a historical quirk which has arisen due to the numerous updates to the L33 Altima over its relatively long, seven-year period in competition in the Supercars Championship.

When approached for comment, team owner Matthew White said that he is satisfied his cars are compliant with regulations, having been checked on numerous occasions by Supercars in the past two years.

“Supercars have looked at everything we’re doing and they’re happy with what we’re doing,” White told Speedcafe.com.

“We’ve just been doing a better job with good drivers.

“So, if anyone’s got a problem, I suggest they need to work harder and put the same effort in that we’ve put in.

“Our cars have been checked and Supercars have got all our data, and they’re happy with what they’ve seen.”

Fullwood bagged a podium in his rookie Supercars Championship season, this year at The Bend, before Walkinshaw Andretti United announced at the Supercheap Auto Bathurst 1000 that it had re-signed the Northern Territory native for 2021.

Randle was widely regarded as hot property even before he switched to MWM in 2020 and went on to win that year’s Super2 Series, when he finished first or second in all seven races during the abbreviated season.

Jayden Ojeda, runner-up in the 2019 Super3 Series, ended up top Super2 rookie this year by claiming fourth all told in another Altima.

MWM has also won the Super2 Series on two other occasions, in 2009 with Jonathon Webb and in 2013 with Dale Wood.