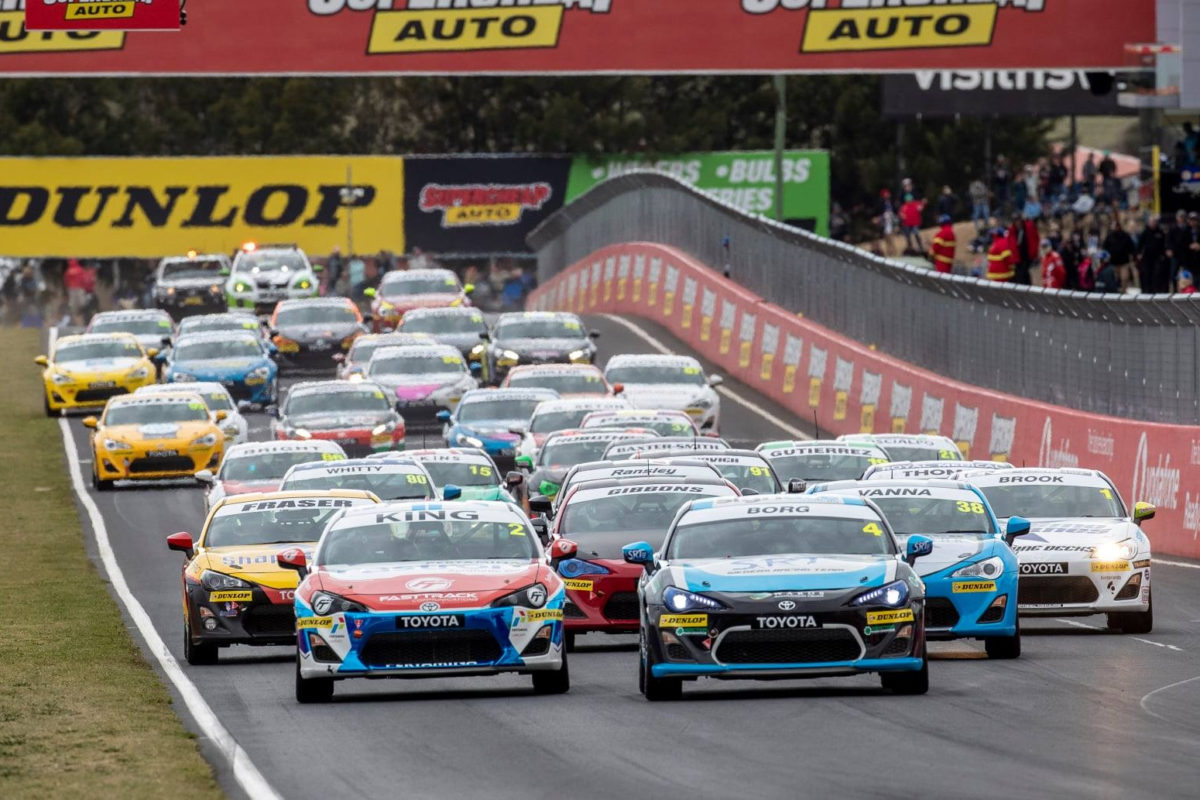 Toyota 86 has announced its five-event 2021 calendar

The Toyota Gazoo Racing Australia 86 Series has released its five-round 2021 calendar, which will run on the support card of the Supercars Championship.

The 2021 season will commence at the Supercars season-opener at Bathurst, which will be followed by events at Winton, Townsville and Sydney Motorsport Park.

The season will conclude at October’s Bathurst 1000.

Earlier in the year, the series announced a two-year extension of the current deal, which will see the one-make series on track until the end of 2022.

“The TGRA 86 Series is a core part of our GR brand that has motorsport at its heart and we’re really excited to kick off the 2021 season at Bathurst next year,” Toyota Australia Chief Marketing Officer John Pappas said.

“We know our 86 racing community is keen to be racing in a full championship season again and provide the same sort of close, thrilling action that the series has delivered over the past five years.”

Hino Motor Sales Australia and Dunlop Tyres have also committed to the series through to the 2022 season.

The series will continue with a high-performance affordable race package developed by Neal Bates Motorsport, which can have teams on the track for under $50,000 including the cost of the original road car.

“As one of the leading support categories for Supercars, the TOYOTA GAZOO Racing Australia 86 Series continues to present genuine, dynamic and entertaining racing to a broad audience both at the track and on Foxtel, Kayo and the Seven Network,” Supercars Chief Strategy Officer John Casey said.

“Since 2016, this series has given talented youngsters, passionate enthusiasts and the tight-knit community that supports them, the opportunity to regularly come together to do something they love while also providing motorsport fans with plenty of thrilling wheel-to-wheel racing action.

“In 2021, we are excited to see the series return to the track and offer fans exhilarating grassroots motor racing action on some of the best circuits Australia has to offer.”