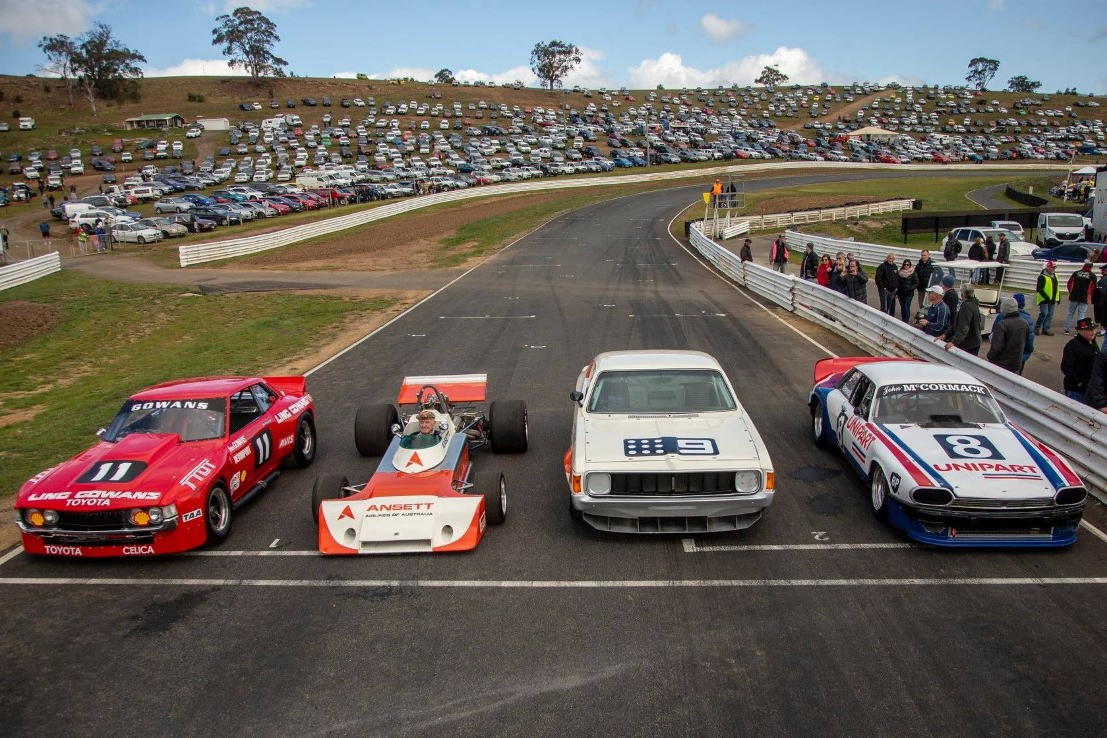 John McCormack with his famous race cars at Baskerville Raceway

Tasmanian legend John McCormack will be honoured with a trophy in his name going to the winner of opening S5000 round at Symmons Plains.

Australian Racing Group has continued its policy of honouring the heritage of the Australian Drivers’ Championship with the announcement of the John McCormack Cup.

It comes after a trophy named after 1980 Formula 1 world champion Alan Jones was to be presented to the winner of the Australian Grand Prix event this year, only for the event to be cancelled due to the outbreak of COVID-19.

McCormack won his first Australian Drivers’ Championship aboard an Elfin MR5 Repco-Holden in 1973, before he repeated the feat aboard an MR6 in 1975.

His third and final Gold Star win came in 1977 aboard a Leyland V8-powered McLaren M23.

All three title wins came with the Elfin squad, which was founded by Garrie Cooper.

Following his open-wheeler career, McCormack notably created a Sports Sedan Chrysler Valiant and substituted for an injured Kevin Bartlett at Bathurst in 1979 aboard the famous Channel 9 Camaro.

A three-time Gold Star Championship winner during the Formula 5000 era, McCormack will present the trophy to the winner of the January 24-26 event.

Symmons Plains Raceway, which got the tick of approval for S5000 cars by James Golding, will also host TCR Australia, Touring Car Masters, Trans Am, and a number of local support classes including Improved Production, Hyundai Excels and HQ Holdens.

The 2021 S5000 season will feature four events, with the series to switch to a summer series from September 2021.