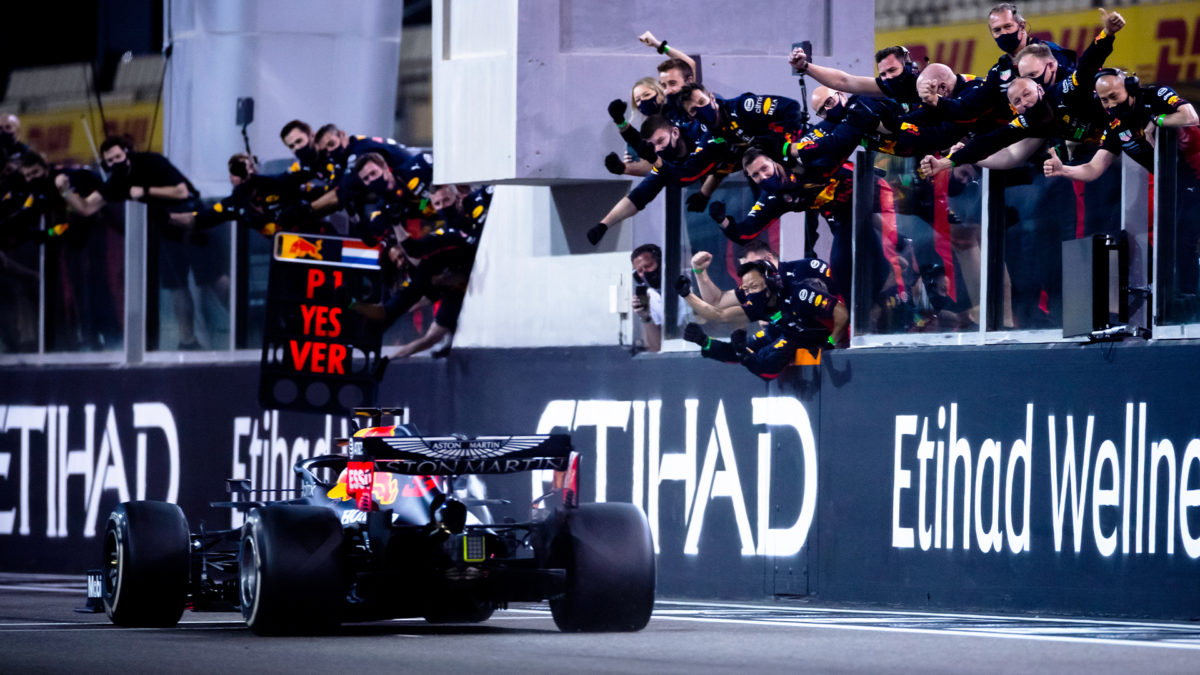 Verstappen cruised to victory from pole in the season finale at the Yas Marina Circuit, with Mercedes pair Valtteri Bottas and Lewis Hamilton 15 and 18 seconds adrift respectively.

The recently-completed season belonged to Mercedes, which clinched its seventh straight constructors’ title with four races to spare, with Hamilton sealing his seventh drivers’ title at the next race.

However, Verstappen pushed the Mercedes duo for much of the year and ran as high second in the drivers’ standings, eventually finishing nine points down on Bottas.

Mercedes claimed 13 of the season’s 17 race wins, but Brawn believes Red Bull has closed the gap following a lop-sided start to the season.

“It was great to see Red Bull and Max Verstappen win on merit and the result can give us some optimism that there will be more great battles at the front next year, especially as the cars aren’t changing that much,” Brawn, Formula 1 Managing Director, Motorsport, wrote in his weekly column.

“Abu Dhabi proved that Formula 1 is all about fine margins. This time, Mercedes were off a little bit… and Red Bull executed their weekend brilliantly.

“What is encouraging is if you think back to the beginning of the year, Mercedes had a big advantage but over the course of the season, Red Bull have been chipping away at that. The RB16 didn’t work but they got it sorted.”

Despite the W11 being the dominant car in 2020, both Hamilton and Bottas are wary of Red Bull being a threat next season.

However, Hamilton himself proved an indomitable force in 2020, with his year-end points total more than both Red Bull cars combined, while Bottas was 124 points down.

Hamilton said Red Bull were “too far out of reach” in Abu Dhabi, but the 35-year-old admitted he wasn’t fully fit following his coronavirus battle.

Brawn said Hamilton’s return in Abu Dhabi, after he missed the penultimate race of the season due to COVID-19, was testament to the Briton’s status as the one to beat.

“Lewis was a touch under the weather (in Abu Dhabi), but he did everything he could to be fit enough to race this weekend,” he said.

“With the title won, he could easily have taken the race off, as we’ve seen how hard COVID-19 can hit you, but that is not his style.

“Lewis showed his passion for the sport by pushing through when unwell and it was an impressive effort to make the podium.”