John Harvey sent off in style at Melbourne funeral

John Harvey sent off in style at Melbourne funeral 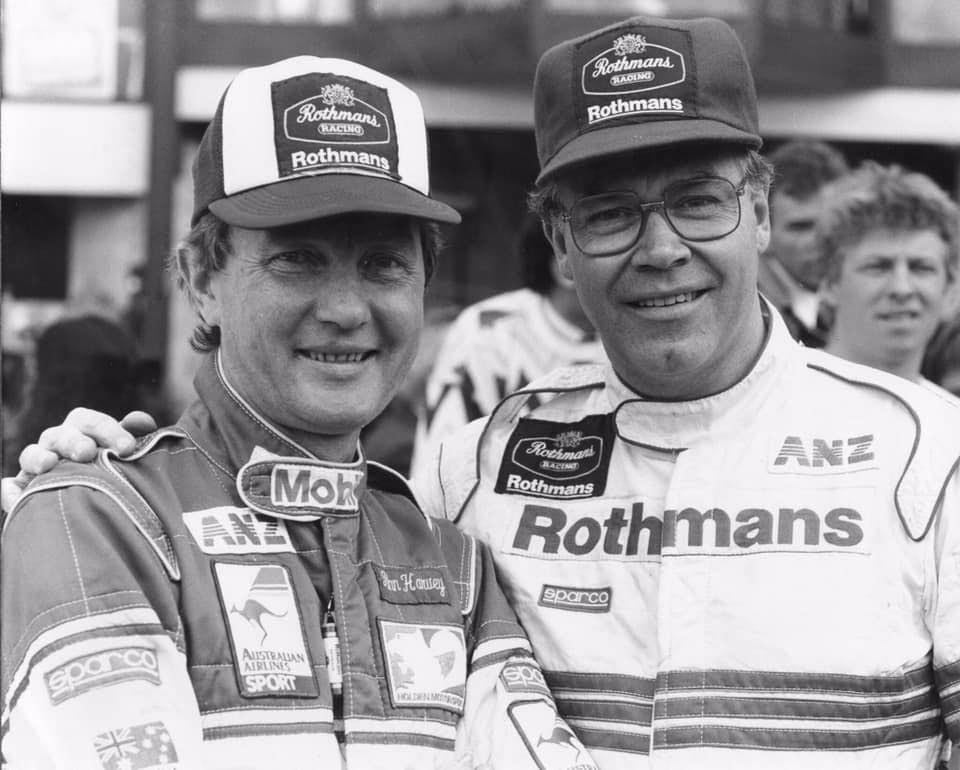 Australian motorsport ace and 1983 Bathurst 1000 winner John Harvey was sent off in style by some of the industry’s greats at a funeral service in Melbourne today.

Harvey, who was a speedway star before becoming a national touring car hero, passed away from lung cancer on December 5.

Eulogies were presented by fellow touring car driver Neil Crompton, who worked with Harvey at the Holden Racing Team, and speedway journalist and historian Dennis Newlyn.

There were also eulogies from his three children Donna, Lyndall and Gavin.

One of the features of the service was the positioning of the Rothmans Commodore that Harvey shared with Allan Moffat in rounds of the World Touring Car Championship, which was on loan from Milton Seferis.

Some of the online tributes from interstate industry friends included:

“Our sincere condolences to the Harvey family, our love and thoughts are with you. I will always be appreciative to John, for his advice and wisdom. Plus backing me in my early career, with his gentle approach. Rest easy mate,” – Craig & Lara Lowndes

“For those of us who follow this sport, there are simply too many John Harvey stories to tell here – he drove almost everything, won almost everything worth winning, was happy to chat to any and every ‘punter’ who asked a question and was never, never too busy to be polite, interested and genuine!

“Starting in an era when accidents were commonplace and injuries or deaths far too frequent, he not only survived but thrived and as a human being, set a personal standard of decency that very few could or did emulate – to say he will be missed is a gross understatement but his memory will live long in our minds!”

Ray Berghouse, Chevron Publishing Group, wrote, “To his family and many friends, my sincere condolences on his passing but I for one will always be glad that I had the privilege of knowing him – rest in peace John.

Bruce Allison wrote, “I remember watching John race at Lakeside when I went as a young spectator with my Dad. When I got into racing myself I never raced against him in any form but always admired him. In later years I got to know him at the annual Motorsport reunions here on the Gold Coast and what a lovely guy to have a chat to about anything and everything. He was one of nature’s gentlemen who will be missed immensely and it was an honour to have known him. Rest in Peace John.”

The pre-service music included songs from Elvis Presley and Carpenters while the service ended to “Angels” by John Farnham, “The Scientist” by Coldplay and “Father and Son” by Cat Stevens

Online tributes can still be registered by clicking HERE.