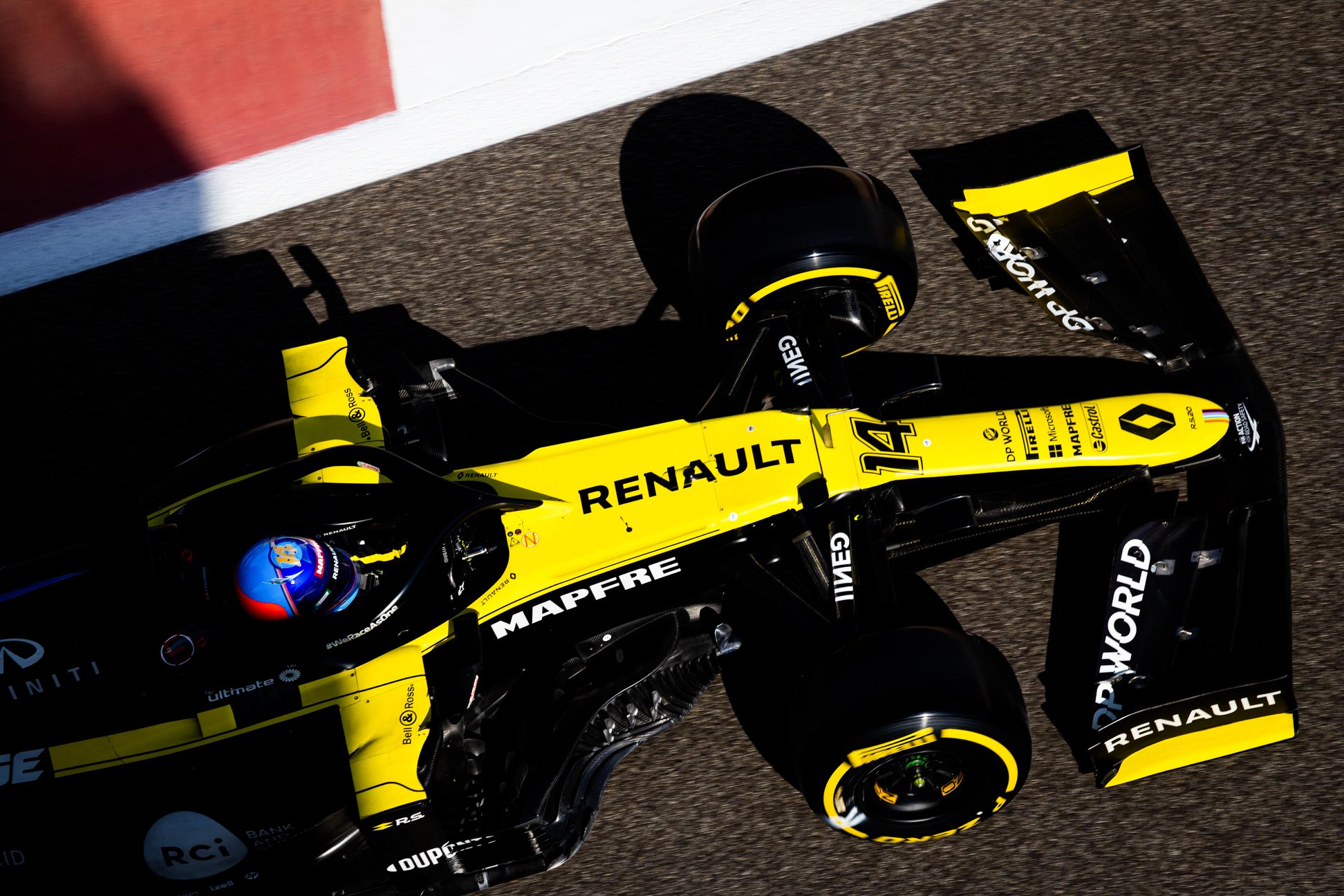 A reinvigorated Fernando Alonso was quickest in Formula 1 post-season testing at the Yas Marina Circuit for Reanult.

The Spaniard said the test reignited his “competitive spirit” as he cut laps in anger behind the wheel of the Renault R.S.20.

It marks the second time this year that Alonso has driven the car piloted by Daniel Ricciardo and Esteban Ocon throughout 2020.

Alonso’s last outing in it came at a filming day in Spain, but has also cut laps in the older R.S.18 in Bahrain.

“It was good and very nice to be back in the car especially with the race team,” he said.

“I’ve been testing the 2018 car in preparation but this one felt a bit more serious and it ignited a little bit the competitive spirit.

“It was great to feel the modern cars and experience what they can do.

“I was watching the team’s progress at the weekend closely and it was nice to experience what I learnt from the outside and then inside the cockpit today.

“We signed off lots of basic things we did in preparation at the factory like seat fitting, pedal position, and so on, which is beneficial with only one and a half days of winter testing next year.

“We ticked boxes today and we go into Christmas and New Year with good spirit and everyone motivated in the team.”

Alonso was trailed by Mercedes duo Nyck De Vries and Stoffel Vandoorne, whose best times were a 1:36.595s and 1:36.804s respectively.

Robert Kubica was fourth fastest for Alfa Romeo, 1.1s off the pace while Yuki Tsunoda set the fifth fastest time for AlphaTauri just 1.2s away from Alonso.

Marino Sato was 13th in the second of the all-Japanese line-up at AlphaTauri while Roy Nissany was 14th for Williams.

The field was rounded out by newly crowned FIA Formula 2 Championship winner Mick Schumacher of Haas, who was 3.6s away from Alonso.

Schumacher completed 125 laps and wasn’t perturbed by being at the bottom of the timesheets.

“I’m very happy I managed to do so many laps – it’s not always a given in testing,” said Schumacher.

“The key point from today was just to understand the tyres a little more – for that, the long runs were very good.

“I think we achieved that, and I now have a pretty good knowledge of what I need to do although the tyres might be a bit different next year.

“I feel very comfortable, I know the team’s happy, so that’s good. I really was so happy to be in the car and it was so much fun to drive. I’m really looking forward to next year.”

Schumacher will race full-time with Haas in 2021 alongside Nikita Mazepin.