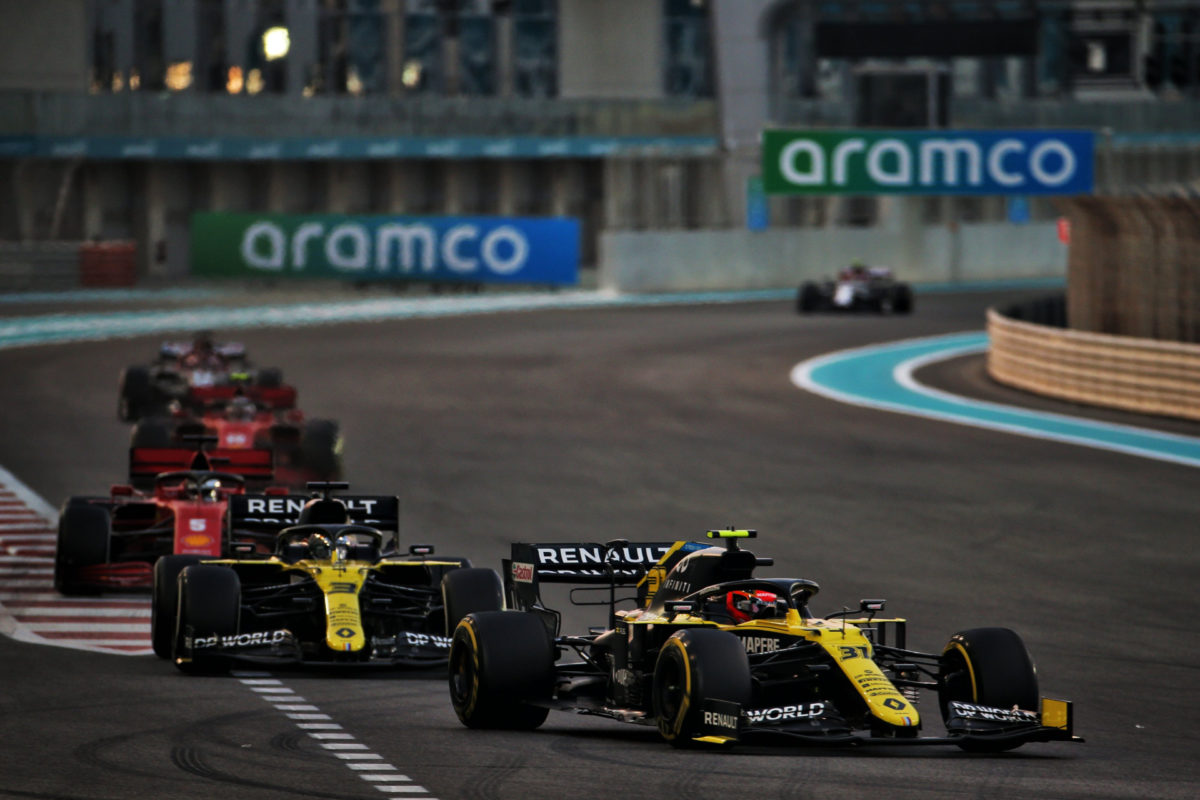 Renault Managing Director Cyril Abiteboul said the team’s fifth place in the constructors’ championship was “disappointing” despite an improved effort in 2020.

Renault completed its most prolific season since its return as a constructor in 2016, ending 2020 with 181 points and three podiums.

The midfield battle tightened in 2020, and Renault left the 13th round of the season in Portugal third in the standings on 135 points, with McLaren and Racing Point level on 134.

However, McLaren would go on to claim third with 202 points after the Abu Dhabi season finale, with Racing Point ceding a 10-point lead it had built following Sergio Perez’s breakthrough Sakhir win.

That left Renault fifth, just 21 points adrift of its customer team, which will take on Mercedes engines in 2021.

“Despite (the) effort, we finish P5, which is disappointing given where we were only a few races ago, but there are solid foundations to build on,” Abiteboul said.

“We have a number of details in the execution that need to be improved ahead of next year, while the overall car performance needs to make another step like the one we have done this year.

“For now the race team will take a very well deserved break after Tuesday’s test, and I would like to thank them a lot for the discipline and the commitment they have shown dealing with the guidelines, which often meant some personal sacrifices.

“Hopefully next year will be a step closer to normality. Congratulations also to McLaren. They were P9 when we started our journey together. They finish P3. We are proud of having directly contributed to their rebirth.”

Renault will welcome back Fernando Alonso from 2021, with Daniel Ricciardo departing for McLaren.

Ricciardo was “proud” to end his Renault tenure with a strong run from 11th to seventh in Abu Dhabi, with the Australian pinching the bonus point for the fastest lap on the final lap.

Esteban Ocon also gave Renault a last-gasp reason to cheer, with the Frenchman completing a final-lap overtake on Lance Stroll to steal ninth.

While Renault was unable to overturn the deficit to its rivals, Abiteboul was pleased his drivers were motivated right to the end.

“Despite being strong, (the) race could not overturn an adverse championship situation and a poor qualifying,” he said.

“We were quick in practice and picked up the fastest lap in the race, but (the) overall performance is probably the best we could do given our starting positions.

“We managed to make a reverse strategy work with Daniel. He drove brilliantly in his first stint on hards, going long and then waiting to see if a Safety Car could occur.

“It didn’t happen but he ended up gaining four positions and the fastest lap, more than any other driver. Esteban had a more conventional race and struggled a bit with the mediums, but he made us very proud by overtaking Stroll on the last lap.

“That fighting spirit, in which we gained three points in one lap, is what I want to take away from the weekend, and on which we should continue to build the team.”