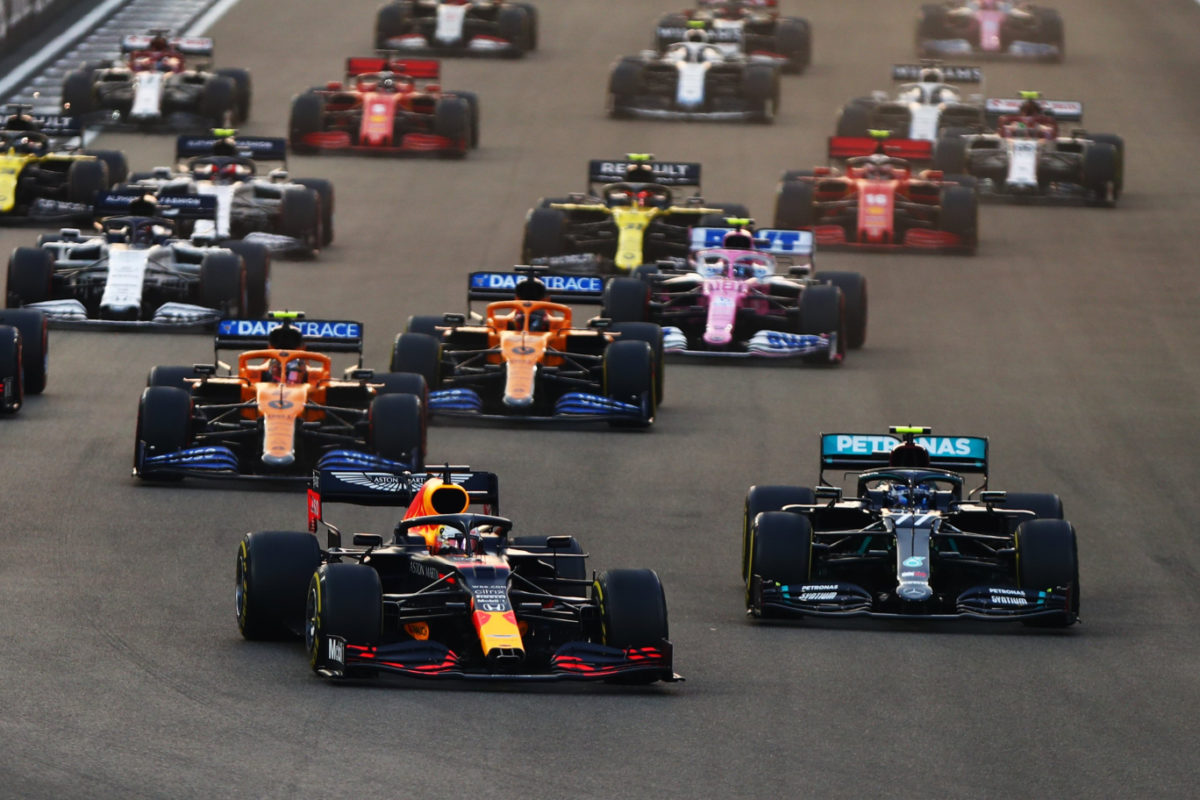 The Silver Arrows, having already cruised to a seventh constructors’ title, eyed a seventh straight Abu Dhabi win to close out the 2020 season.

However, Verstappen cruised from pole to victory at the Yas Marina Circuit to finish the 2020 season in style for Red Bull.

The Dutchman’s 10th grand prix win was perhaps his most dominant, with Bottas 15 seconds and Hamilton 18 seconds adrift respectively.

Returning from a COVID-19-imposed absence, Hamilton was challenged to the chequered flag by Alex Albon in the second Red Bull.

With teams to carry the 2020 chassis into next season, Hamilton was conscious Red Bull could give Mercedes a sterner challenge next season.

“I think it definitely was important for me to get back and just get back to that continuity and finish the year off strong with the team,” said Hamilton, who won the drivers’ title by 124 points over Bottas, with Verstappen a further nine points behind.

“Yes, we didn’t win but still we got a second and third and I think that’s still a strong result.

“We still scored more points than Red Bull as a team so that’s still a strong showing this weekend, and we’ve obviously got a fight on our hands next year.

“Without a doubt these guys are going to be strong as this car he’s driving now is next year’s car pretty much, and the same for us.

“So, I’m excited for that challenge and that battle that we hopefully will get.”

Bottas, who suffered understeer in his first stint as Verstappen pulled away, admitted he didn’t have the pace to match the leader.

“We thought that the race pace would be pretty much identical to the Red Bull, but it wasn’t the case,” Bottas explained.

“So yeah, obviously I’ve had much worse races this year, so it’s actually, in this kind of season, one of the good ones for me.

“At least it was nice and clean. Start was good and everything… so could have been a worse way to end the season.

“And actually, if we think about the big pictures, now in this team, being beaten by Red Bull at the last race of the season, for sure it motivates us even more to work hard over the winter for next year to make sure this doesn’t happen again.”

“You can see that everybody has weaknesses, and we weren’t on our A game this weekend,” Wolff said.

“That’s simply a fact. Red Bull won fair and square. You can see that Albon also had a very good race, so they have a very good race car, and shows that when their car is in the right place, both drivers do a really good job.

“Probably Albon’s pace was quicker than us by the end. They could have been well ahead, and even worse for us.”

“We’re leaving this race with a slap on the wrist. It wasn’t a great weekend for us. It was a car that has never let us down all year, maybe apart from this last weekend.”