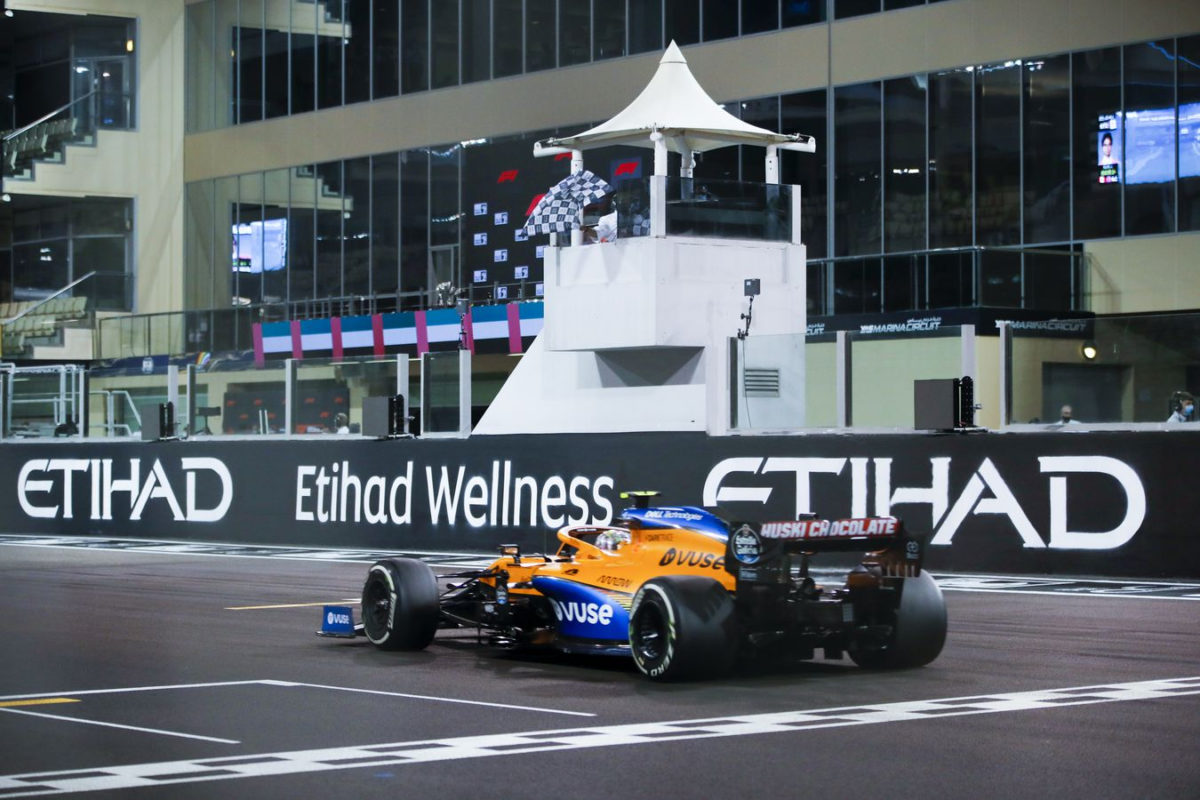 McLaren overturned the pre-race 10-point deficit to Racing Point thanks to a five-six result for Lando Norris and Carlos Sainz, with Lance Stroll only 10th and Sergio Perez failing to finish.

With the result, McLaren achieved its best constructors’ championship finish since 2012 in a season both its drivers reached the podium.

It comes after McLaren announced fresh investment in the team following a challenging year, with the organisation taking a loan from the National Bank of Bahrain and laying off staff amid the coronavirus crisis.

“It’s been a very difficult season in the public spotlight, some of our challenges,” Brown said.

“To bring the investment in this weekend, the job Lando and Carlos have done, the job all the men and women have done.

“This is a third place, a true team effort. It was a bit stressful on pit wall, it might have looked like a boring race for Lando and Carlos, but it was very exciting for the team.”

Norris, who was fourth in qualifying and just 0.251s off pole position, was delighted to help McLaren seal third by just seven points.

“It was a perfect day for us, everything went to plan,” Norris said.

“We were maybe a little bit lucky with one of the Racing Points not finishing but in terms of our result with P5 and P6 we did everything we could… we couldn’t have done anymore.

“I’m happy, I’m proud of the team. We kept working very hard. I don’t know, was a perfect race and gives us a much better opportunity going into the future to do even better, so very happy.”

Norris held off Red Bull’s Alex Albon in the early stages, and despite losing the place, drove a faultless race to end the year in the top five.

Sainz, meanwhile, was investigated post-race for driving unnecessarily slowly in the pit lane. However, once the stewards cleared Sainz, McLaren’s third place was assured.

“A great day for the whole team. I think we managed to put together a very strong weekend from the beginning to the end,” said the Ferrari-bound Spaniard.

“I’m also very happy with finishing P6 in the championship for the second time with McLaren. I think the last seven, eight races of the year, where things went a bit more our way, I was able to show the pace that we’ve had all season.

“For me it just shows that, whatever happens, you need to keep pushing and believing in what you are doing.

“I cannot be more grateful to each and every member of the team for these two great years, both at the racetrack and back at the factory.

“I take with me the best of memories. It’s been an honour to help the team as much as I could and get McLaren closer to where it belongs.”

Team principal Andreas Seidl said he was “proud” to be part of the team as it continues its rise back towards the pointy end of the grid, and praised Renault for its involvement as McLaren shifts to Mercedes power in 2021.

“We asked a lot from our people this year, but amid the pandemic and a great deal of uncertainty everyone stayed focused on the job in hand,” Seidl said.

“The team back home developed the car throughout the season with continuous updates from the factory, and at the track we kept improving the execution of our race weekends.

“Looking ahead, our results this season, together with our financial news today, provide a stable foundation on which we can build towards the goal of getting back to the front of Formula 1.

“At the same time, we’re realistic about where we stand and will continue on our journey. We’ve had a lot of assistance this year: the support of our fans and our partners has been crucial, as has the work done by the FIA and Formula 1 to ensure we could have a full, safe season. We thank them all.

“I’d also like to offer a special note of appreciation to our drivers, who both did a superb job this year. We’re looking forward to having Lando onboard for the future, and Carlos leaves with our best wishes for his next chapter in Formula 1.

“Also, a special thanks to Renault for their great support over the last three years.” 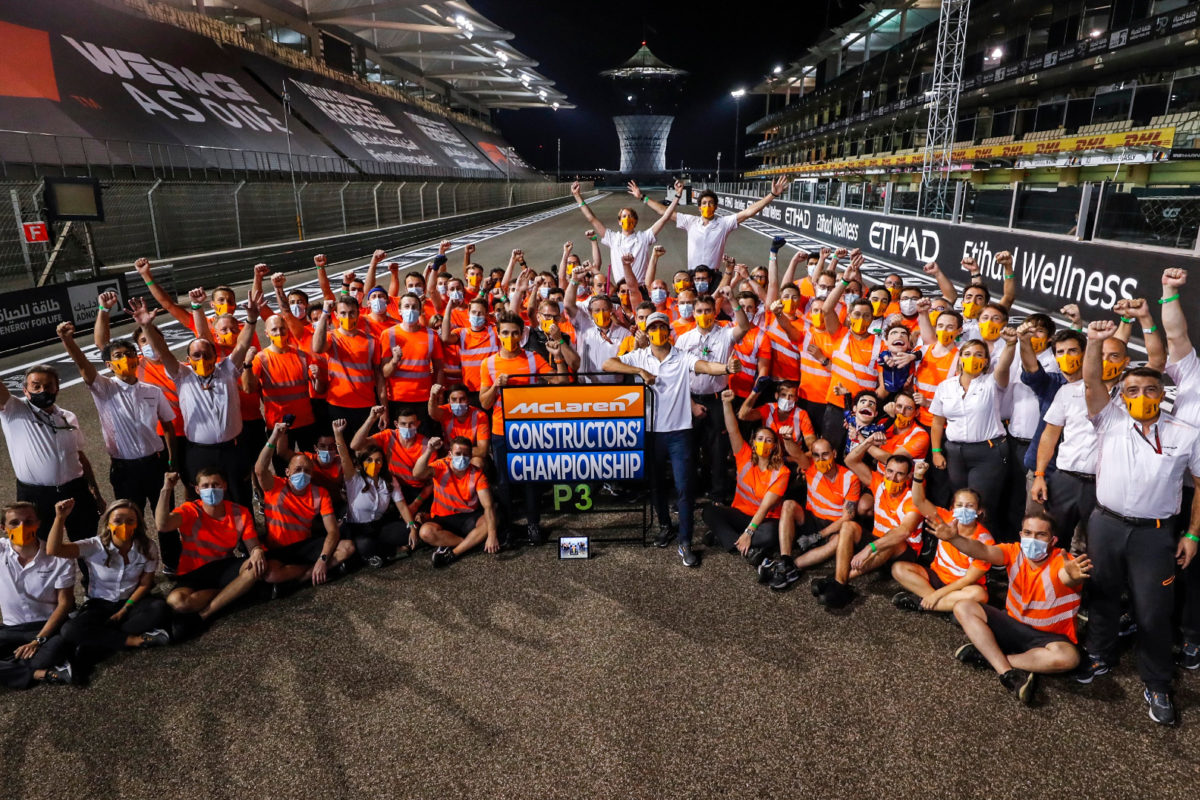