ARG want to poach Mark Larkham for their own 2021 broadcast

ARG want to poach Mark Larkham for their own 2021 broadcast 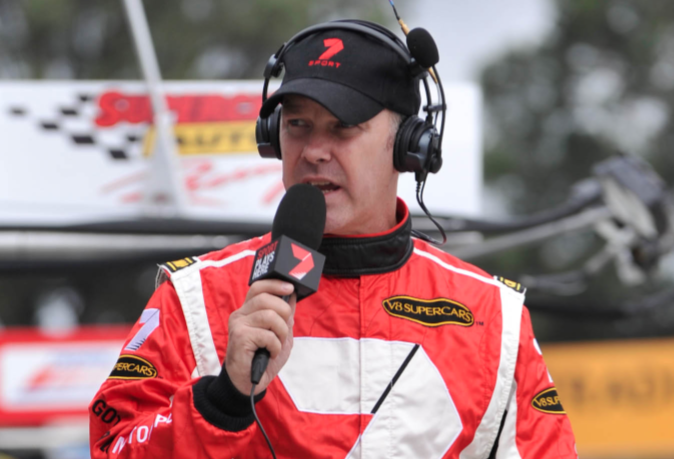 The Australian Racing Group has fired another shot in a festering war between themselves and Supercars by declaring they want to poach axed commentator Mark Larkham for their own broadcast team.

Larkham was controversially axed by Supercars’ boss Sean Seamer on Friday and there has been a tidal wave of support for the TV veteran from fans ever since.

The fan reaction has been so great that Supercars have since done a backflip on their decision and are wanting to reinstate Larkham, but the popular stalwart is yet to take their call.

Australian Racing Group announced their broadcast line-up today for their opening round of their 2021 championship to be held over two days from Tasmania’s Symmons Plains next month.

ARG CEO Matt Braid confirmed that his organisation is keen to have Larkham work on their telecast.

“We’d love to have a conversation about doing something with us,” Braid told Speedcafe.com.

“He’s a really good talent, he’s really experienced, he’s got a great way of communicating the technical aspects of the sport in laymen’s terms to the people actually on the couches at home.

“He’s got a really good way of explaining it to the fan and also the non-fan can understand as well, which is quite valuable.

“I’ve got a lot of respect for him and I know everyone in our team does. I would love to have a conversation with him if he’s keen to work for us.”

This comes on the back of the development where ARG have pulled out of a TV production deal with Supercars Media because of cost constraints.

It is also believed that there is on-going friction over the use of on-air talent in the coverage of both series, including Channel 7 ace Mark Beretta who has been pencilled in as one of the premier faces on the Supercars’ coverage.

ARG has taken control of its broadcast, leveraging external suppliers such as AVE among others in the production of its television coverage, following much the same model as Supercars Media, which produces the broadcast for the Supercars Championship.

“ARG’s producing it so we’re doing it basically in house but utilising AVE’s facilities,” Braid explained.

“Largely the production’s headed by Andrew Janson on our team.

“While we’re not calling ourselves ‘Supercars Media’, effectively the productions being brought in house to ARG led by Andrew and utilising AVE and many other suppliers who are very well respected in the industry.”

Ironically, all this drama has unfolded despite Channel 7 being the free-to-air broadcaster for both series.