OPINION: Supercars need to admit their mistake and fix it

OPINION: Supercars need to admit their mistake and fix it 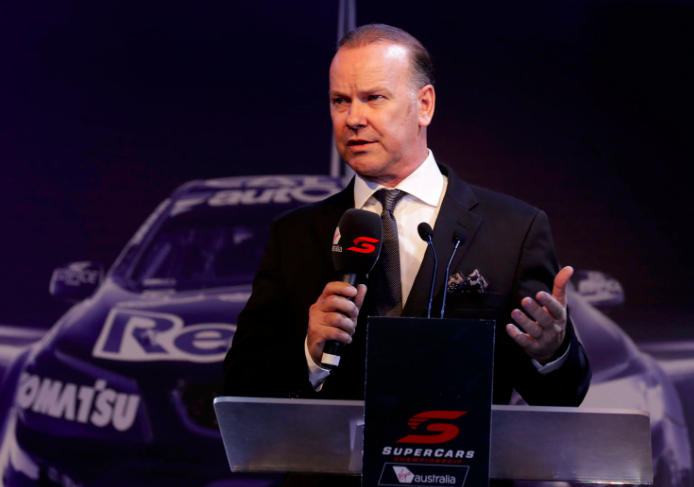 Mistake (noun) – an act or judgement that is misguided or wrong.

When you look at the basic dictionary meaning of the word mistake, you can easily see how one simple word can be used to explain the debacle of Mark Larkham being axed from the 2021 Supercars TV broadcast.

In more than 35 years in this business I have never seen a public reaction to such a decision as large as the one that we have experienced in the last three days.

The fans are angry over the Larkham decision, not only because they are engaged with the guy and the entertainment he provides, but because the decision to axe him ignored every indicator of what the fans wanted.

In the thousands and thousands of comments across all mediums, which continue to flood every related channel, I am yet to read one, one, that thinks the chopping of Larkham is a sound and justified decision, and that is simply unprecedented.

The construction of the arguments have also again reiterated the intelligence of the sport’s fan base, which has been underestimated by a few stakeholders for way too long.

Hell, there is even an online fan petition which has received more than 17,000 signatures.

Supercars’ boss Sean Seamer is a smart enough bloke that he does not require a dictionary meaning to understand the word mistake; five minutes online or a view of his personal in-box in the last 48 hours will tell him that.

Everyone makes mistakes; not admitting to them is a bigger one!

Seamer, who has basically been invisible to the fans since his appointment, can use this to his advantage to show his human qualities and that he has listened to the punters – the ones who ultimately help pay the bills through their actions.

Seamer is smart enough to acknowledge he has a major problem on his hands and also savvy enough to realise that he could actually come out of this whole deal in front if he engages with the fans himself and fixes the issue with a firm, quick about face.

At the same time all the stakeholders can get back around the table and put the final broadcast team together because there are still plenty of unanswered questions – including whether Neil Crompton will be a part of the line-up.

Surely the reaction to the Larkham catastrophe has helped provide some idea on whether Crompton will be re-employed or not – remembering that Crompton (32.56%) and Larkham (30%) had 62.56% of the vote between them in the Speedcafe.com Motorsport Survey which asked ‘who is the best TV/online presenter in Australian motorsport’ from a list of 14 nominees.

As I said in my previous opinion piece on this topic, there are some exciting times ahead with the move to Channel 7 and the continuation of the Fox deal, but the current loyal fan base should not be burned in the pursuit of some mystical new audience.

After such a tough year in which so many people involved with the sport dug so deep to keep it alive, especially Seamer, it is a travesty that the topic of Larkham is currently taking up so much oxygen.

After such a tough year with the departure of Holden and the difficulties of COVID-19, we should be concentrating on the positives of 2021 and doing everything possible to keep the current fan base and excite them about the introduction of Gen3 and Camaro in 2022.

The bigger question is, how are the fans going to be educated on all these changes with Larkham axed and replaced by a new less technical, ‘dumbed down’ telecast.

The reaction from the fans from the Larkham debacle has caught a few at Supercars head office by surprise, and plenty in team land.

While the public outcry has been flood-like, I can assure you the amount of backroom reaction within the sport has also been at high tide.

No one is keen to go on the record, but there is little doubt that a few are ducking for cover while others are simply saying “I told you so”.

Then there is a third group who stroll along in their own selfish bubbles who wouldn’t know what the hell is going on or the depth of the effect such a call can have.

Even if Seamer does have the appetite to play ‘Mr Fix it’, and I have every confidence he does, the big question is whether Larkham has any desire to rejoin the team after being treated so poorly.

As Larkham indicated in his message to the fans this morning, this was nothing to do with the ‘deal’, it was simply a decision to change the format of the telecast and he was not part of those future plans.

Larkham says he has no animosity towards Seamer or Supercars and has already moved on. I guess we will find out how far he has managed to get down the road if Seamer picks up the phone.