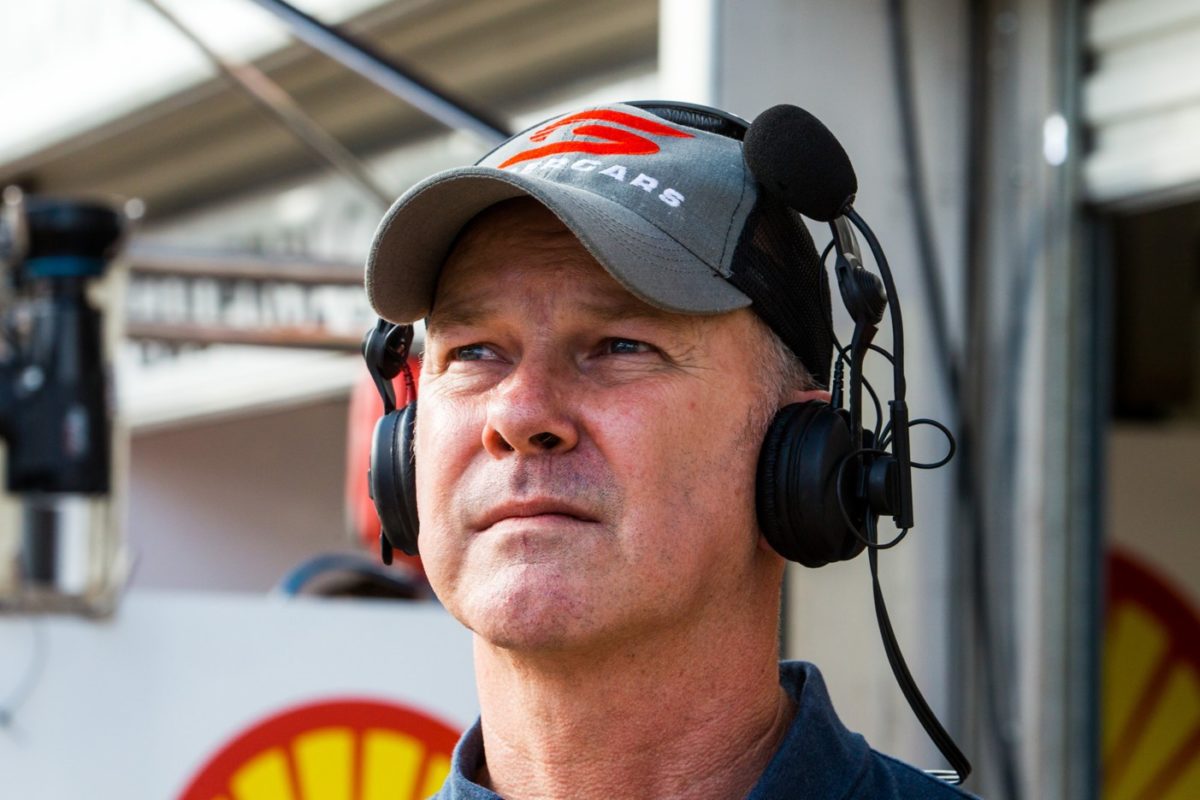 Supercars stalwart Mark Larkham has penned the following response to the avalanche of fan reaction to his axing from the Supercars TV broadcast in 2021.

Larkham was boned in an official media release on Friday.

It is believed that the decision was made as part of a strategy to make the telecast less “technical” and dumb it down.

The fan’s disdain for the decision included a Change.org petition which has more than 15,000 signatures.

In Larkham’s response he shows tremendous class and displays the passion he has had for the Supercars’ category and business since day one.

Larkham also goes out of his way to discourage fans from boycotting the sport’s sponsors after that was suggested by many as a way of protesting Supercars’ decision.

Here are Larkham’s words (warts and all) as provided to Speedcafe.com.

Message to the fans from Mark Larkham

Although I am not a social media player, I have not been able to avoid the thousands of comments, the petition, and web pages regarding my departure from Supercars TV. If I could respond to every one of you personally, I would, so please read these words as if I am…

I am sitting here dropped on my arse simply gobsmacked as I write this, and with my hand firmly on my heart I am truly, deeply, deeply humbled. I teared up – shit, how can one not be affected by the volume of comments and kindness – utterly blown away is an understatement. So thankyou.

To put concerns at ease, whilst yes, the decision was a bit of a shock, I both accept and respect Supercars position to pursue a different route and change the primary broadcast team, rightly or wrongly, they will have no other desire to do anything other than what they believe is best for the growth of the sport.

So it is not for me to publicly agree or not, what I think is not relevant – what you the fans think, of course always is, and I do hope Supercars find a way to cater for your obvious thirst for information in the broadcast, your voice is clear.

Like you I love the game and the people in it, always have, always will. So whilst I would say ‘never say never’, my future will now focus on my video/content creation business in the automotive/industry/farming space, so I am kissed to be able to walk hard into that right now, working with my son making online/website/TV content in enduring and loyal partnerships with Polaris Off Road Vehicles, Indian Motorcycles, Penrite Oil, Nolathane Suspension, and soon with Safari 4×4. And yep, make no mistake, 100 percent that is a plug for them, because none of these partners are perturbed by this announcement, we will truck on, and that means the world to me right now.

So amongst some current sadness, on a personal level your kindness has also meant the world to me, and made my weekend a much happier one. More so, your comments have given me a very strong sense of fulfilment. Moving on now to the next chapter, knowing that, feels right, and matters to me, a lot, so again thankyou.

If in our professional life we seek to work hard, deliver an outcome, and that outcome gives people a little joy, and then they go out of their way to take the time to tell you that, well, what more could anyone possibly want ?

Well this…I really hope you’ll continue to say g’day as we bump into each other in the street, I’d like that.

Finally, can I ask one favour on the way out, please don’t boycott any Supercars sponsors as is touted. I understand your passion, I really do, but like you, they are the life blood of the sport and the teams – so give those guys love.