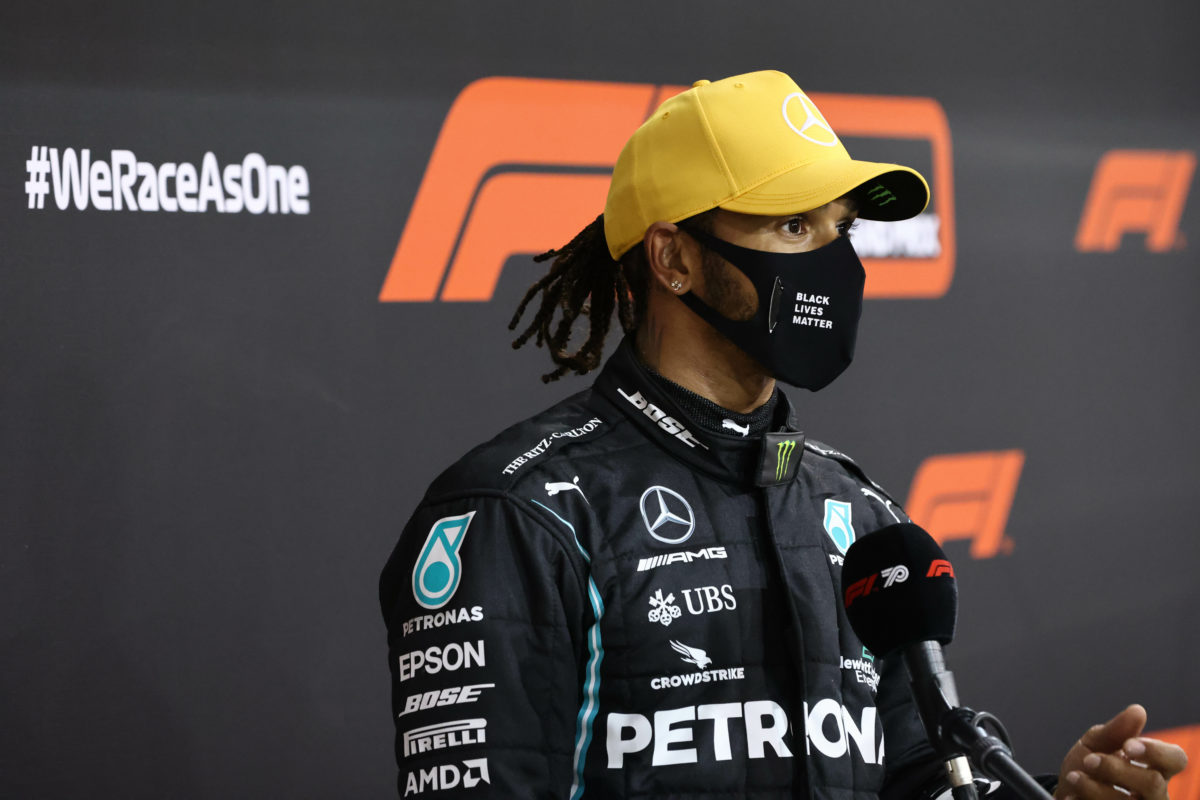 Mercedes team boss Toto Wolff has played down Lewis Hamilton’s name appearing in the 2021 Formula 1 entry list despite the lack of a signed contract.

Hamilton is out of contract following tonight’s Abu Dhabi Grand Prix, with discussions surrounding his future having proved protracted for a number of reasons.

The most recent of these was the Brit’s positive COVID-19 test, which saw him miss the Sakhir Grand Prix while he isolated.

During the week, Hamilton’s name appeared alongside Mercedes as one of its two drivers for next season.

“Yeah, I was thinking who to put there; either Lewis or myself,” Wolff joked when asked whether that meant a contract announcement was imminent.

“But at the end, I opted for Lewis. Hopefully soon (we’ll resolve the contract).

“I think we were delayed by him being unwell, and I think that’s not the right time to sit down.

“We were planning to sit down the other week, so it’s going to be a little bit later.

Hamilton qualified third for the season ending race in Yas Marina, edged out by Max Verstappen and team-mate Valtteri Bottas as the top three were covered by less than a tenth of a second.

That came despite Hamilton admitting he still felt the affects of the virus, the 35-year-old having been cleared to travel on Thursday.

“I can really feel for those who are and have suffered from it, those who have lost ones from it and I can understand how because it’s a nasty virus,” Hamilton said.

“I’m not one hundred percent. I still have some feeling within my lungs but nonetheless, normally I would drive if one of my arms was hanging off.

“That’s what we do as racing drivers and luckily that’s not the case.

“It definitely won’t be the easiest of races physically, I mean, I will manage and give it absolutely everything I’ve got.”

Wolff supported Hamilton’s decision, suggesting it was up to the seven-time champion to make the call on whether or not he was up to competing in the 55 lap event.

“Our race drivers always are obviously keen on returning to the race car, even if he isn’t one hundred percent,” reasoned the Mercedes Team Principal.

“I think that’s expected after 10 days of COVID-19. You’re not going to be on your A-game, but I think absolutely good enough to race.

“I think it’s absolutely his call to decide whether he’s fit enough or not.

“He’s a very experienced driver, he knows very well about his health, and he has been tested negative, and sometimes drivers are not perfectly well but they still race, and I think this is the situation.”

The Abu Dhabi Grand Prix, the final race of the 2020 F1 season, is scheduled to get underway at 00:10 AEDT Sunday night/Monday morning.