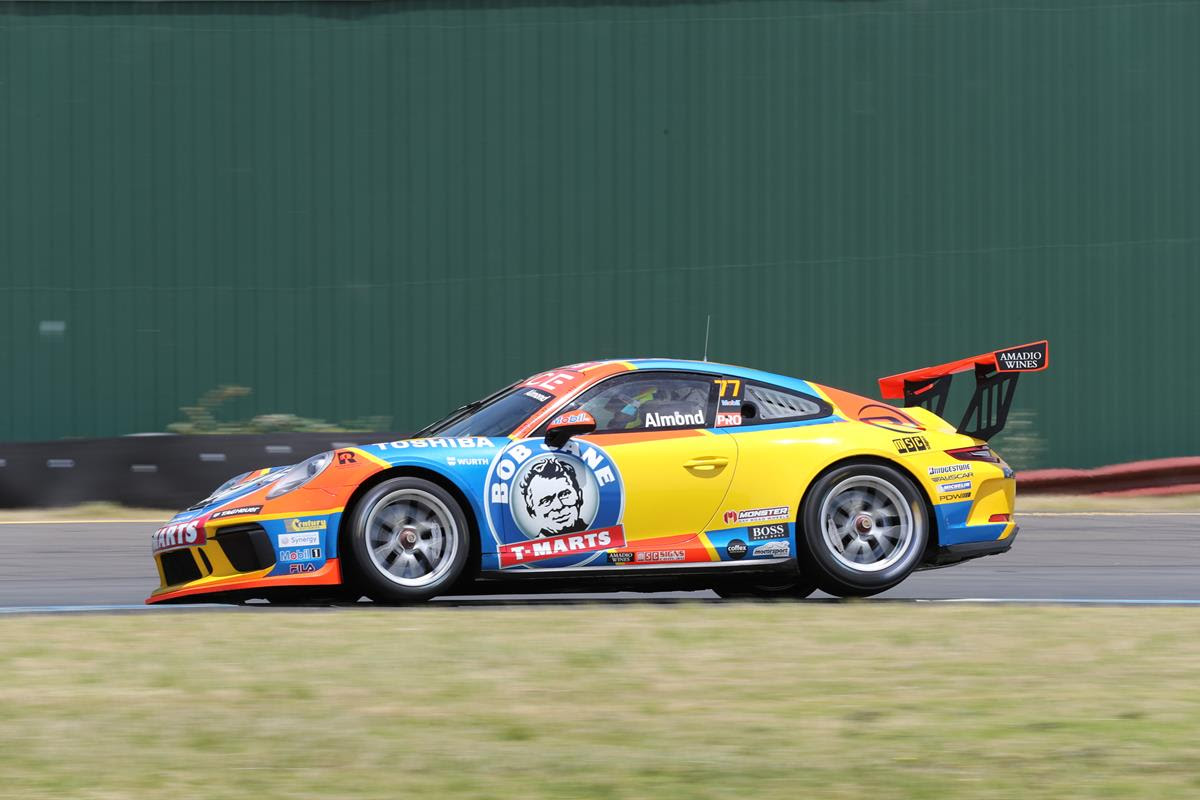 Harri Jones claimed the Porsche Payce and Michelin Cup at Sandown by a single point over Aaron Love and Michael Almond, who won today’s feature race.

Almond clung on to victory by just 0.2s after 39 laps of racing, with Love little more than four seconds away in third after a stirring recovery drive.

It left Jones on 163 points for the weekend, enough to see him claim the Cup, over Almond and Love who tied for second on 162 points.

“What an awesome weekend,” Jones said.

“The three of us on the podium had equal points for the weekend except I had the bonus point for pole position.

“Super glad with the weekend; I can’t thank the McElrea team for the weekend, they’ve provided me with an awesome car.”

Starting from the front row, Love led Jones and Almond on the opening lap.

An off at Turn 7 on the second lap saw him drop to fifth and allowed Jones assume the lead over Almond and Nick McBride.

Jones then led the next 17 laps before Almond slipped past to start the second half of the race in front.

There his progress stalled, the two leaders out of reach as they diced for the lead.

The intensity grew as the race approached the 45-minute time certain finish, Jones launching an attack on Almond on the run to Turn 6 on the penultimate lap of the race.

The Sonic Motor Racing driver was able to resist Jones’ advances as they exited Dandenong Road and held on to take a narrow race win.

His victory made for three winners from three races across the weekend, while Jones secured the overall Cup result courtesy of his second place finish.

Rounding out the victors was Andrew Goldie, who won the Sprint Challenge Pro-Am class.