Ricciardo in a good place despite Practice 1 dramas

Ricciardo in a good place despite Practice 1 dramas 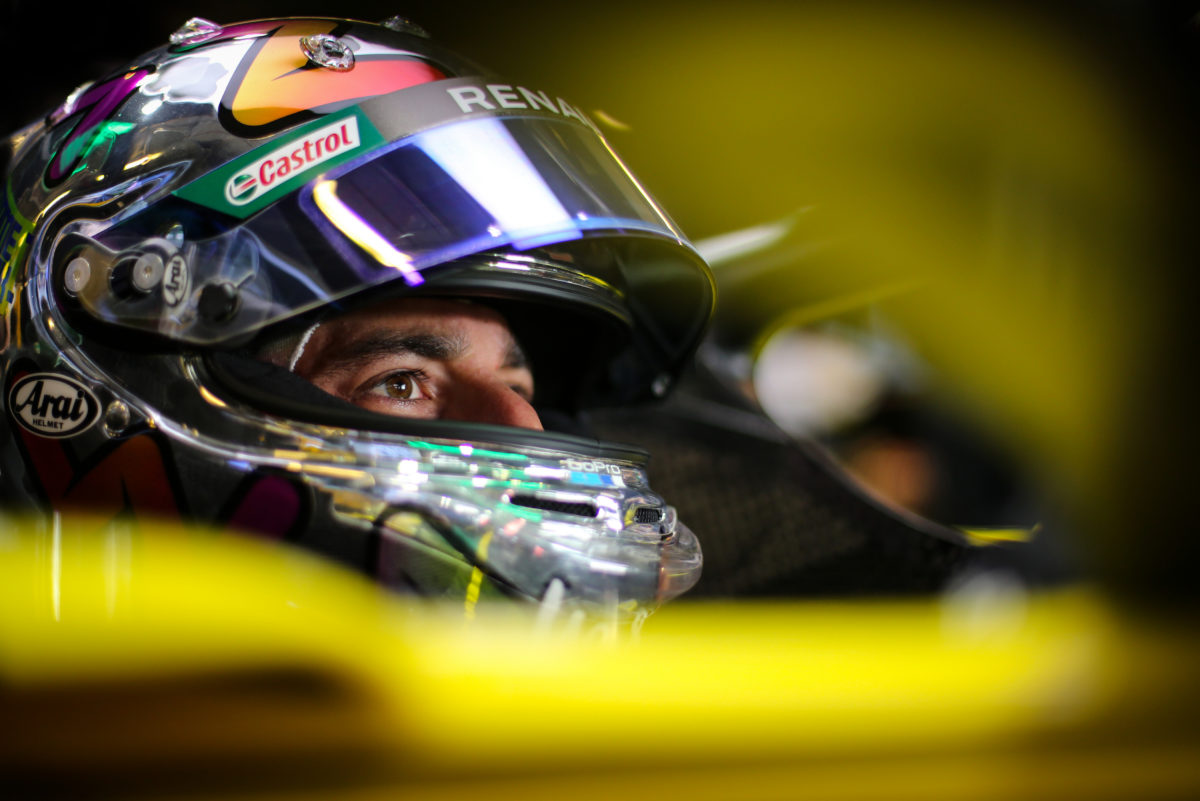 Daniel Ricciardo believes he’s in a good place heading into qualifying for the Formula 1 Abu Dhabi Grand Prix despite missing most of Free Practice 1.

The Australian rolled to a halt with fuel pressure problems in his Renault early in Practice 1, failing to record and time and not returning for the remainder of the session.

It meant much of his programme was crammed into Free Practice 2, which itself was interrupted courtesy of a red flag for Kimi Raikkonen.

“If you’re going to miss a session in Abu Dhabi it’s probably better that it’s the first one as it isn’t representative for qualifying tomorrow and the race on Sunday because of the later start times for those sessions,” Ricciardo reasoned.

“I think the evening session today was pretty good for us and we hit the ground running straight away.

“We did plenty of laps and the car felt good for most of the session. With a couple of tweaks, I think we’ll be in a good place tomorrow.

“Qualifying is going to be really important here and, of course, it’s my last one with the team, so I’m looking forward to putting on a good show.”

The fault in Ricciardo’s car was an easy fix, according to Ciaron Pilbeam, Renault’s Chief Race Engineer.

“We’ve had a fairly decent day,” he said.

“Esteban (Ocon) had a fairly smooth run all day, however Daniel missed most of the morning.

“He had a problem that was easily fixable, but the car was stranded out on the circuit, so we missed nearly all of FP1. The later session ran better for him.

“In terms of short run pace, it’s very close, as expected, with probably eight cars within two tenths on the low fuel runs on the softs.

“We are right in amongst it and we can expect a close fight tomorrow night in qualifying.

“The long runs were broken up for everyone by a red flag so it’s a bit hard to see the race pace so far, but we will do our usual Friday night homework ready for tomorrow.”

Despite his lack of running in the opening session, Ricciardo trailed Ocon by just 0.003s in Practice 2.

The pair ended the day with the sixth and ninth fastest times respectively, highlighting the intensely competitive midfield battle.

“It was a pretty good Friday in terms of our short runs,” Ocon ventured.

“We still have some work to do overall because our long runs aren’t where we want them to be, especially as that has been among our strengths this year.

“That does, however, give us something to work out over the weekend and I’m sure we’ll get there.

“Otherwise it’s promising on the timesheets and it’s going to be very tight once again.”