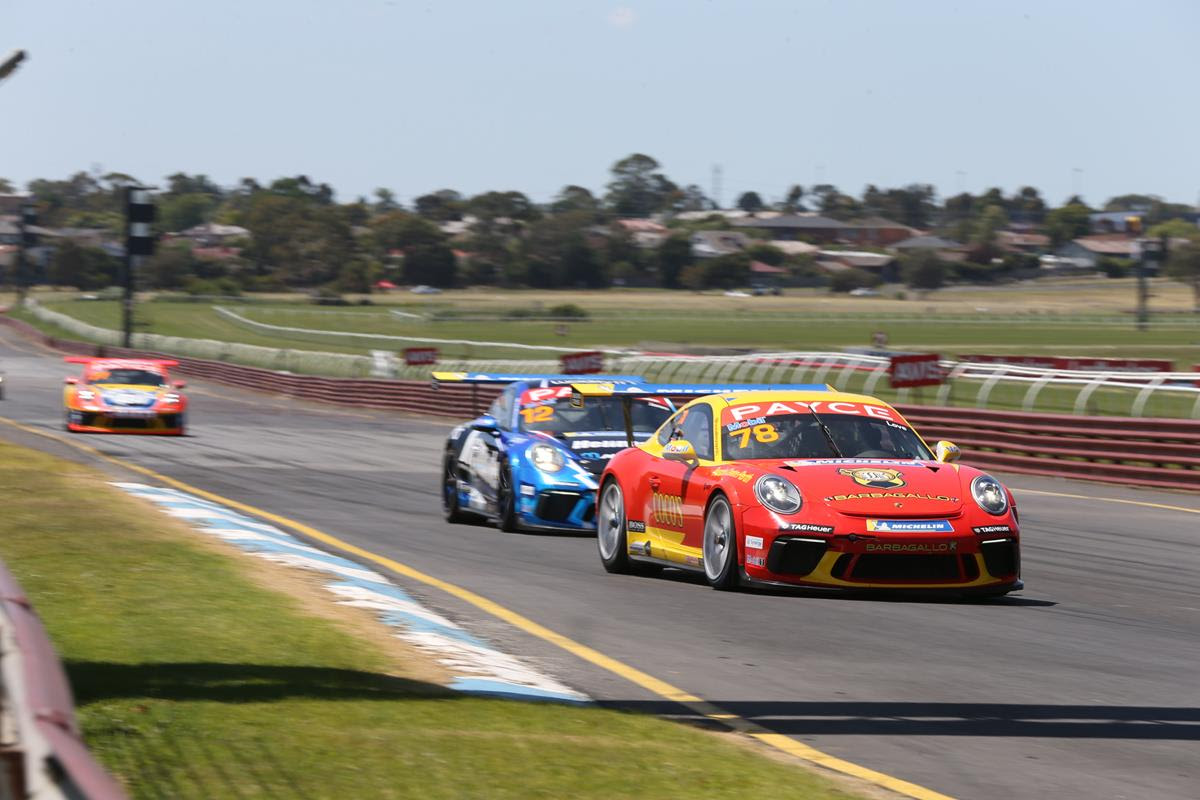 Aaron Love and Harri Jones shared the honours at Sandown

Aaron Love and Harri Jones both tasted victory in the first two races of the Porsche Payce and Michelin Cup at Sandown as part of the Motorsport Australia Festival.

Jones had opened his account with victory in the first 22 lap affair by a slender 0.4s from Love with Michael Almond third.

Starting from pole, Jones edged out a two-second margin early in the race before his Sonic Motor Racing rival closed as the field negotiated lapped traffic.

The pair ultimately crossed the line split by little more than a car length, with Love’s fastest lap, 1:09.8673s, beneath the Carrera Cup lap record at Sandown.

Love then claimed honours in the days’ second race by 0.8s over team-mate Almond, with Jones just under a second back as he slipped to third.

Jones and Love duelled for the lead and swapped positions thrice before the Sonic racer established himself out front.

Holding third early, Almond then closed on the leaders before he too slipped past Jones at Turn 1 to make it a Sonic one-two as the leading trio crossed the line nose-to-tail.

“It was classic Porsche racing,” said Jones after victory in Race 1.

“Aaron put on a lot of pressure when we caught traffic half way through. I’m stoked to come away with the win.”

Love was similarly enthused following his victory, adding: “It was really hard racing and we banged doors a couple of times.

“Full credit to the Sonic team who gave me a really good car. It was a great battle and we’re really pleased to get that one.”

Nick McBride claimed fourth in both races, while Ryan Suhle piloted a Porsche 991.1 to fifth, the first Michelin Sprint Challenge entrant home in both races.

A final 45-minute feature race is set to follow on Sunday, with Love currently holding a six point advantage over Jones in the overall Cup standings.