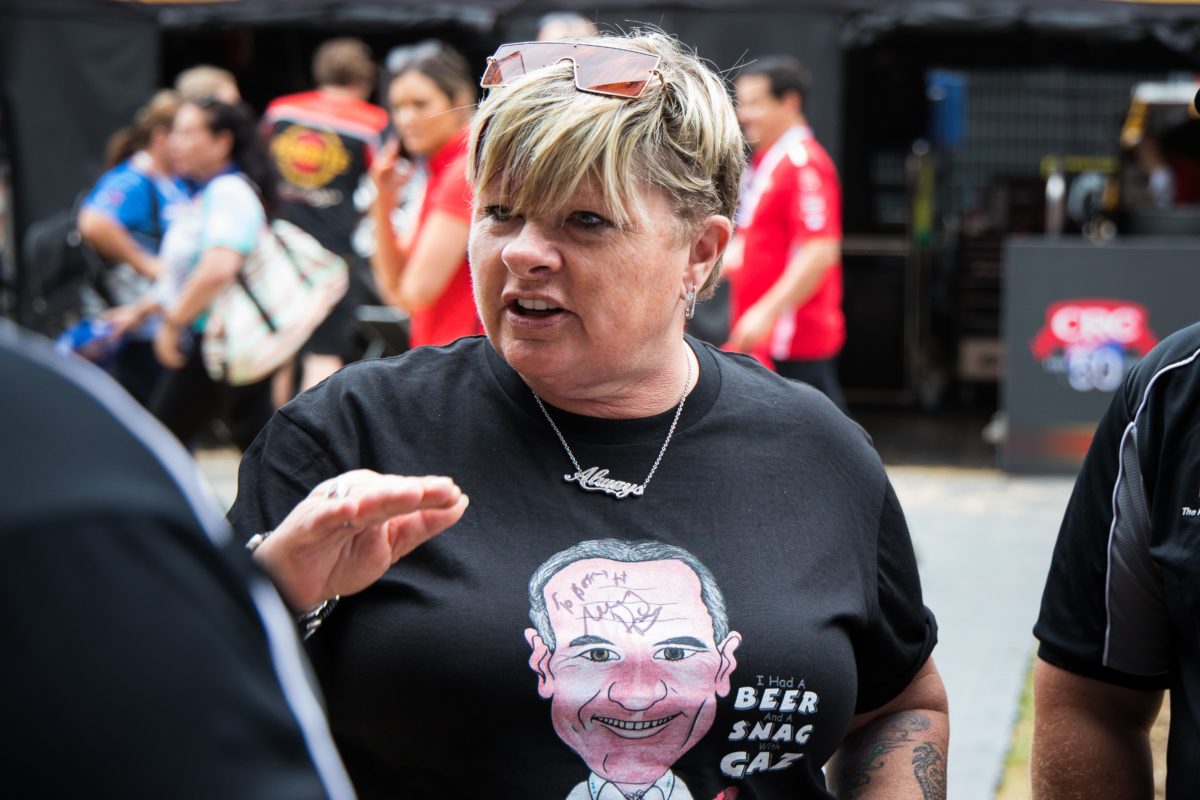 The popular and often outspoken Klimenko took particular umbrage with the way in which Ryan, CEO at Erebus, has been portrayed on television.

She also threw her support behind Crehan and Larkham, following news that both will no longer form part of the Supercars broadcast team.

“In my life, I have met con artists, would be if they could bes, back stabbers, you name it I have met them, and on a few occasions, been forced to deal with them,” Klimenko wrote on Facebook.

“But I can tell you, with hand on heart that Barry Ryan is not one of them, I put this volcano of hate and blame at the feet of Supercars.

“Supercars wanted a villain, and they used Barry, we had no say in what was put out, we were told we did, but as all things go they did as they wanted.

“Things were taken out of context, moments that can be seen up and down the field by every owner and team principle (sic).

“Of the yelling and supposed bullying was nothing more or less than you would hear in any team, decisions are made in nano seconds, some are right and some are wrong.

“Barry storming out, was taken out of context, he had a family emergency and had to run, but this wasn’t told.

“I have had a shit month, and it will all come out at some time, but I refused to see one of the most warm-hearted, kind and honourable man (sic), being mocked and ridiculed.”

Klimenko’s comments come in the midst of a period of transition for Erebus, which has seen a number of staff both arrive and depart.

Alistair McVean and Mirko De Rosa, Race Engineers for the squad’s two cars, and Crew Chief Dennis Huijser, have all departed the team.

Their positions have been filled by a mixture of internal promotions and external appointments, though the shuffle has been seen by some as an indication of strife within the team.

“If people come or go it is not because of Barry, he has been there since the beginning, its not like people didn’t know him or his personality, and there are a few who took advantage of the way he was betrayed, to kick up a shit storm over it,” she wrote.

“I for one am willing to put my life and business in his hands.

“His loyalty to Erebus and the team is unquestionable, so enough is enough.”

Klimenko also addressed the decision to drop both Crehan and Larkham from the broadcast team.

News of Larkham’s fate yesterday sparked a passionate response from fans online, in much the same way Crehan did when she announced her departure from pit lane for 2021.

“Larko has a way of making everyone comfortable, and his tech talk taught me, or should I say explained things in a way I could understand, as it wasn’t in a language only engineers understand (sometimes I just nod, don’t want to look like an idiot, and have been know to then run off to find Larko to explain it to me),” she revealed.

“The sport will be poorer by the lack of his presence, he brings a energy and enthusiasm that can’t be bottled.

“Riana, is a wonderful woman, she always had a smile for me and a hug when things went wrong.

“She is a nurse, as well, which most people don’t know, she has compassion and has always been a friend to me.

“Being Will Davison’s wife I know she knows more about the sport than most people, she was never given the chance to shine. Do love that girl.

“I don’t know who is going to be put in their positions, but I hope it is not someone associated with a team, that is not right; you do one job or the other, you cannot walk into a garage and interview someone, when at the end of the day your loyalty lies with another team, there will always be bias and preference to their team, its just wrong.

“I love this sport, and only want the best for it, I don’t want it to turn into a crazy hybrid series.

“Change is part of going forward, but it should be done in the right way.”

In my life , I have met con artists , would be if they could be’s , back stabbers, you name it I…

Posted by Betty at erebus motorsport on Friday, 11 December 2020