Hamilton likens return to ‘first day back to school’

Hamilton likens return to ‘first day back to school’ 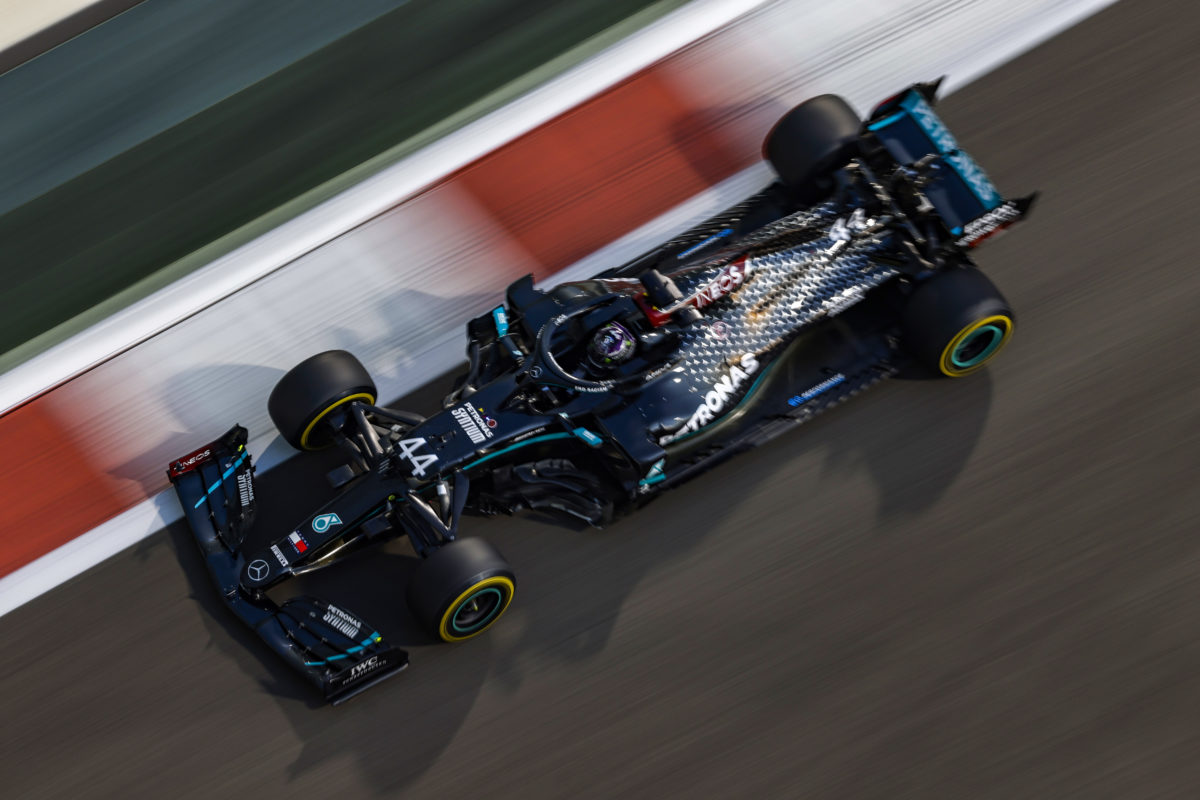 Lewis Hamilton has suggested his return to the Formula 1 paddock for the Abu Dhabi Grand Prix was like “a first day back at school.”

The champion-elect was forced out of the Sakhir Grand Prix last weekend after testing positive for COVID-19 in the days following his win in the Bahrain Grand Prix.

He subsequently tested negative on Thursday, clearing the way for his return for the season finale this weekend.

The 35-year-old set the fifth fastest time in Practice 1 before rising to second in Practice 2, ending the day 0.2s behind Mercedes team-mate Valtteri Bottas.

“I was very, very happy and grateful this morning, just to be back here,” Hamilton told Sky.

“To be able to try and finish off the season strong, I was super excited.

“It felt like a first day back to school kind of thing,” he added.

“It definitely took a minute to get back used to it for the first session, and then the second one, I think (I was) still getting my bearings, but not too bad.

Hamilton’s Practice 1 was interrupted to resolve a brake issue in his W11, which saw him stuck in the garage for almost half of the 90-minute session.

That hiccup aside, it was an otherwise straightforward day of running at an event Mercedes has dominated since 2014.

The Englishman has five wins around the Yas Marina circuit, four of them with his current team, while Bottas claimed top honours in 2017.

Despite that pedigree at the venue, and his own layoff, Hamilton suggested there is nothing to prove.

“I just want to come here and enjoy it this weekend and enjoy what I do,” he said.

“It’s been a huge amount of work from everyone back at the factories, and it’s been a privilege to race with them this year.

“So we don’t have anything to prove this weekend.

“I don’t feel like I have anything to prove; just here to have some fun.

“I think George (Russell) did an amazing job (substituting at the Sakhir Grand Prix), and I think everyone knows that,” he added.

“I think it was definitely odd, and from my 27 years of racing, I’ve never missed a race.

“I’m just grateful to be back.”

The Abu Dhabi Grand Prix weekend continues with Practice 2 at 21:00 AEDT tonight with qualifying to follow at midnight.