Bottas fastest as midfield battle heats up in Abu Dhabi

Bottas fastest as midfield battle heats up in Abu Dhabi 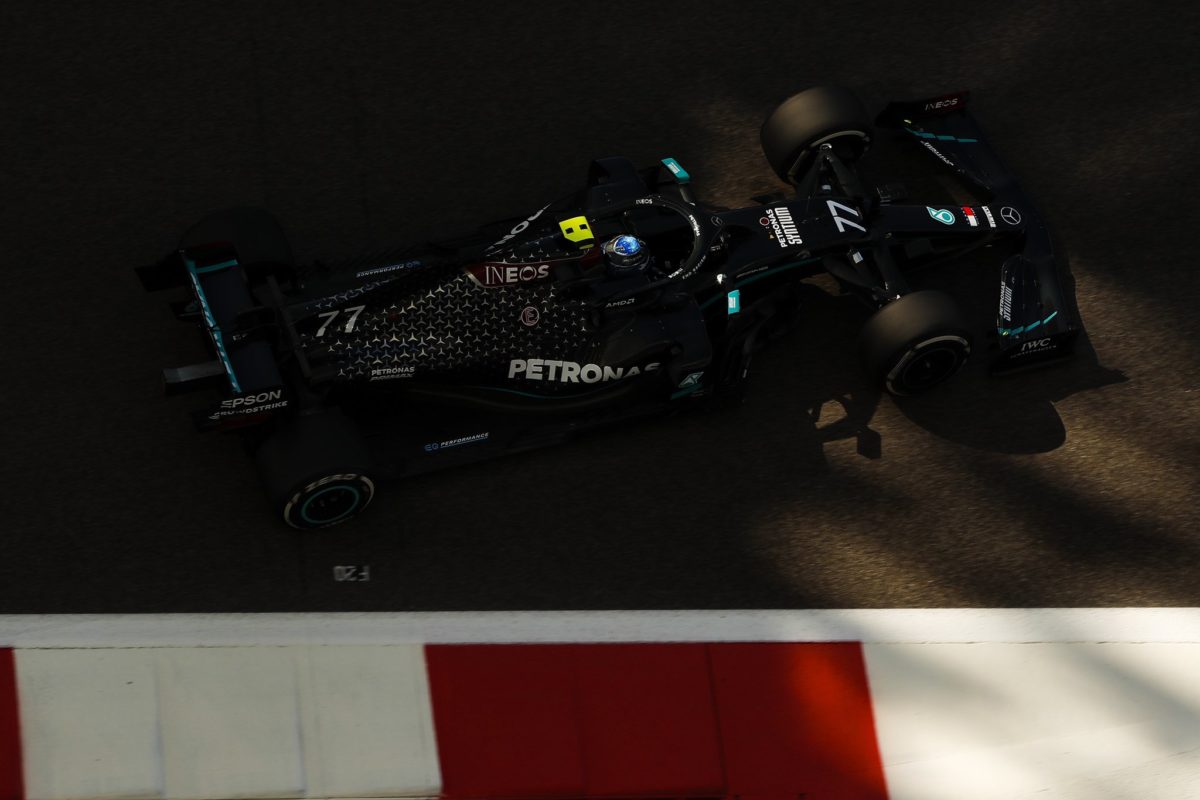 Bottas was 0.2s quicker than the returning Hamilton at the end of Practice 2, having trailed Max Verstappen by 0.03s in the earlier session.

Times fell more than a second in the evening session, Bottas’ best coming on the medium compound tyres.

The top three all used the yellow walled tyre on their best lap in Practice 2, fourth fastest Alex Albon using the soft compound rubber at the head of a compact mid pack.

Just over a tenth covered the pack from Norris in fifth, 1.162s off the outright pace, to Sainz in 12th, just 0.178s slower than his team-mate.

That followed a similarly competitive grouping at the end of Practice 1, which saw Kvyat in eighth 1.772s away from Verstappen’s session best, with Norris in 13th just over two tenths slower.

It was a session that saw Ricciardo record just three laps, none of which were timed, as he crawled to a halt on the back straight less than half an hour into proceedings.

Renault confirmed the issue related to the fuel pressure in the Australian’s car, which was fitted with a ‘Friday’ engine.

He was able to take part in Practice 2, and clocked 28 laps to finish with an identical lap time to Leclerc, just 0.003s slower than team-mate Ocon.

Kimi Raikkonen’s day came to a slightly early end when his Alfa Romeo caught fire in the latter stages of Free Practice 2.

The Finn promptly parked and climbed free of the car as Race Control threw the red flag to allow its recovery.

When the session restarted Hamilton ground to a halt in pit lane, unable to find a gear.

Pushed out of the fast lane by marshals, his Mercedes crew chased down the lane to retrieve him.

Hamilton was able to get the car refired and completed a lap before returning to the lane where the team switched out the steering wheel on the W11.

The Brit was able to get the car back to the garage, though took no further part in the day’s running as his team began troubleshooting the problem.

Initial track time in Practice 2, the only night practice available to the teams ahead of Sunday’s race, saw the running of a new development tyre for 2021.

The loss of laptimes for track limits, traffic, and and off at Turn 1 for the top three therefore clouded the exact order, at least over a single lap, at the top end of town.

The back end of the session was spent looking at long runs for most teams, interrupted by Raikkonen’s Alfa Romeo, before a final five minute flurry to end the day.

Elsewhere, Practice 1 marked the race weekend debut of Mick Schumacher, who stepped in to Kevin Magnussen’s Haas for the session to record the 18th best time, well clear of Pietro Fittipaldi in the sister car.

Robert Kubica was also back in action, taking control of the Alfa Romeo usually occupied by Antonio Giovinazzi to record the 15th best time of the session, 2.5s away from Verstappen’s session best.