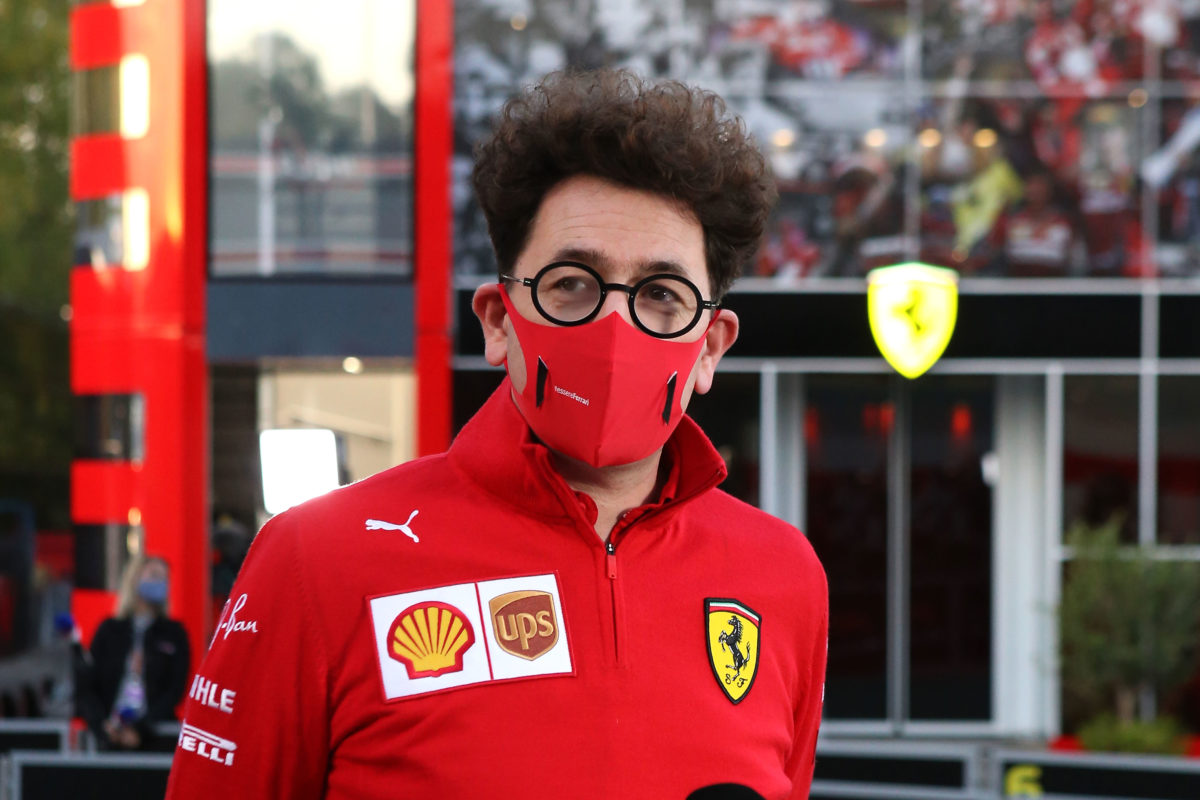 Ferrari’s Mattia Binotto will miss the Formula 1 Abu Dhabi Grand Prix this weekend, the final race of the 2020 season, through illness.

The Scuderia’s Team Principal felt unwell following the Sakhir Grand Prix and since has returned to his native Italy.

In his place, Sporting Director Laurent Mekies will head the operation for what will be Sebastian Vettel’s final outing with the Prancing Horse.

It is not the first time Binotto has missed an event, having skipped the Bahrain Grand Prix to remain at Ferrari’s Maranello base.

He was also absent from the Turkish Grand Prix, with Mekies placed in charge in both instances.

Ferrari currently sits sixth in the constructors’ championship, though found itself in the hunt for third following the Turkish Grand Prix.

In the two grands prix since, Vettel and Charles Leclerc have scored just a single point between them, while Racing Point racked up a one-three last time out.

As a result, the deficit has ballooned out to 63 points to third in the title fight, and more than 40 in arrears of Renault in fifth.

With a 28 point advantage over AlphaTauri in seventh, Ferrari is all but confirmed in sixth in the 2020 constructors’ championship, it’s worst result in four decades.

Ferrari entered the 1980 championship having won both drivers’ and constructors’ titles the year prior with drivers Jody Scheckter and Gilles Villeneuve.

The Italian team then won consecutive constructors’ crowns in 1982 and 1983 before waiting until 1999 for its next.

In 2007 and 2008, it claimed successive championships, and has finished second in the title fight on five subsequent occasions.

Since 1980, it’s next worst championship position was fifth in 1981, and during the height of its struggles in the early 1990s slipped only to fourth.