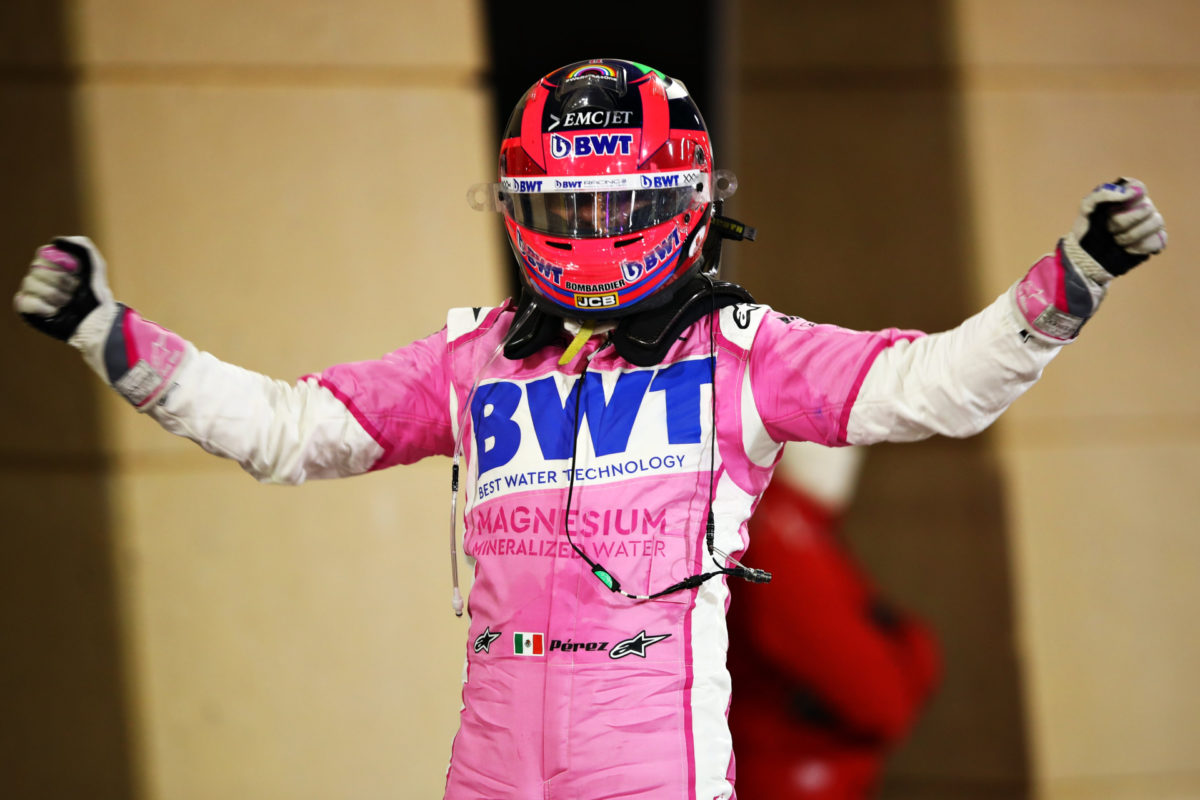 The Mexican driver is without a drive in 2021 after he was dropped from Racing Point, with Sebastian Vettel to take his place at a newly-rebranded Aston Martin effort.

Perez is still waiting on a decision on whether Red Bull will give him the seat in 2021 or retain Alex Albon.

While previously insisting he is prepared to take a sabbatical next season, Perez was pleased to receive praise from rival team bosses following his Sakhir breakthrough.

Following the Sakhir race, Ross Brawn said it would be a “tragedy” if Perez wasn’t on the 2021 grid.

“I had congratulations messages pretty much from most of the team bosses in F1, including Helmut, so it was nice to have that,” the 30-year-old said in Abu Dhabi.

“And regarding any decision, I think what they say publicly is correct. They will make (a) decision at some point after the weekend.

“So I don’t know when that decision will be. So there’s not a lot of hurry anymore.

“It’s the end of the year, and it’s where we are. So we waited so long that now one week or two weeks more is to know our decision, it doesn’t change that much.”

Red Bull has indicated it intends to retain Albon, but the team has given the Thai driver until the end of the season before a decision is made.

Albon is 32 points down on fourth-placed Perez in the drivers’ standings, and 96 points adrift of Red Bull team-mate Max Verstappen.

Perez missed the Silverstone double-header following a positive COVID-19 test, but has finished every race he has started in 2020 bar his Bahrain Grand Prix MGU-K failure, when he was running third.

The 190-race veteran remained adamant he wasn’t in control of his future, but said he was proud of his consistent level of performance amid a challenging season.

“What I’ve shown in the last 10 years, weekend after weekend, year by year, always having up and downs, but always coming to a year end with strong results,” he explained.

“And this year, especially… my year has been very, very up and down, missing two races with the COVID in such a short championship.

“So many missed opportunities, and still we’re lying fourth in the drivers’ championship.

“I’m not fully in control of my future at the moment… but given that it’s not in my hands, given the victory came, I felt that I made the most of my opportunities.

“I think the victory gave me some peace to myself, but also a lot more hunger. I want more in the sport.”

Perez and the rest of the field will hit the Yas Marina Circuit for Free Practice 1 at 20:00 AEDT tonight.