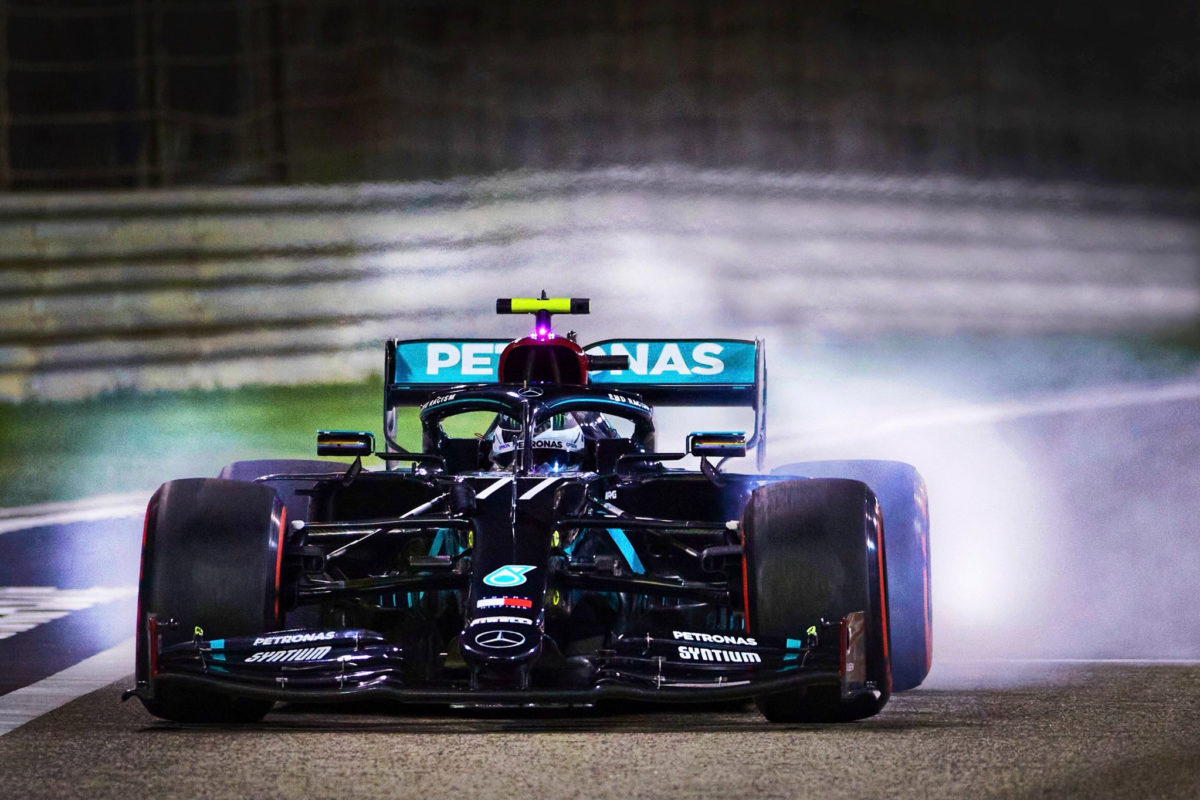 Despite starting the race from pole position, Bottas was outpaced in the race by George Russell, who was deputising for Lewis Hamilton.

After Russell shot into an easy lead, both Mercedes drivers dropped into the midfield following a botched attempt to double stack them in the pits.

A Safety Car deployment triggered a late call to pit both Mercedes, but the team fumbled amid a radio transmission error and mixed up the tyres for both cars.

The front medium tyres allocated for Bottas were fitted to Russell’s car, while Bottas was sent back out onto his used hards following a 27-second stop.

Bottas was then passed on track after the restart by Russell, who dropped behind after being forced to pit for the correct tyres.

Russell was then forced back into the lane with a puncture, yet battled through the field and finished just three seconds down on his experienced team-mate.

The eventual eighth place marked another tough result for Bottas, who finished 14th and a lap down in Turkey and eighth in Bahrain.

After the Sakhir race, Mercedes Team Principal Toto Wolff admitted the Finn “did not shine”.

Speaking ahead of this weekend’s Abu Dhabi Grand Prix, Bottas admitted he tried to avoid the post-race scrutiny.

“Obviously on Sunday I got to deal with all the media, and yeah… as a driver having a bad race, you have to deal with it, and I did,” he explained.

“I’ve learned from the past that sometimes the best thing to do is then to block everything and not look at anything.

“After Sunday I have really not looked at a single headline or article or social media. That’s the way, sometimes, you have to do, and it worked for me.

“I feel at the end full of energy for the weekend and feel that I’m in a place that I can perform. That’s the main thing.

“Every driver has their own ways to reset and get back up when you have a bad moment.”

Bottas hasn’t visited the podium since his second place at Imola, before he ceded the title to Hamilton at the next race in Turkey.

The 31-year-old quipped that because of poor luck, he cannot remember the last time he made it onto the podium.

“Since Imola, it’s been a run of really, really bad luck and I can’t even remember the last time when I was on the podium, so it’s definitely that I feel I have not been performing at my best in the last few races,” he said.

“There’s many factors in this sport – sometimes it’s luck, sometimes it’s what you do yourself in the car and outside the car – and all I can say is I can be much better than if you look at the last four races on average.

“I feel that I need to do better.”

Free Practice 1 for the Abu Dhabi Grand Prix will commence at 20:00 AEDT tonight.