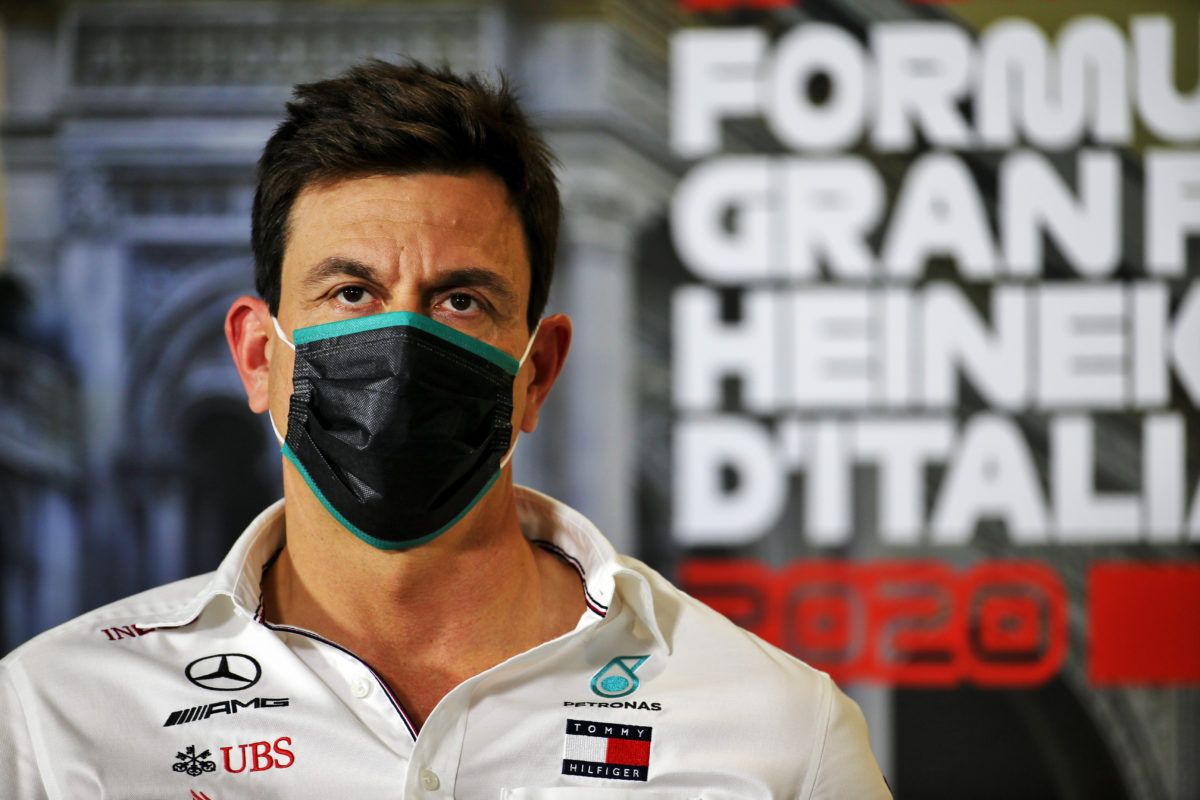 There are no certainties that Australia will host the opening round of the 2021 Formula 1 season according to Mercedes Team Principal, Toto Wolff.

Melbourne is slated to host the opening round of a record 23-race schedule on March 18-21, marking F1’s return to Australian shores following the eleventh hour abandonment of the 2020 event.

The publication of next year’s provisional calendar comes despite uncertainly surrounding the pandemic and its impact on travel in the new year.

“I would hope so, that it will be the real calendar, but obviously this is a moving target,” Wolff said when asked by Speedcafe.com about his confidence in the provisional calendar.

“We don’t know how quickly we can get on top of COVID.”

A hastily reworked 2020 calendar has seen F1 remain largely in Europe, with just three events outside the continent; two in Bahrain and this weekend’s season-ending event in Abu Dhabi.

However, as things currently stand, Wolff suggests a return to Australia in March is unlikely.

“I would very much hope that we can start our season in Australia, back with all you guys,” he said.

“At the moment, quarantine rules would prevent that, prohibit that.

“So I think we need to take it month by month, see how things develop, and hopefully we have a very solid calendar that looks a little bit of that we have today.”

Sources have suggested to Speedcafe.com that the Australian Grand Prix Corporation and Victorian Government are looking at the Australian Open tennis tournament as something of a litmus test for the process of allowing international competitors into the country.

That tournament does not currently have a formalised start date, though is expected to be February 8, with players, coaches, and managers likely to have to undergo two weeks of quarantine ahead of on-court action beginning.

During that time, players will be permitted to train, but must test negative to COVID-19 on the first day of isolation in Melbourne.

They’ll then undergo subsequent tests before the tournament begins, at which point they’ll no longer need to adhere to quarantine conditions.

This year’s Australian Grand Prix was cancelled shortly before cars were scheduled to hit the track in March after McLaren withdrew from the event.

That came in response to one of its team members contracting COVID-19, prompting a number of others to enter isolation.

It marked the first time since Australia joined the world championship in 1985 that it has not hosted a round of the competition, and the first time an Australian Grand Prix hadn’t been held since 1946.