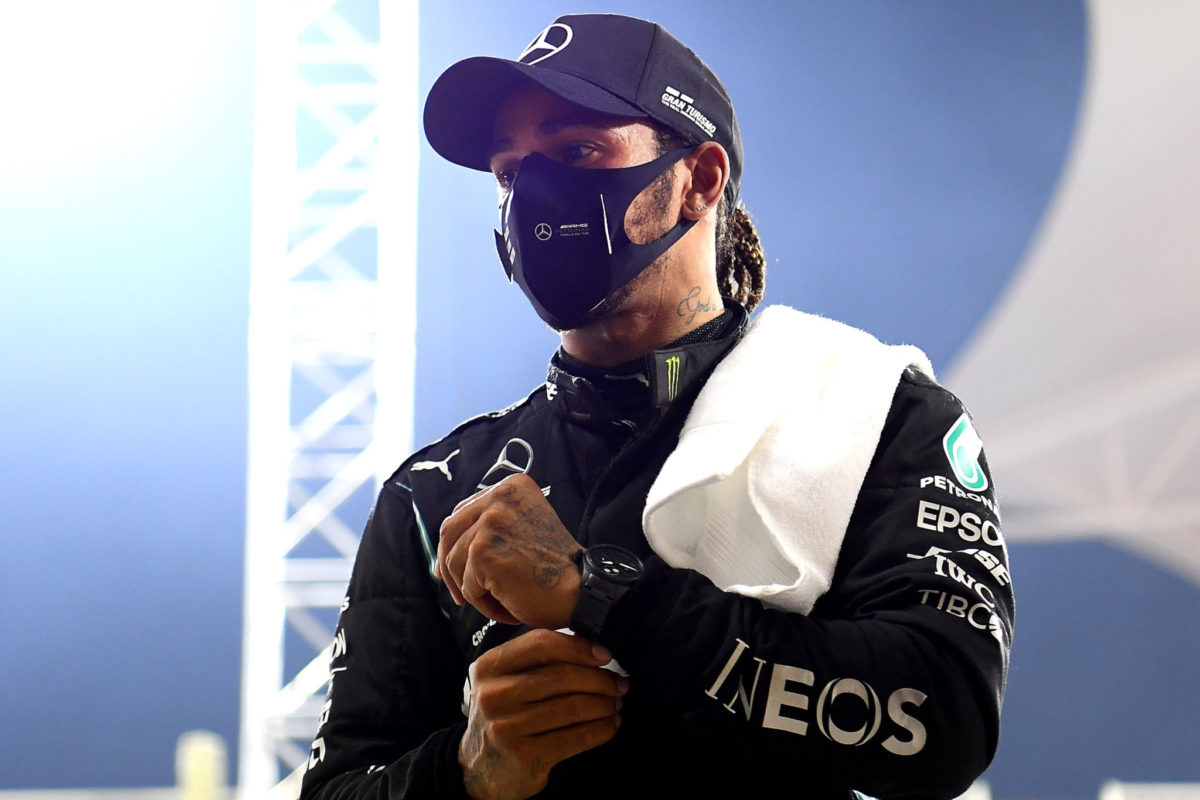 Hamilton was forced onto the sidelines for last weekend’s Sakhir Grand Prix following a positive COVID-19 test, ending a record unbroken run of 265 starts dating back to his 2007 debut.

The seven-time world champion was substituted by Williams’ George Russell, who is part of Mercedes’ junior programme.

Russell demonstrated strong pace across the weekend, and narrowly missed out on a maiden victory following pit stop and puncture dramas.

Should Hamilton test negative, he would then have to be cleared to travel from Bahrain to Abu Dhabi.

Under Abu Dhabi’s current quarantine regulations, he would then face a mandatory 48-hour isolation period before being allowed back into the Formula 1 paddock.

It marks a race against time for Hamilton, with Free Practice 1 in Abu Dhabi to commence at 1300 local time (2000 AEDT) on Friday.

Hamilton recently posted to social media, saying he was still keen to drive in the last race of the season despite one of his “hardest weeks” of his life.

Speaking ahead of this weekend’s race, Wolff said Mercedes will make its decision once Hamilton’s condition becomes clear.

“There are still some question marks over who will be in the car this weekend in Abu Dhabi,” Wolff explained.

“Lewis’s condition is improving, but we won’t know until closer to the time if he will be driving.

“We’ll do everything we can to get him in the car and we know he’s determined to be back as soon as possible.

“But his health is our main priority, so we will see what the situation is and then make the call.”

Hamilton was the third driver to test positive during the season, with Racing Point pair Sergio Perez and Lance Stroll both contracting the virus at separate stages.

Wolff, who admitted Mercedes’ Sakhir pit stop fiasco was a “colossal f**k up”, said the team had committed to rectifying the radio transmission failure which caused the error.

“We head into the final race of the season looking for redemption after a disappointing race in Sakhir, where both George and Valtteri lost the opportunity to win,” Wolff said.

“The pit stop problem has uncovered an underlying problem with our intercom, and we’ve put measures in place, both technically and in the way we operate, to make sure it doesn’t happen again.

“Abu Dhabi is always a fun race weekend with the end of season vibe and an interesting track for the engineers to tackle.

“The atmosphere will be slightly different this year with the COVID-19 control measures, but we’re as motivated as ever to end the season with a strong result and head into the winter break on the right foot.”