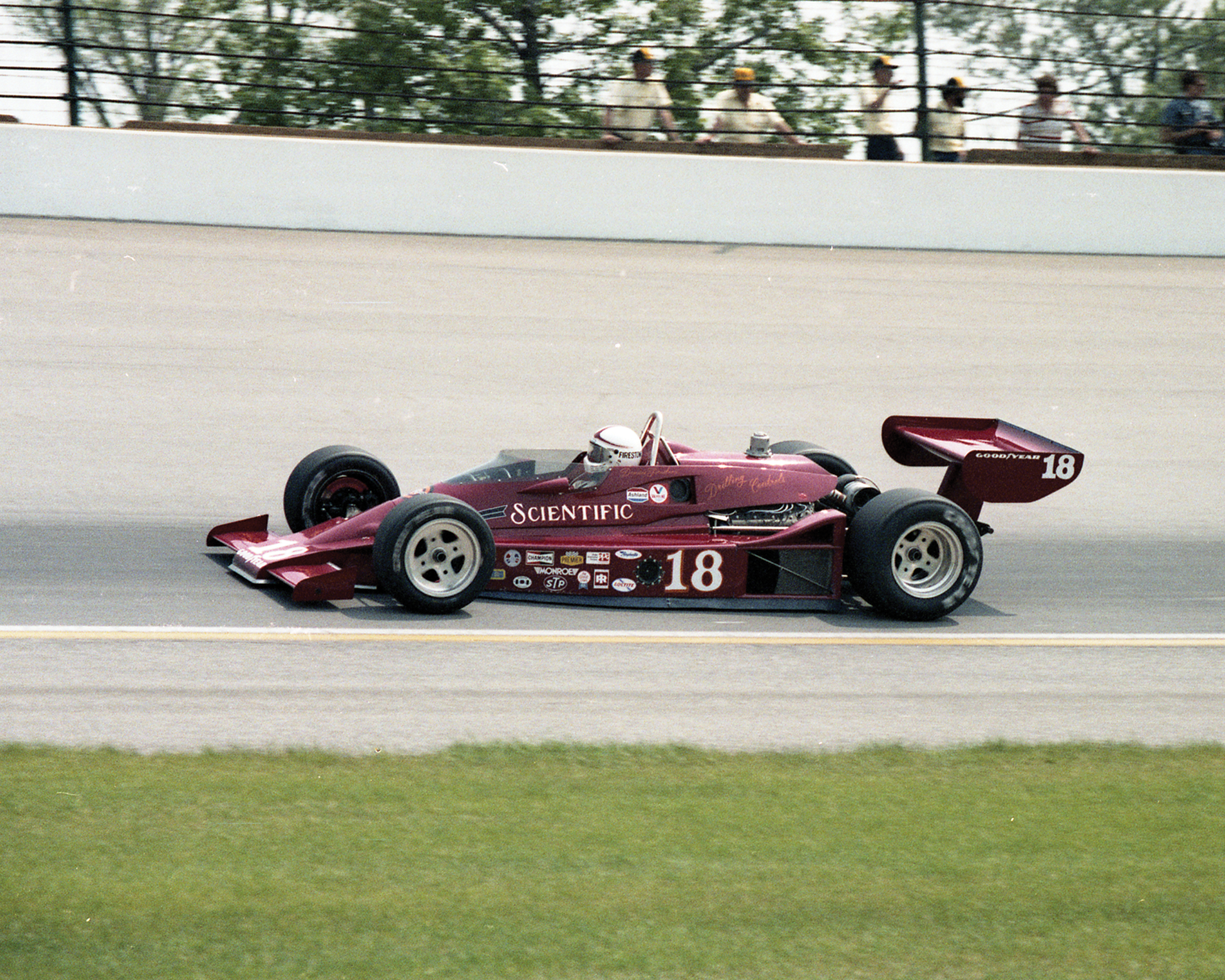 Today we look at chapter 11 and The Man Who Rebuffed Roger Penske. This is the story of Townsville-born ace Dennis Firestone who turned down a racing career with the best in the business to run his California trucking company.

They were ‘overpaid, oversexed and over here’. They were the one million serving members of the United States military who used Australia as their base in World War II. The population of Australia at the time was only seven million so they hardly assimilated. They stood out in word and deed.

The girls loved them; in fact, they were encouraged to do so. In many cases entry to a cinema or a nightclub was prohibited unless accompanied by a member of the military. Morale was a priority.

At the end of the war, 10,000 Australian war brides, many with infants, shipped out of east coast ports to join their new husbands in the US. It was the largest exodus of women and children in the history of the country. Dennis Firestone five-time Indianapolis 500 competitor and eight-time aspirant, was among them. He was two years old at the time.

In his whole life Dennis has been back to Australia just three times. And yet for his entire motor-racing career, he identified as an Australian. Dennis felt it ‘added a bit more flavour’ to his image. ‘I enjoy the fact that I’m not another one of the Andretti boys,’ he laughed. ‘It’s not that I brag about it. It’s my heritage. I have an affinity with Australia.’

Dennis became an early achiever. He bought his first truck at eighteen, ‘so I could pay the rent’, but soon after he bought a specialised furniture-trucking company from an old guy who liked his style. It cost him USD 51,000, but the seller only wanted USD 8000 for the deposit, and over time Dennis was able to pay off the rest. That business today is worth more than USD 75 million and Dennis only recently sold it to his long-time employees.

His motor-racing career spanned just one decade. The father of one of the mechanics in his trucking business built engines for the Indianapolis 500 and that got him interested. ‘I’d been desert dirt-bike racing for a while, but I was too aggressive and hurt myself way too often,’ Dennis said. So, he went car racing instead.

‘It was the heyday of Formula Ford—120 cars turned up for 36 starting positions.’ He dominated the USAC Mini-Indy series, the Formula Super Vees that were the path to Indianapolis. He raced the series for two years, placing second in his first attempt and then winning the following year. In that second year he beat Geoff Brabham. Geoff was third. Mike Chandler, heir to the Buffums Department Store chain and member of a prominent Californian family, was second. All three went on to race Indianapolis.

‘We were running the Super Vees as a support category to IndyCar and Roger Penske approached me,’ Dennis said. ‘His son Greg was racing at the time. Roger asked me to take him under my wing, talk to him, give him a bit of advice.’ The younger Penske was a competent and enthusiastic driver. In one season alone he would enter 47 races and claim seven podiums. At the last race meeting in the 1979 season, Roger said to Dennis: ‘I’d like to talk to you further. Let’s see what all this may mean.’

Firestone travelled to Penske’s office. ‘There was a man called Jack Rhoades with him. I’d never met Jack before,’ Dennis recalled. ‘Roger said to Jack, “You want to buy one of my Penske PC6 race cars. They’re not for sale, but I’ll give you the car for a year as long as you use Dennis as your driver. I think he’s got talent.”’

Rhoades was a true son of Indianapolis—he’d lived there all his life and built multiple businesses, largely in aviation. He’d already rescued several P-51 Mustang fighter planes from the scrap heap and begun their restoration. (Today’s starting price for a P-51 is around US$2 million.) He’d entered the Indianapolis 500 with an old McLaren M16 and failed to qualify, but as a big thinker he found his way to Penske.

‘He was a redneck,’ Firestone said. ‘He wanted a speedway driver. But I came with the car.’ The deal went ahead. The odd couple ‘didn’t have a clue’ but with a bit of help from Penske they stayed in the top half of the field in the 1980 race until the car expired with transmission failure on the back stretch on lap 137. They were classified sixteenth.

Firestone drove seven championship races for Rhoades that year and earned Rookie of the Year. He was 36, not young, but he was doing well. And he was on Penske’s radar.

‘Roger sent out a representative to meet me in my truck business office in California,’ Dennis said. ‘I could tell by his questions that he’d been directed by Roger to discover if I could be a player in his team. He asked me directly: “Are you a racer or a trucker? Would you walk away from trucking and race full-time?” I couldn’t turn my back on my business, on everything I’d built, and I answered truthfully, “I’m a trucker.” That nixed my future with Roger.’

Tomorrow we look at Chapter 11 and The Man Who Rebuffed Roger Penske. This is the story of Townsville-born ace Dennis Firestone who turned down a racing career with the best in the business to run his California trucking company.