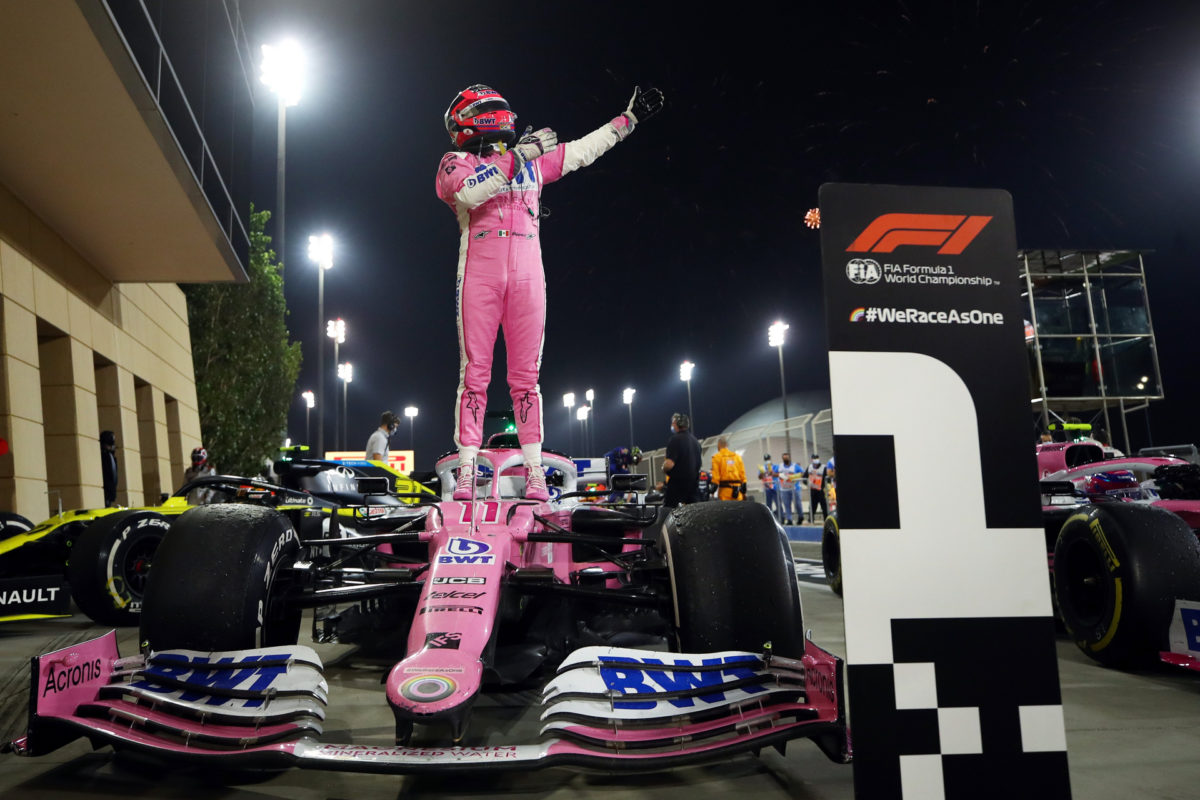 Perez recovered from dropping to last place following a first-lap spin and pit stop to claim his maiden Formula 1 victory at the Bahrain outer loop circuit.

It was the fifth win for the team formerly known as Jordan, and the first under its current Racing Point guise.

It took until the 14th race of the season for Perez to finally clinch a podium, with a mistaken strategy call in the late stages of the Emilia Romagna Grand Prix costing the Mexican a likely rostrum visit.

Perez was left ruing a late strategy call at Imola, with the team pitting him for fresh tyres during a Safety Car period and losing him track position.

With Perez inheriting the Sakhir lead following a bungled Mercedes double stack attempt under yellow on Lap 62, he said his team was determined not to make the same mistake.

“I think obviously after what happened in Imola when we did the wrong choice, pitting under the Safety Car, we were clear what we wanted to do here,” explained Perez, who described the win as a “dream come true”.

“We were obviously staying out and we were pretty confident I was going to be able to restart those tyres and to go to the end with good pace.”

Mercedes let a one-two finish slip through the cracks after a radio transmission failure caused a mix-up in delivering the tyres for George Russell and Valtteri Bottas.

Russell was fitted with tyres allocated for Bottas, who then stacked and waited for 27 seconds as the pit crew rectified the error.

After pitting for a replacement set a lap later, Russell fought through the field from fifth and closed on Perez. However, Russell’s charge was ended by a rear-left puncture.

However, despite Russell’s pace, Perez believed he had enough to defend the lead from the charging Mercedes.

“I think with George it was going be close but I think I was going to be able to hold him back, because we had good pace,” Perez said.

“The information that we had as a team was that you needed a difference of eight-tenths of a lap to be able to overtake.

Perez will enter this weekend’s Abu Dhabi season finale fourth in the standings, 13 points ahead of Renault’s Daniel Ricciardo.