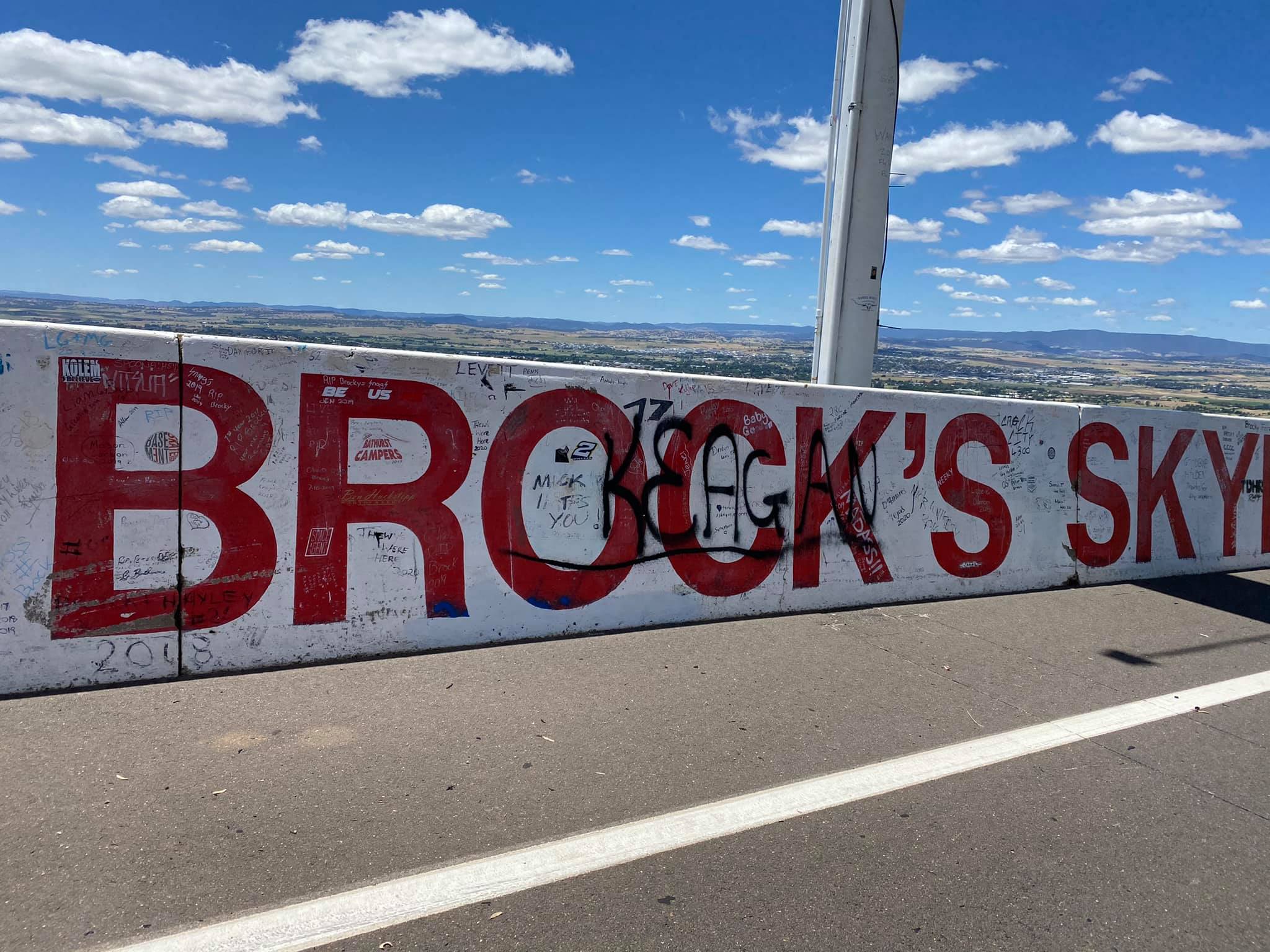 The iconic concrete wall at Brock’s Skyline atop Mount Panorama has been defaced.

Images of large scale graffiti have surfaced on social media, leading to online condemnation of the vandalism on the Bathurst Alerts and Incidences Facebook page.

Speedcafe.com has approached the Bathurst Regional Council for comment regarding the incident.

The wall at Brock’s Skyline has become a landmark at Mount Panorama on which people have left messages often paying tribute to the ‘King of The Mountain’.

Peter Brock won the Great Race on nine occasions, all behind the wheel of a Holden. His last win at The Mountain came in 1987 in a Holden VL Commodore.

Earlier this year the Bathurst Regional Council opened a board walk at the top of Mount Panorama, which ends at Brock’s Skyline overlooking the township. 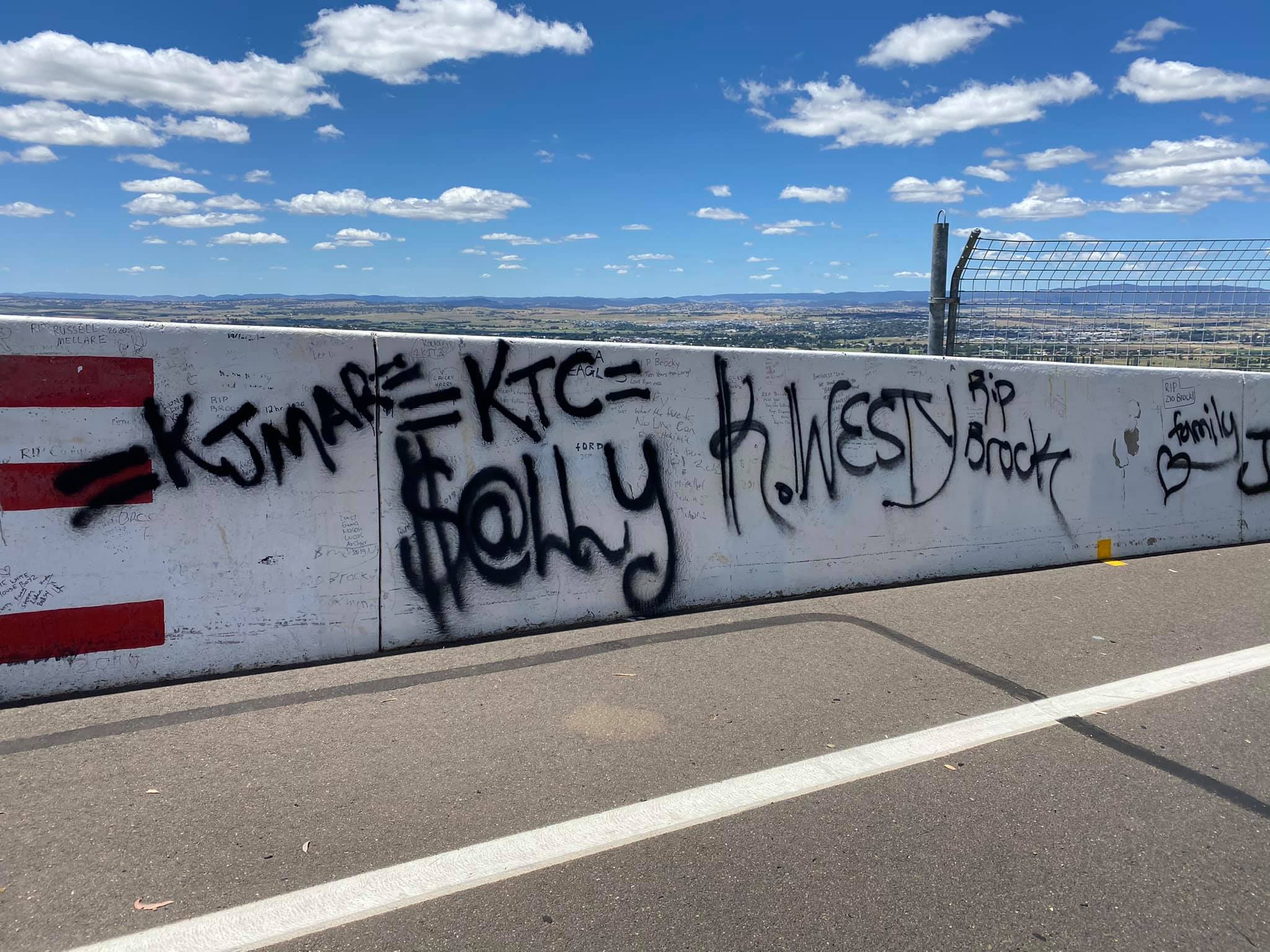 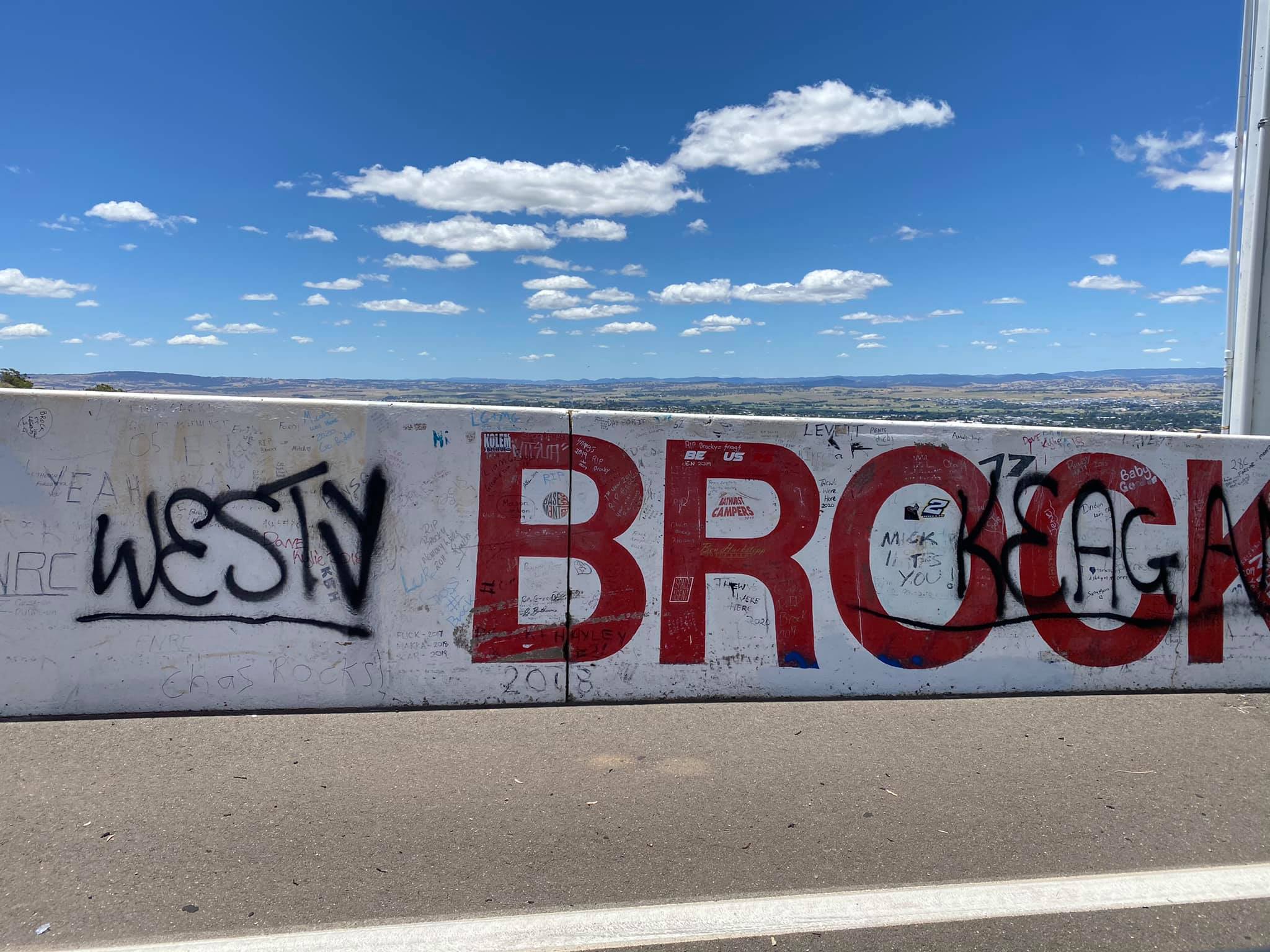