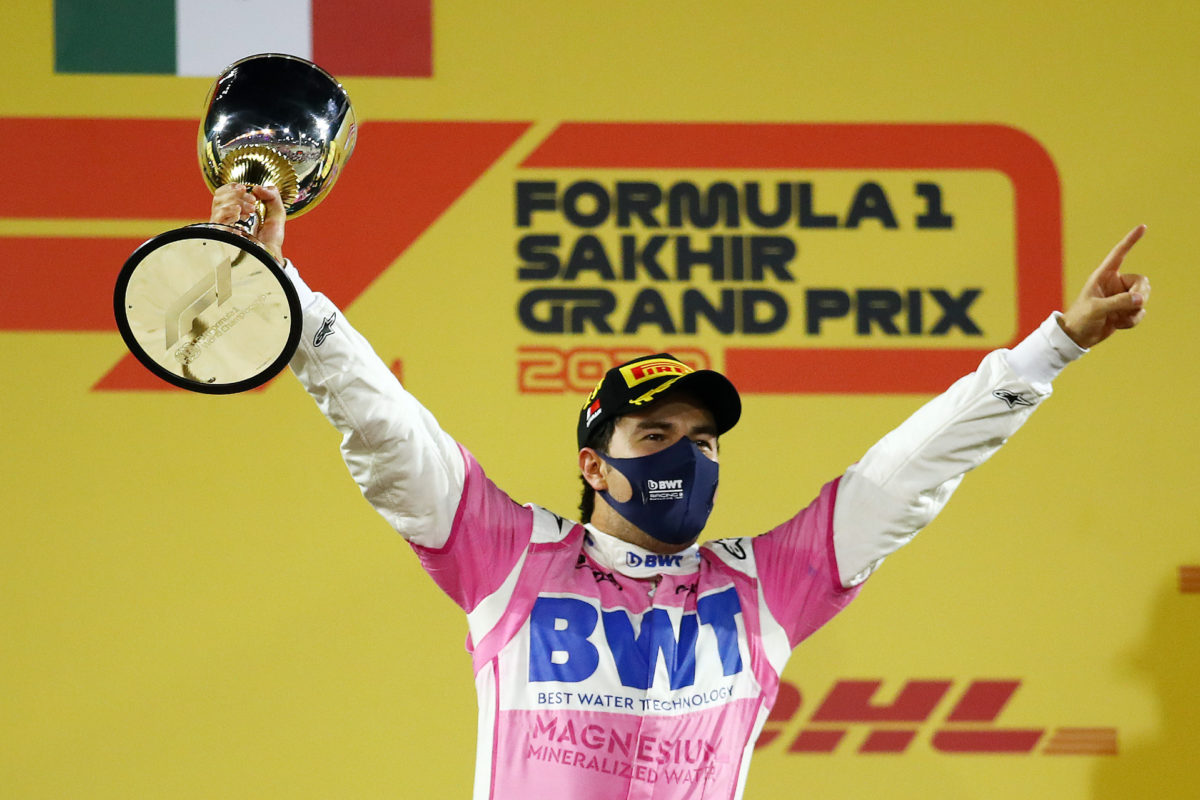 Ross Brawn believes it will be a “tragedy” if Sergio Perez fails to secure a seat on the 2021 Formula 1 grid.

Perez claimed a breakthrough victory in last weekend’s Sakhir Grand Prix despite falling to last place on the opening lap.

It was also the fifth win for the team formerly known as Jordan, which last claimed victory at the 2003 Brazilian Grand Prix with Giancarlo Fisichella.

The result came amid the likelihood of Perez missing out on a drive in 2021, with Racing Point replacing the Mexican with outgoing Ferrari driver Sebastian Vettel.

A seat at Red Bull, which is yet to be confirmed for 2021 despite Alex Albon currently holding down the drive, remains Perez’s only genuine opportunity to remain in F1.

Perez, who is fourth in the drivers’ standings, recently claimed he is in the form of his career ahead and admitted he was at peace with the prospect of taking a sabbatical.

“I already have some good options for 2022 so my best option is obviously to keep going on next year,” Perez said recently.

“The regulations are going to change so much that, in a way, I don’t think it will hurt that much the driving side, to get up to speed.

“I’m at peace with myself. I think Esteban (Ocon has) mentioned that drivers like him missing out on seats, it’s just the way Formula 1 is.

“It can be really tough and not the best drivers are in Formula 1 unfortunately. So we keep pushing and we keep delivering and I think that’s the best way to do it.”

However, Brawn believes Perez has more than vindicated he deserves a 2021 seat.

“This was a thoroughly deserved victory for Checo (Perez),” Brawn, F1’s Managing Director, wrote in his weekly F1 column.

“I said in this column last week Racing Point may be feeling they underachieved. Well they corrected the scales yesterday… big time. And all credit to them. They were there and picked up the pieces and Checo just drove brilliantly.

“We all want to see him next year. It’ll be a tragedy if he can’t get a car. The team must be thinking about the decisions they have made, losing him when he’s driving so well.

“His replacement Sebastian Vettel I’m sure will come back stronger, as he’s in a bit of a trough at the moment, but Checo is a guaranteed deal.

“So that’ll be interesting to see how that develops. In a way, Seb has some fairly big shoes to fill now, even if he’s a world champion.”

Racing Point co-owner Lawrence Stroll, whose son Lance drives for the team and finished third in Sakhir, also believes Perez is worthy of a 2021 drive.

“Checo has been a fantastic asset,” Stroll told Sky F1.

“He’s been an asset for this team a long time before I’ve arrived.

“I think he most definitely proves every weekend he deserves to be in the car next year and I hope he’s in that Red Bull next year.”

The 2020 season will conclude at this weekend’s Abu Dhabi Grand Prix.