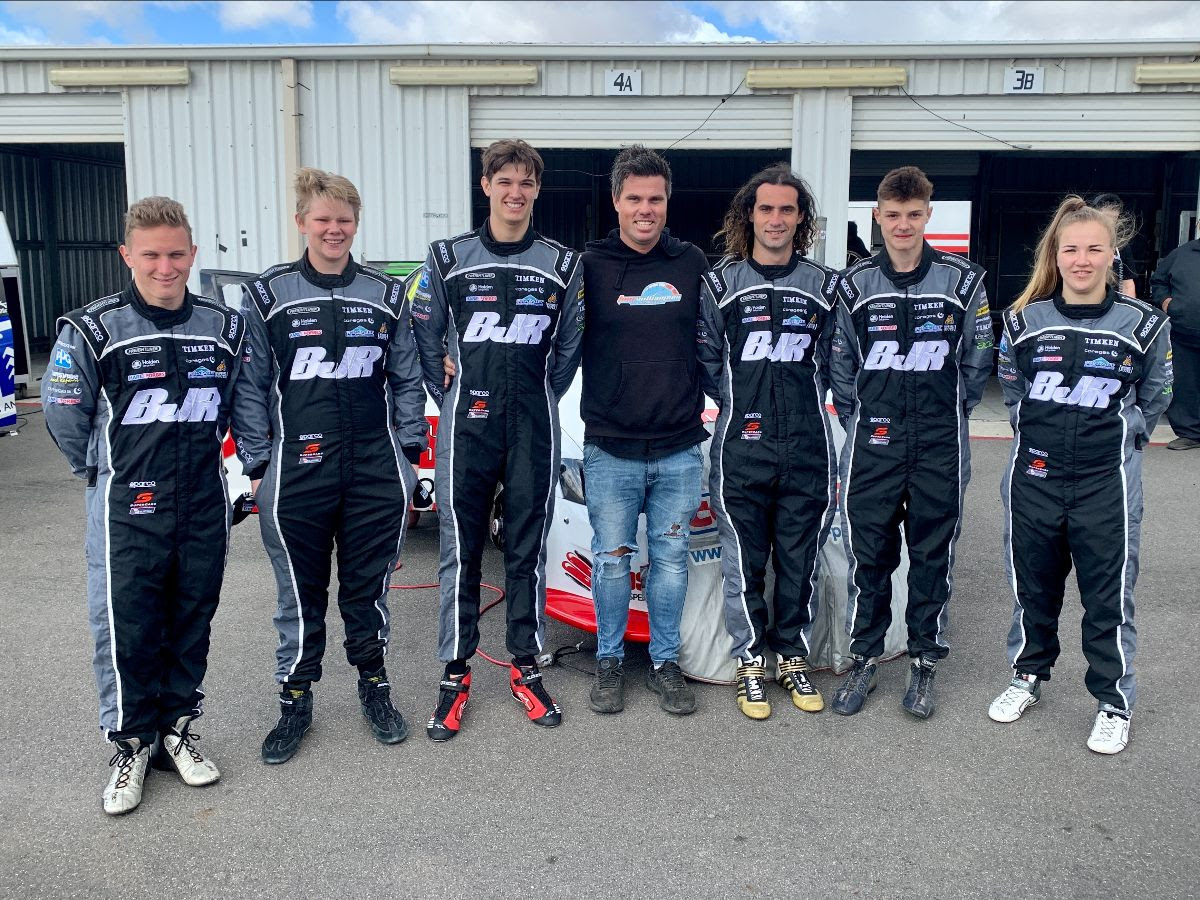 Brad Jones Racing has given six up-and-coming drivers and its Eseries competitors a chance to sample a Supercar at Winton Motor Raceway.

The young drivers were selected by Tom Williamson through Brad Jones Racing’s association with the TWM Junior Development Team.

“Everyone exceeded my expectations on track and I was very proud,” said Williamson.

“These track days are so important to give the guys and girls a feel of a real Supercar and it gives them goals to work towards.

“It was a very positive day overall and they all worked so well with BJR’s engineers.”

Supercars Pro Eseries competitors Jake Burton and Madison Down were also invited to test with the team.

Burton, who has real-world experience in Aussie Racing Cars, was buoyed by the opportunity to drive a Supercar.

He raced with Down and Souslin-Harlow in the recently concluded Supercars Pro Eseries.

“It was an interesting competitive dynamic with my Eseries team-mates Madison and Jackson, as we’ve been trying to beat each other for six weeks,” said Burton.

“But yesterday it was all about learning together and helping each other out.

“It was awesome to work alongside the entire BJR team, especially engineers Andrew Edwards and Tony Woodward who’ve been helping us through our Eseries campaign.

“I’m once again very thankful to Brad and BJR for making the test day and the whole 2020 Supercars Eseries possible for me, and I’m very excited to see if we can do it all again in 2021.”

Down, who has raced in the Toyota Gazoo Racing Australia 86 Series, was pleased to be back behind the wheel.

“The feeling of the car, the sound, the precision in the way it feels, everything about it was simply awesome,” said Down.

“From a driver’s perspective, I felt as though I took as much from the experience as possible and enjoyed it thoroughly.

“From a sim to reality point of view, the way to achieve the speed from the car seemed to be similar and came naturally.

“The feel of the car had its differences especially when it came to muscle memory. But the same principles apply when it comes to driving technique.

“Overall, I’m over the moon with how I drove the car today, I don’t think I could’ve got any more out of it with the laps I had.

“A big thank you to the whole team at Brad Jones Racing for making it all happen. I had a ball and it was great to spend a day face to face instead of over the internet virtually.”

Brad Jones Racing is now undergoing “intensive preparation” for the 2021 season of the Supercars Championship.