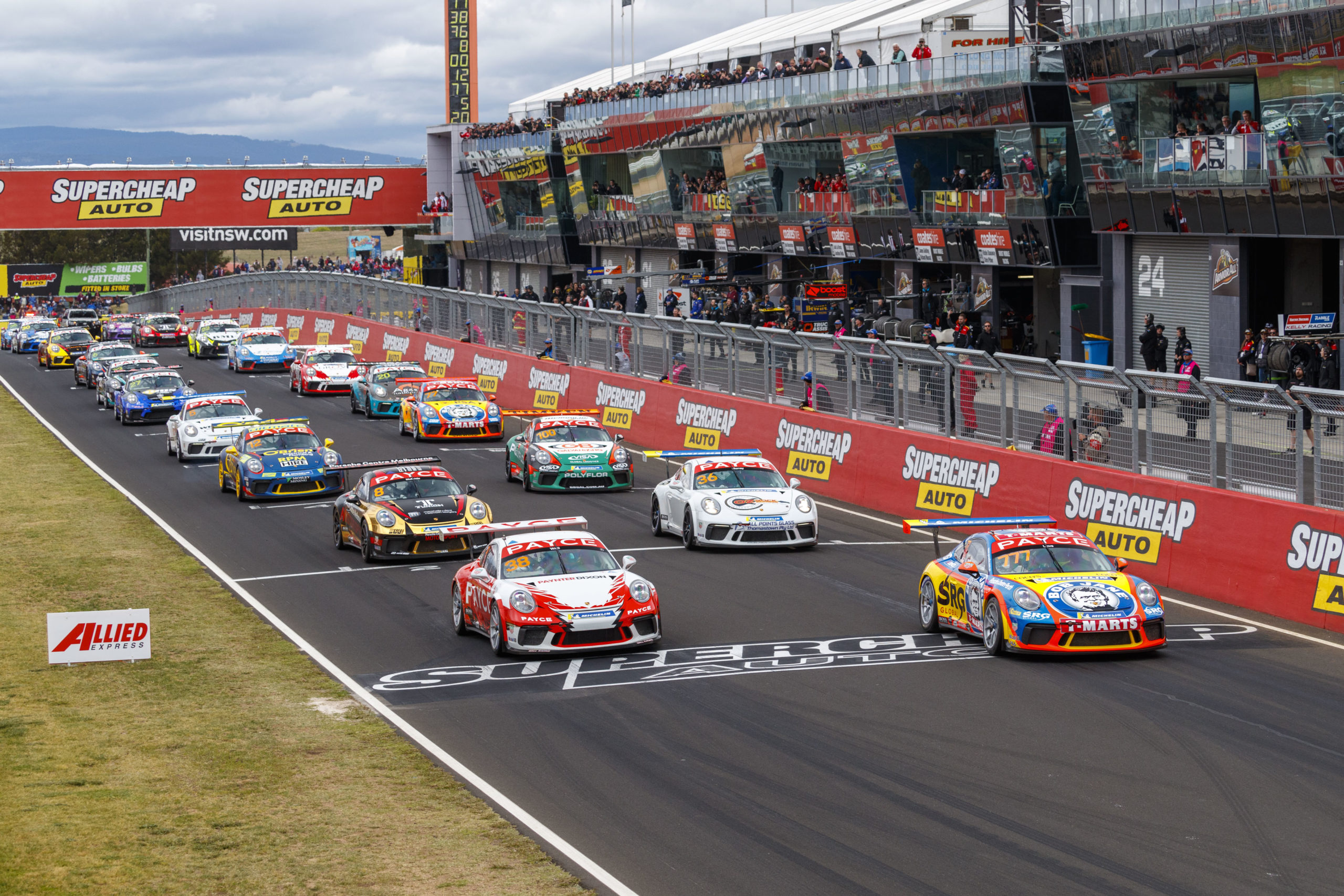 Porsche Payce Carrera Cup Australia has revealed an eight-round 2021 calendar, which includes an event in New Zealand in support of Supercars.

It marks the first time since 2017 that the series has had an international round, the last coming at Sepang International Circuit alongside Porsche Carrera Cup Asia.

The addition of a New Zealand round comes amid closer ties with Porsche New Zealand, which has also put its backing behind the recently announced Earl Bamber Motorsport outfit.

The series will race at a yet-to-be-confirmed circuit on November 6-7, expected either to be Pukekohe Park or Hampton Downs Motorsport Park.

Tory Bundy, Porsche Cars Australia Head of Motorsport, said the New Zealand round of the series will be a “real highlight” of the 2021 calendar.

“After the restrictions to our 2020 program, it’s great to announce our 2021 calendar which will see our drivers continue to race at the biggest motorsport events of the year, in front of the biggest crowds, enjoying the best support and television package available,” said Bundy.

“We strive to deliver a premium class experience for all our customers, teams, and sponsors, and with the support of Porsche New Zealand this year, the New Zealand race promises to be a real highlight.”

For the first time since 2011, the one-make series will kick off its campaign at the Albert Park Grand Prix Circuit.

Round 1 will take place on March 18-21 in support of the Formula 1 Australian Grand Prix.

Round 2 takes place at The Bend Motorsport Park on May 8-9, the first of seven events supporting the Repco Supercars Championship.

Round 3 follows at the Reid Park Street Circuit in Townsville on July 9-11.

The series will feature at the Sydney SuperNight at Sydney Motorsport Park on August 20-22 for Round 4.

Round 5 sees Porsche racing return to Wanneroo Raceway in Perth for the first time in eight years on September 11-12.

Round 6 will take place at Mount Panorama in support of the annual Bathurst 1000 on October 7-10, which will be followed by the New Zealand round on November 6-7.

Finally, the season will conclude on December 3-5 at the Surfers Paradise Street Circuit on the Gold Coast.’

“We‘re equally glad that Porsche Payce Carrera Cup Australia will again be the premier support category on the Repco Supercars Championship for next year,” Bundy added.

“I would like to thank our valued partners, as without them we wouldn’t be able to reinvest that support back to the drivers and customers through improved calendars, television packages, prizes as well as our Michelin Junior Development Programme.”