Ocon ‘cried on the line’ after clinching maiden podium

Ocon ‘cried on the line’ after clinching maiden podium 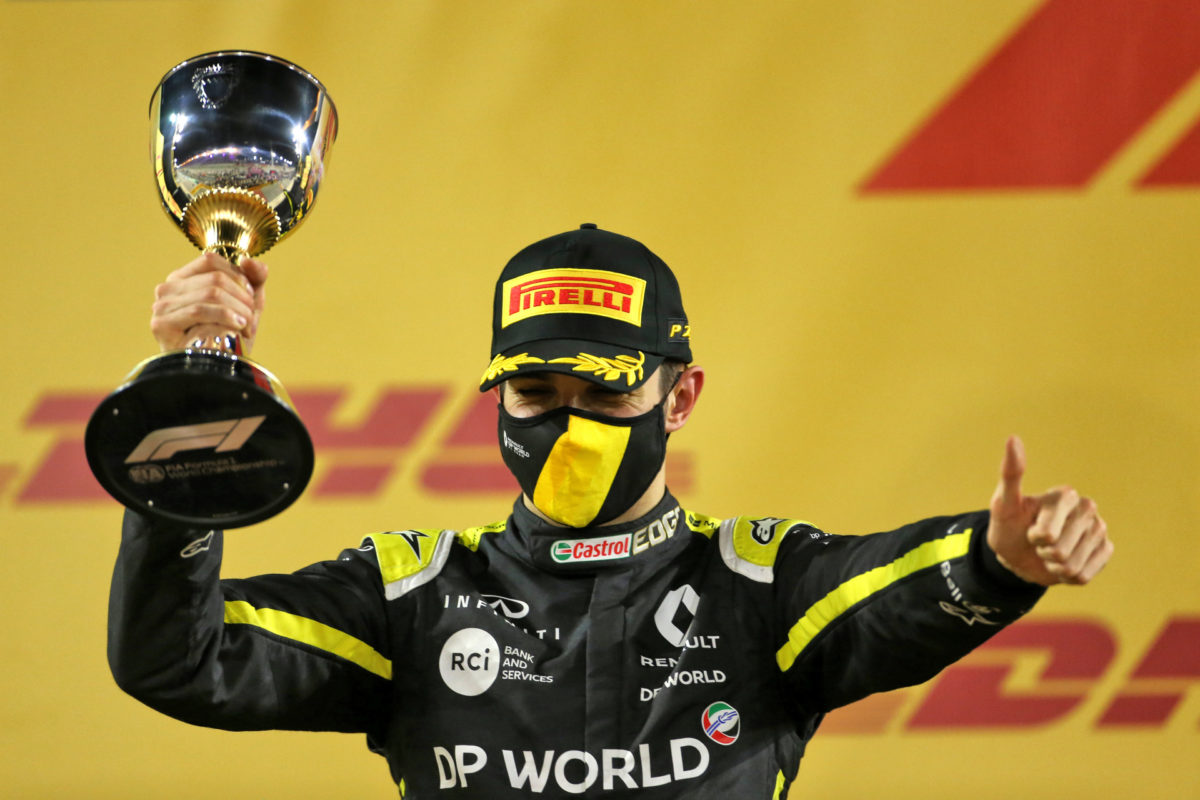 Esteban Ocon admitted he cried when he crossed the line to clinch a maiden Formula 1 podium in the Sakhir Grand Prix.

In his 66th start, Ocon claimed Renault’s first top-two finish since Robert Kubica at the 2010 Australian Grand Prix despite starting the race from 11th.

The 24-year-old had previously finished fifth three times in his career, and became the 23rd French driver to finish on the podium.

Ocon’s first season in F1 following a sabbatical in 2019 hadn’t gone to plan prior to Sakhir, having scored just 42 points to team-mate Daniel Ricciardo’s 102 ahead of the race.

A series of reliability dramas had hindered Ocon’s development with the team, while a good start in Turkey was wasted following Lap 1 contact with Ricciardo.

An outburst of emotion in parc ferme demonstrated Ocon’s satisfaction in finally reaching the podium, having lost his Racing Point seat at the end of 2018.

“I have no words. I cried on the line, that’s how much emotion is going through my mind actually now,” he told reporters.

“It’s been a tough season on our side. It hasn’t paid off all the time but we never stopped pushing. We kept working hard, we kept staying motivated.

“At the moment where less and less people are believing in you, it’s important to believe in yourself and today we made it happen and I’m very pleased with it. It’s hard work but it has paid off.”

Ocon was replaced by Lance Stroll at Racing Point at the end of 2018 following its purchase by his father Lawrence.

A season as Mercedes’ reserve driver kept him close to the F1 fold, before Ocon returned with Renault in 2020 as Nico Hulkenberg’s replacement.

It was a decisive performance by Ocon in Sakhir all weekend, with the Frenchman demonstrating top-four pace in Free Practice 2 and 3.

After a disappointing qualifying, Ocon started on medium tyres and stopped just once, before benefitting from a Mercedes pit stop nightmare to seal a maiden podium.

Ocon paid tribute to his parents, who he said stuck by his side when he questioned his F1 career following his 2018 sacking.

He also believes the Sakhir result will help stave off critics.

“They must be unbelievably happy. I will be spending a good time with them,” he said regarding his parents.

“(A podium) was coming but it never really paid off until today. Today we made it happen. Very pleased. I think this is what was waiting around but we didn’t get the luck we wanted each time.

“All the emotions that came when I crossed that line, unbelievable. I never cried for anything but I tell you, today, the tears, they came, and they came for a good reason. So I’m really happy.

“When you are not performing at the best in this sport it’s something very difficult as you are getting critics… but the people around you, who are important, they always support you.

“That has helped me a lot and the team has helped me to keep believing in myself and keep pushing and today we did so, so very pleased with that.”

The 2020 season will conclude at this weekend’s Abu Dhabi Grand Prix.