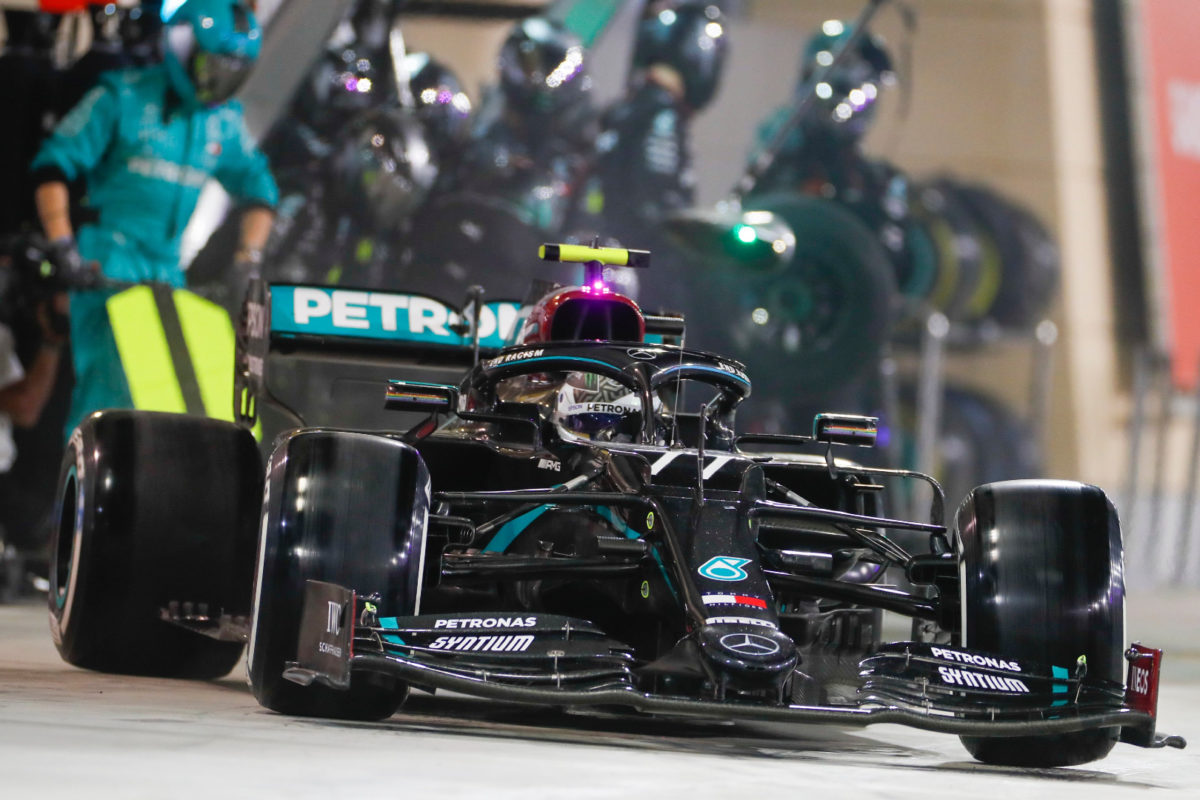 George Russell, standing in for Lewis Hamilton, dominated the opening half of the race after stealing the lead from pole-sitter Valtteri Bottas on the run to Turn 1.

However, Mercedes’ bid for a one-two finish went begging after a late Safety Car period saw both cars drop to the midfield following a botched double stack attempt on Lap 62.

Amid jumbled radio messaging, tyres allocated for Bottas were fitted to Russell’s car. The Briton was forced to return to the pits, while Bottas was stationary for 27 seconds as the team tried to resolve the situation.

Bottas dropped down to eighth by race’s end, one place ahead of Russell who was again forced to the lane for a puncture.

Mercedes Team Principal Toto Wolff later admitted the radio confusion was a “colossal f**k up”, with Russell left “hurt” by the end result.

Shovlin explained that the confusion arose from different conversations being transmitted when team and drivers spoke at the same time.

“A frustrating result when we were looking very strong for a one-two finish and a win for George,” Shovlin said after the race.

“The pitstop issues were linked to the way our radio system handles the priorities of messages which caught us out in a big way.

“As the Safety Car came out, we were calling for the crew to be ready, and for the tyres for each car to come into the pit lane.

“At the time that message was going out, another radio message for a very brief period prevented one of the key messages getting through to one set of tyre collectors.”

The initial incident, caused by debris left behind by Williams’ Jack Aitken, triggered a Virtual Safety Car. When the full Safety Car was deployed, Mercedes made a late call to pit Russell and Bottas.

The pit crew were seemingly unprepared, leading to Bottas’ medium front tyres being fitted to Russell’s car. Despite the crew realising the error during Bottas’ stop, the Finn failed to recover his already faltering race.

Shovlin admitted that having half the pit crew unaware was enough for the drama to unfold.

He added the previously unseen glitch came at a desperately unfortunate period considering it was Russell’s first race with the team.

“It’s something that’s been lurking in there and could have caught us out at any time over the past few seasons,” he said.

“The ensuing problems were all a function of this single issue and certainly not the fault of anyone in our pit crew who have done a great job all year.

“That obviously caused huge damage to both driver’s chances, both losing positions and Valtteri not even getting the fresh rubber we’d planned to fit.

“George did a great job fighting back through the field, but it was clear his bad luck wasn’t over when we spotted a slow puncture caused by debris in the final laps.

“We had no choice but to stop… however, he was determined to not give up and did a great job recovering into a points-scoring position and claiming fastest lap.

“We’ve still got some work to do unpicking the issues that caused our problems at the pit stop, but we have time to do that properly before the next race.”

The season will conclude at this weekend’s Abu Dhabi Grand Prix.