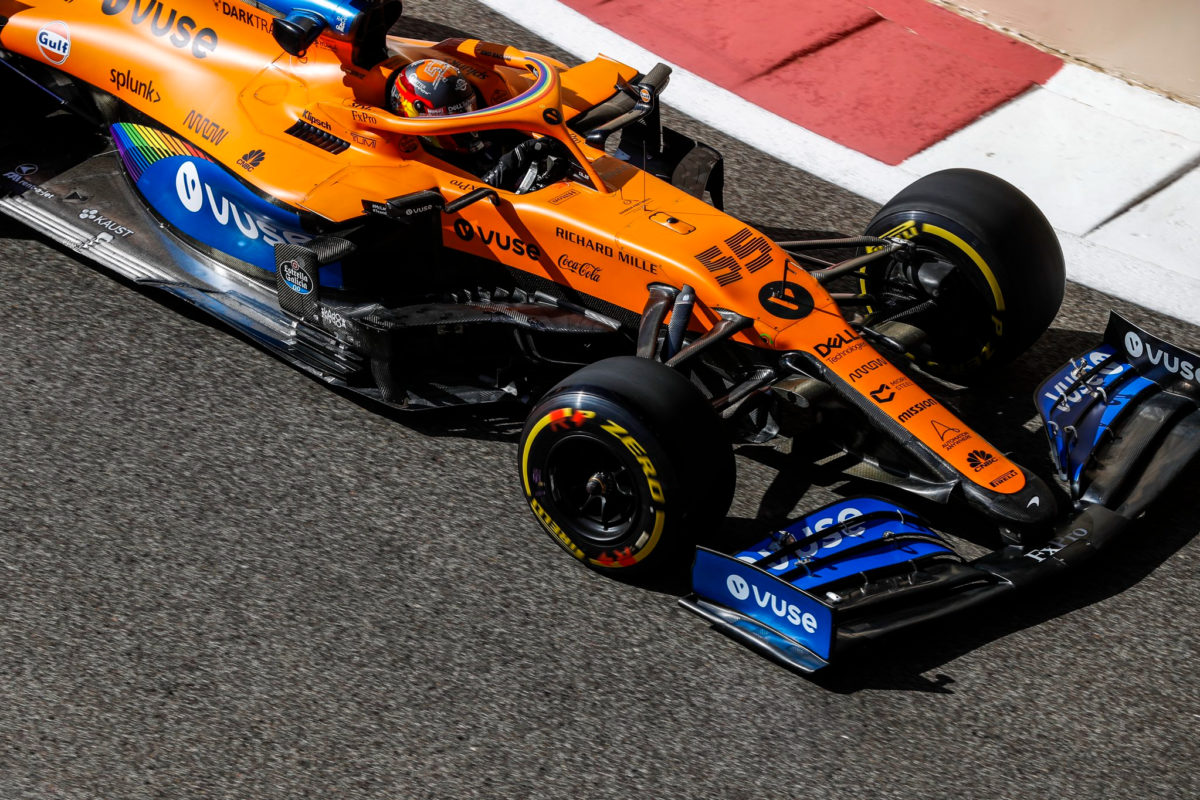 The FIA has permitted drivers who haven’t raced in 2020 to compete in the test initially slated for young drivers.

Sainz will move to Ferrari in 2021, and has stated he is keen to do the test for his new employers.

In a bid to save money, both Racing Point and McLaren opted against running in the test.

The FIA’s decision, confirmed last week, came amid Renault’s lobbying to have 2021 recruit Fernando Alonso run at the test.

Sebastien Buemi (Red Bull) and Robert Kubica (Alfa Romeo) have since been confirmed for the test.

Ferrari is now lobbying to have Sainz take part in Abu Dhabi, joining rival teams in claiming Renault will gain a sporting advantage in running Alonso at the test.

“The regulations are clear… so I don’t see any way that Carlos is driving (for Ferrari at the test),” Seidl said prior to the Sakhir Grand Prix.

“For us, it’s clear that based on the regulations that exist, we can’t run there with an active F1 driver.

“That is why we made the decision, together with all the other teams already in April, that we don’t take part in this test.

“And at the moment, I think that is still valid. From our point of view, there’s no plan to do this test.”

Alonso will replace Daniel Ricciardo next season, who will in turn replace Sainz at McLaren.

Seidl was adamant the test should be reserved for young drivers, and said McLaren wouldn’t backflip on its decision to not take part even if it was opened up to all drivers.

“It’s a young driver test… I only know what the rules are saying. And if someone else decided different, there’s nothing I can do against it,” he said.

“We have no intention to take part in this test. The rules are pretty clear, it’s not possible to test with an active race driver.

“We’re looking forward to getting Daniel on board from January onwards, he’s an experienced driver with an experienced team, and I’m sure we will be in good shape in the next year.”