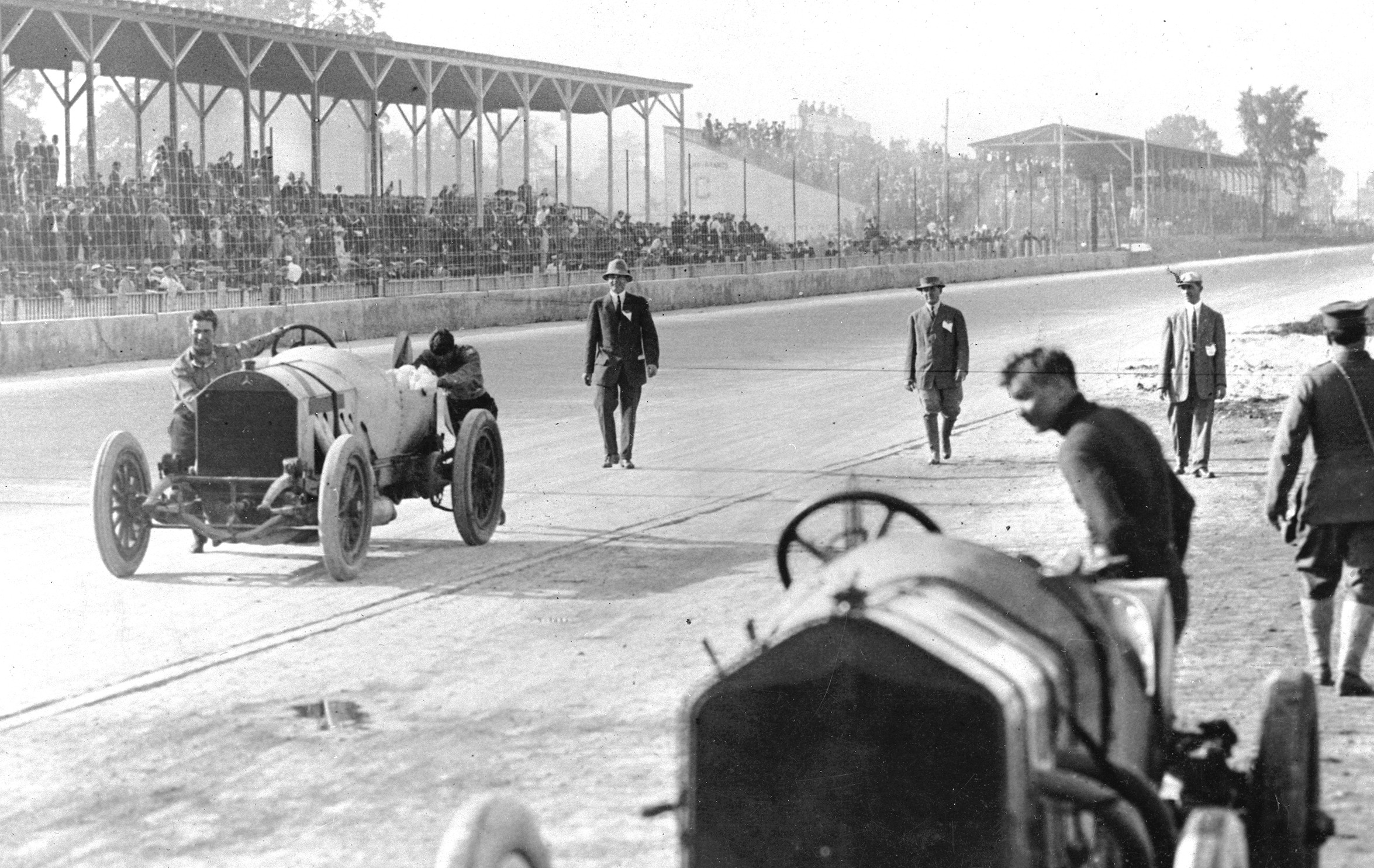 Today’s excerpt looks at the final laps of Australian Rupert Jeffkin in the second Indianapolis 500 in 1912, a race which almost gave Australia its first winner. Ironically it was some 106 years later that Will Power would eventually achieve that feat.

Rupert Jeffkins couldn’t believe it. He’d clung to the wooden-framed seat of the works Mercedes for almost 199 laps of the 1912 Indianapolis 500 and he was less than 4 miles (6.4 kilo- metres) from the finish line and victory. This was to be the turning point of his career—the big boast he could carry with him for the rest of his life. He was going to win the World’s Greatest Motor Race. He was going to be Australia’s Speed King.

Okay, so he was the riding mechanic. The driver was the imperious Italian Ralph De Palma. But the riding mechanic was a vital part of the team. He wasn’t just along for the ride. His job was to pump fuel from the tank to the engine. There was a brass plunger at his feet—a bit like a bicycle pump—and he’d work it like crazy to keep the fuel flowing. Then there was the oil.

These babies chewed through oil at a rate of almost a litre every 10 miles (16 kilometres). The oil reservoir was almost as big as the fuel tank and he had to keep pumping that too.

The riding mechanic was the eyes and ears of the car.

De Palma, the Italian, only had to look forward. Rupert needed to keep an eye on all that was going on around them— not that there was much need for him to look behind. They’d been the class of the field. From the time they assumed the lead on lap three, they’d sprinted away. No one was catching them. They were, incredibly, five and a half laps ahead of the locally built National driven by 22-year-old Indianapolis resident Joe Dawson. They had eleven minutes up their sleeve. But they had paid a heavy price for their pace. The much-vaunted brick surface was physically demanding on the cars and their crews. They were being pummelled. De Palma’s hands and forearms were so cramped and sore from hanging on that Rupert had to reach across and help steer the car. It was hard for them to see, hard to think.

Maybe that’s why he missed it. On lap 196 of 200, the big Mercedes (it would be another fourteen years before Benz joined the party) started to slow. It was almost imperceptible at first and De Palma pressed on. But then smoke started to billow. Damn. Jeffkins was in charge of engine management. The spirit level gauge on the wooden dash in front of him told him how much oil he had to pump into this monster of a motor. Why had he not seen it? Or was it something else? 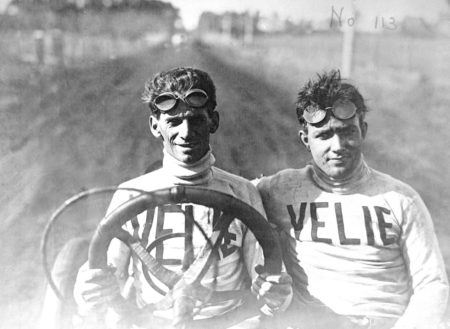 Slowly—but with enough margin for them to reach the finish ahead of the other competitors—they crept on, with   cars passing them now, including Dawson unlapping himself. Surely, though, they’d be okay. Don’t accelerate. Coast. Use the throttle as little as possible. Let momentum do its work, Rupert told himself.

They had been averaging better than 80 mph (128 km/h) and before this major problem they had been expecting to make it to the chequered flag in just a tad over six hours. They could afford to extend that time; they had the margin.

And then, bang. Coming into Turn Four, a conrod snapped, blowing a hole in the crankcase. All Rupert’s remaining pure mineral oil, with its heady, intoxicating aroma, spewed onto the bricks, accompanied by heavy metal shrapnel ricocheting down the track. The massive Mercedes came to a halt.

They weren’t sure whether they were on their last or their penultimate lap. All they knew was that halfway down the five-eighth mile (1-kilometre) main straight, a chequered flag was beckoning. By now both occupants had jumped out of the car and had begun to push. Jeffkins was at the rear of the car, shoving with all his might. De Palma walked alongside, guiding the steering wheel and perhaps applying some degree of forward motion.

There were 80,000 people at Indianapolis Motor Speedway that day. Some had already begun to leave, certain that victory was going to the big, grey Number Four and that the local car and driver would be vanquished. Suddenly, they rose to their feet. They may not have come to the racetrack that day to cheer the Merc home, but they were damned sure they were going to applaud this heroic effort. Their ovation started as a small rumble and grew to become a roar of approval and support.

Joe Dawson and riding mechanic Harry Martin ploughed ahead. They, too, weren’t certain of their situation so they com- pleted two additional laps, just to be certain. There was no disputing the result. The rules stipulated that a car had to finish under its own power and it had to complete the full 500 miles. The Mercedes had done neither. There was one more lap to go, and in their wildest dreams they couldn’t push the car that far.