Disgruntled Stroll believes he ‘could have won’ Sakhir GP

Disgruntled Stroll believes he ‘could have won’ Sakhir GP 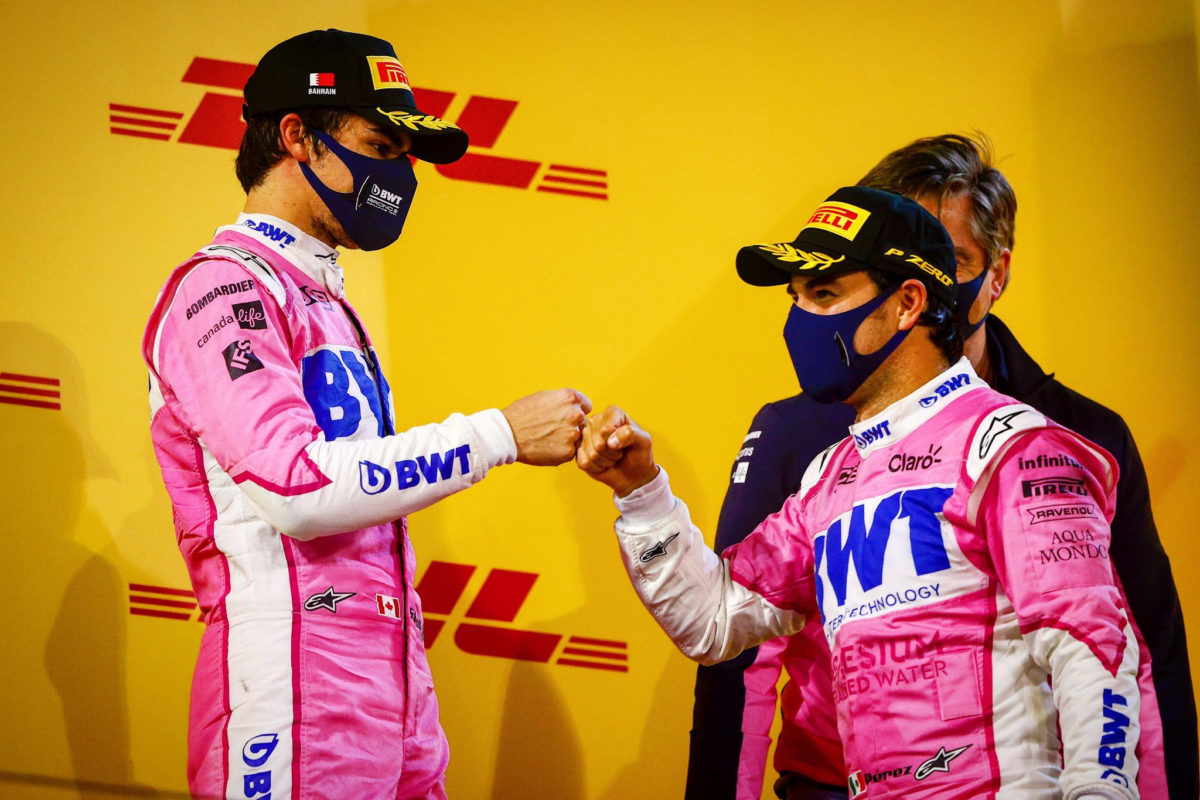 Lance Stroll believes he could have claimed his maiden Formula 1 victory at the Sakhir Grand Prix if not for key errors midway through the race.

Stroll finished third in the 87-lap epic, which was won by Racing Point team-mate Sergio Perez.

The race marked the first grand prix win for Racing Point and Perez, who was 18th on the first lap following an incident with Max Verstappen and Charles Leclerc.

On Lap 42, after Stroll made his only stop of the race, the Canadian ran wide at Turn 1 to allow Renault’s Esteban Ocon through, before a heavy lock-up at Turn 4 helped Perez past.

Perez later accounted for Ocon, and after dramas for the leading Mercedes duo and McLaren’s Carlos Sainz, the Mexican took the lead and won his first race in 190 starts.

Renault’s Ocon claimed his maiden podium with second, with Stroll defying a fast-finishing Carlos Sainz to clinch a third career podium to help Racing Point to a one-three finish.

However, Stroll believes a maiden win could’ve been his had he not made his crucial Lap 42 mistakes.

“Amazing race for the team… part of me is a little bit disappointed. I think I could have won the race,” Stroll said.

“I went a little bit deep on my pit exit after my pit stop and Esteban managed to get by me. Then I just didn’t have the pace. I locked up (and) Sergio went by.

“I didn’t have the pace to overtake Esteban, so I got held up there a little bit. All in all, very happy for the team.

“I mean, it’s an unbelievable result and first and third is exactly what we needed this weekend for the championship.”

Stroll also heavily flat-spotted his tyres behind Ocon as the Safety Car entered the pits at the end of Lap 68.

“I was late on the DRS out of (Turn) 3 and Sergio got a good run on me and then I was defending and I just miscalculated and braked a little bit late and locked up,” he said.

“One of those things. But I’m super happy for Sergio. He’s got a couple of races left for the team and he’s been up there such a long time waiting for the win and it came this weekend so really happy for him.

“The Safety Car at the end spiced things up, so we were all wheel-to-wheel, racing for the podium.

“Sergio pulled away but between the rest of us, I was slowly catching Esteban, not quite enough to get on his DRS but then I had Sainz behind me that was hunting me down.

“He had some good pace so it was very tense there in the last few laps but great to keep the podium.”

Racing Point is 10 points ahead of McLaren in the battle for third in the constructors’ championship ahead of this weekend’s Abu Dhabi season finale.