Bottas: Being outpaced by Russell at Sakhir ‘not ideal’

Bottas: Being outpaced by Russell at Sakhir ‘not ideal’ 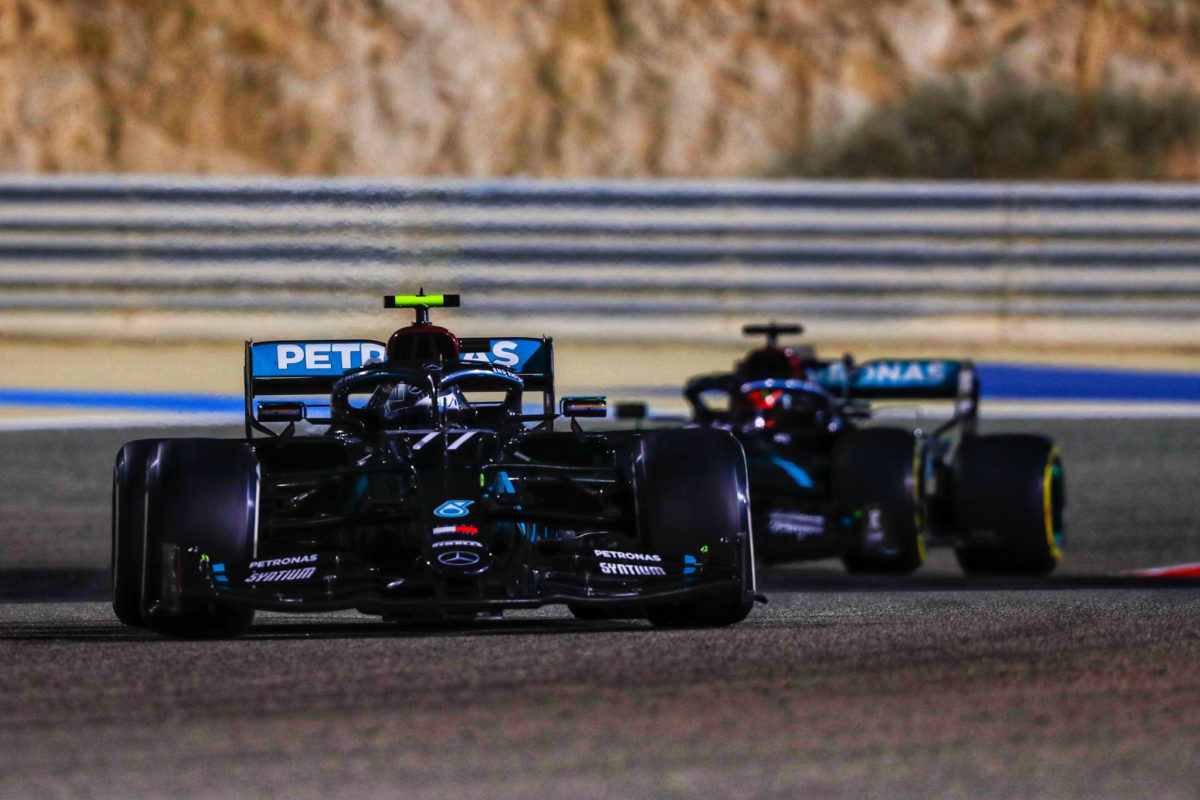 Valtteri Bottas says being outpaced by stand-in Mercedes driver George Russell “was not ideal” as Toto Wolff admitted the Finn “did not shine”.

Bottas narrowly clinched pole position from Russell on Saturday, although it was expected that his familiarity with the W11 would help him in the race.

However, Bottas came home eighth in a horror outing for the team which was punctuated by a pit stop nightmare and puncture for Russell.

Russell took the lead off the line and drove away from his more experience team-mate, with Bottas dropping from three to eight seconds adrift by the time he rejoined the race following his Lap 49 stop.

When the duo pitted under the Safety Car on Lap 62, Russell was accidentally fitted with tyres allocated to Bottas, who was left on his 13-lap-old hard tyres after a bungled 27-second stop.

However, the most telling moment came on Lap 70 after the Safety Car restart, with Russell outmuscling Bottas through the Turn 4-Turn 7 section of the outer circuit to steal fourth.

Critically, Racing Point’s Sergio Perez, who survived a Lap 1 tangle with Max Verstappen and Charles Leclerc, was able to win the race on hard tyres that were two laps older than Bottas’.

On the cool-down lap, Bottas’ race engineer Riccardo Musconi admitted: “Sorry for the mix-up, but I think we need to be a lot better than this”.

Speaking to Sky F1 Germany, Mercedes Team Principal Wolff added: “I need to talk with (Valtteri) and his crew… but yeah, he did not shine today”.

Bottas said he wasn’t concerned about Russell’s potential before the race, but admitted the result didn’t look promising.

“I knew that was going to be a long race ahead, so I don’t think about those kind of things,” Bottas said after the race.

“But now thinking about it, for sure, if you don’t know things, then I’d have looked like a complete c*** and a fool. So that’s not nice.

“It was a pretty bad race for me from that side, and it will be very easy for people to say a new guy comes in and beats the guy who’s been in the team for a few years.

“I don’t know what to say really. Not ideal, obviously, this weekend.”

Russell’s charge suffered another blow when he was forced in for a puncture, but recovered to claim the fastest lap and was just three seconds down on Bottas by the chequered flag.

Bottas said being on worn tyres left him with little chance to defend following the Safety Car period.

“That was a nightmare, being on the old, hard tyres, that had already lost a bit of temperature in the pit stop,” the 31-year-old said.

“Against guys with fresh mediums around, I was like a sitting duck.

“It was a pretty nightmare situation.”

The season will conclude at this weekend’s Abu Dhabi Grand Prix.