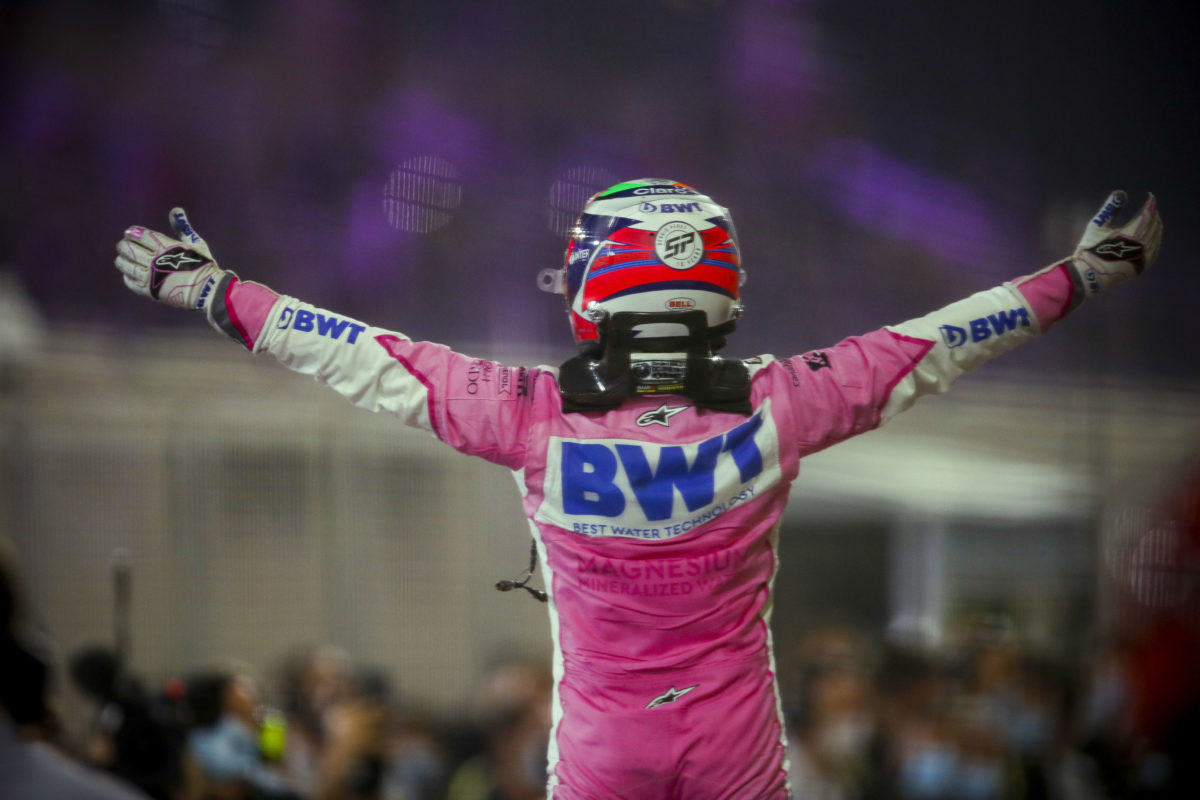 Victory in the Formula 1 Sakhir Grand Prix is a dream come true for Sergio Perez after he became the first Mexican to win a world championship race since Pedro Rodriguez in 1970.

While Mercedes imploded in the second half of the race, Perez put in a solid drive throughout the 87 lap affair to capitalise on the opportunity presented to him.

Crossing the line to win, the 30-year-old broke down in the car as he claimed his first F1 success at his 190th attempt.

“I hope I’m not dreaming because I dreamt so many years being in this moment,” Perez said.

Having started fifth, Perez found himself pointing the wrong way at Turn 4 on the opening lap after Charles Leclerc tagged the rear of the Racing Point.

While Leclerc and Red Bull’s Max Verstappen were eliminated from the race in the incident, Perez was able to recover to the pits where a set of medium compound tyres were bolted on.

He rejoined in 18th, before making strong progress throughout the remainder of the race.

“After the first lap the race was again gone, same as last weekend, but it was all about not giving up, recovering, going for it, just making the best we possibly good,” Perez explained, referencing his late retirement from the Bahrain Grand Prix last weekend.

“This season, the luck hasn’t been with us this year, but we finally got it and we won today on merit.

“The Mercs had some issues but I think in the end my pace was strong enough to hold George, who had a fantastic race today.

“I did a big mistake during the Safety Car, I locked up my front left tyre badly,” he added.

“During my first stint, I had so much vibrations throughout the stint but as soon as I recovered after the second stint I told my team ‘this car feels like a limousine, so easy without the vibration’.

“We had tremendous pace and I think we read really well the race throughout the weekend.

“We came here thinking it was going to be a two stop, but straight after my long run on Friday we knew what we had to do today.”

Set to be replaced at Racing Point next season, at which point the team will become known as Aston Martin, Perez is without a drive for 2021.

Though linked with a move to Red Bull in place of Alex Albon, who finished in sixth, there are no certainties for the Mexican.

“It just gives me a bit more peace with myself, to be honest,” he answered when asked what the win does for his 2021 chances.

“What happens is not so much in my hands at the moment.

Perez now moves to fourth in the drivers’ championship on 125 points, 13 clear of Daniel Ricciardo with just the Abu Dhabi Grand Prix next weekend (December 11-13) still to run.